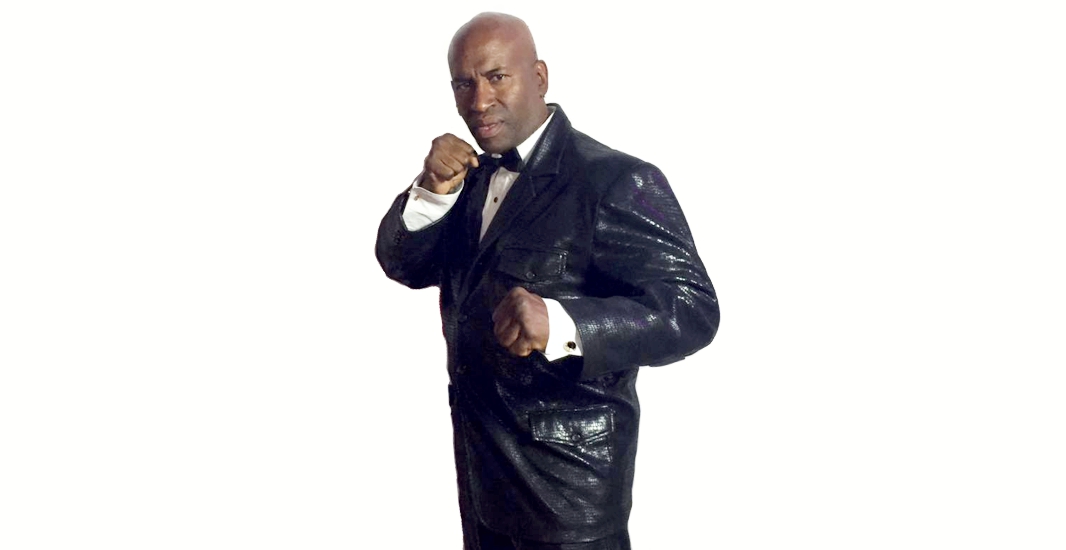 Esau McKnight was born and raised in Houston, Texas. He graduated from high school in 1977 and started training in Korean Tae Kwon Do and Okinawa karate under the direction and leadership of Grandmaster Kim Soo.

He developed the love for martial arts early on and competed and won first place as a white belt in a local karate tournament. He along with his brother Don McKnight also a master in kung-fu created and developed a performance team entitled the McKnight Brothers / Brothers of the Martial Arts. They performed as an opening act for local venues, parades, talent shows, festivals and tournaments all over the United States

In 1982 he received his 1st Degree Black Belt. Esau served as an assistant instructor to Grandmaster Kim Soo at the University of Houston and Rice University for 4 years.

In the year of 1984 Master McKnight developed a karate based aerobic fitness exercise entitled Kaerobics the best described as basic karate fundamentals performed rhythmically to music.

Esau McKnight’s has worked as a background actor, stand-in actor and principle actor on several sit-coms, drama and feature films such as Spy Hard with Leslie Nielsen, Blade with Wesley Snipes, Batman Returns and Nutty Professor just to name a few. Master McKnight has been featured on TO TV as host of the TV show “Self-Defense for Kids”, KADY TV talk show “IN THE SPOTLIGHT” and KEYT TV show “KIDS FIRST”. (More About Actor Esau McKnight)

Esau McKnight owned and operated Esau McKnight Tang Soo Do Emporium which had been located in the city of Thousand Oaks and he was one of the premiere instructors in Ventura County.

Master Esau McKnight believes that an experience instructor conditions his or her students physically as well as mentally through traditional eastern philosophies that strengthens ones character, spirituality and physical being. My goal is to teach and educate people about the martial arts so that one can create a better way of life.

His martial arts school recently closed and he has since been pursing his acting career.

Esau McKnight serves as a board member to the “Masters Hall Of Fame” and was the CEO of the Ventura County Chapter Of Master’s And Martial Artist.