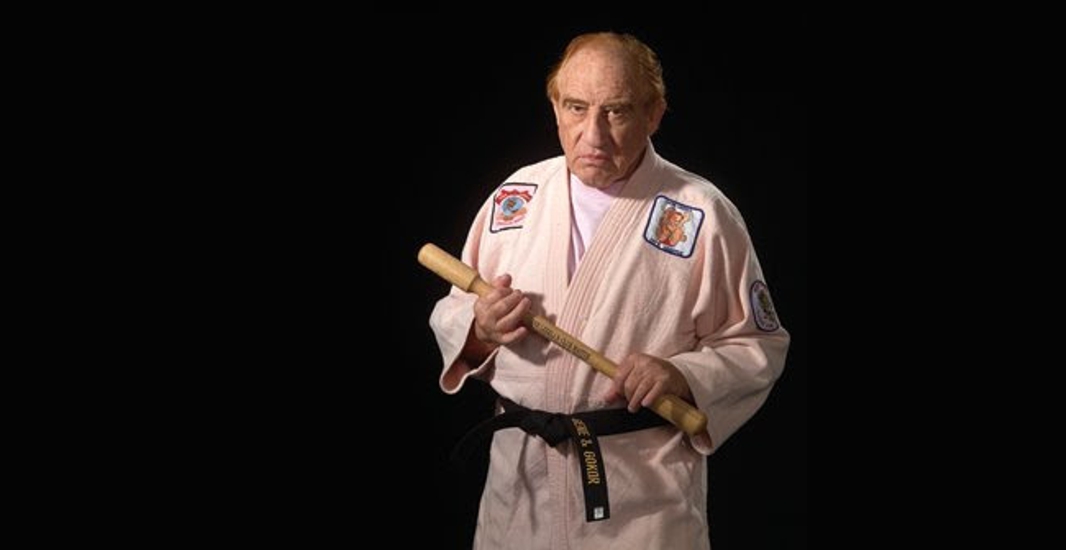 Judo Gene has been dubbed “The Toughest Man Alive” by his peers. His exploits in and out of the ring are legendary. In addition to his decades in the martial arts, wrestling and boxing, he is also one of Hollywood’s hardest working stuntmen. In fact, it’s almost impossible to go to a flick or turn on a TV show without seeing Gene somewhere in the frame.

Among his many accomplishments in the martial arts is Gene’s unique ability to constantly create new ways to use old skills. An example of that is how Gene has combined the arts of Japanese judo, professional and amateur wrestling with Philippine escrima (stick fighting).  The result of this “martial arts marriage” has evolved into a method in which a nightstick, or baton can be used to augment judo and wrestling techniques.

“I developed these techniques primarily for law enforcement use,” says Gene. Every year the Los Angeles Police Department is slapped with lawsuits for excessive force. This results in thousand and thousands of dollars lost and a lot of bad publicity. What frequently happens is the police will be forced to use their batons or flashlights to stop someone by whacking them on top of the head. While this is better than shooting them, they still get a bad rap for using excessive force. So I created a method by which they could use their batons strictly as a defensive weapon to block and control a suspect without the need to strike him. This is a great non lethal offensive weapon.”

For instance, imagine someone is lunging toward you and you’re going to throw him using an uchimata, or inner-thigh reap. Instead of only having your hands to grip and off-balance your attacker, you shove the business end of the club around the back of his neck. Your right hand reaches around the back of his neck, grabbing the other end of the club, palm down. Pull the attacker off balance and toward you using your club as a handle. This is perfect, especially if the attacker is much larger and heavier. Once you’ve gripped the club a variety of throws can be accomplished, one of which is done by spinning into the person with your left leg. Hit the attacker’s right inner or front shin with the outside of your right calf and right hip. Lean forward, pulling the attacker’s upper body with you. Your right leg springs and lifts his right leg off the ground. Then slam him to the pavement, and then use the club to apply a finishing or control technique.

These are the same kinds of applications Judo Gene played with as a youngster when he and his friends would wrestle. Always willing to use anything illegal to secure victory, Gene quickly discovered how effectively he could use a club to augment his wrestling holds. He immediately realized that the club gave him a great deal of extension. It was as if he had a third arm with an extra 24 inches of reach to work with. Of course, if you ask anyone that has ever been in the ring or on the mat with Gene they will tell you that he in fact does have an extra 24 inch limb that he keeps tucked under his shirt, using it only when the referee isn’t looking.

“Grappling with a club is pretty much what it is,” says Gene about his techniques. “The club becomes an extension of the arm, giving you a lot of extra room to work with. And there are dozens of come-a-longs you can do with a club, along with locks, throws, arm bars and chokes. A club is a wonderful tool for self defense in the hands of someone who knows how to use it.”

Gene spends many hours training the Los Angeles Police how to use the nightstick in tandem with a variety of control procedures. Although a baton or nightstick can be a lethal weapon, Gene’s techniques are designed to humiliate, intimidate and control an adversary without causing any serious injury.

“The club will also give the user some extra muscle without ever having to do a push-up,” Gene explains with impish implications. “A person’s forearm is pretty soft and it acts a cushion between you and a suspect if you’re trying to control him. But when you wrap the club around a man’s waist or ribs it’s hard and is very painful, making it easier for an officer to get him into a position where he can be held or cuffed.”

Finishing holds are paramount to successful containment, especially when an officer is on his or her own. Knowing how to implement any one of Judo Gene’s club grappling techniques can be the difference between bringing a suspect in a little bruised up or a lot shot up.

“It’s a lot harder for the bad guys to fight or get away when an officer is using a club finishing hold,” says Gene. “I teach them how to slap and catch a suspect with a club, how to execute go-behinds with the club, straight arm and bent arm, wrist elbow and shoulder holds for arrest and control. There are so many ways to effectively control people with a club, even an extremely violent person can be put down and controlled without the use of lethal force by knowing how to use the club in a specific situation.”


While the design of police “nightsticks” may differ from state-to-state the two basic types of club are a regular nightstick, and the cop version of a tonfa which is merely a club with a handle.

According to the master grappler both of these designs have inherent flaws, so he designed a club of his own. The LeBell Grappling Club is 24 inches long with knobs on each end to help stop a person’s gripped hand from sliding off the weapon. The LeBell Club also comes with a snap strap to secure it to a person’s belt.

“There are a lot of club designs on the market,” says Gene. “They all have their good points and bad points. The biggest problem I saw was that a bigger and stronger person could wrestle a regular club away from someone of lesser strength. So I designed a club that would give the user better control.  My club has a knob on both ends. So when you slide your grip down your hand doesn’t come off and you now have stronger control of the weapon.”

The side-handle club, or tonfa is a popular side arm with most police, however Gene quickly discovered that most of the cops he meets have no idea how to use it beyond that as an offensive striking weapon.

“I’ve met a lot of police who use the side-handle club, and most of them just use it to hit people on the side of the head,” Gene says. “Oh sure they can whip it out, spin it, twirl it and do some fancy maneuvers but when it’s all said and done it’s all show and very little go. Just because it looks good doesn’t make it practical.  It’s like a gun fighter who can only twirl his six-shooter.  It looks cool but if he can’t shoot the darn thing what good is it doing him?  That’s why I strongly suggest that law enforcement people learn how to use the club as an offensive and defensive security blanket.”

On the other side of the coin, after spending a few hours with Gene, he is able to teach them how to use their club in a most effective and efficient manner. Following a class or two under Gene’s expert instruction officers can use their club to safely remove suspects from vehicles, block attacks and execute standing takedowns, wrist locks, and it’s a great weapon for spreading a suspect’s legs while conducting a search or handcuffing him. 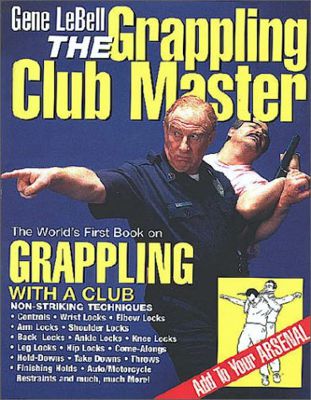 Although Gene isn’t opposed to making a few extra bucks by selling his specially designed club he says that his techniques will work with any kind of club, stick, umbrella, flashlight or walking cane. It’s knowing the application that’s important. Which is why Gene put so much time and effort into his 320-page book, The Grappling Club Master. Which by the way is the world’s first book on grappling with a club. This wonderfully illustrated, easy to follow, step-by-step guide on how to lock ’em, block ‘em, toss ‘em, choke ‘em, and hold ‘em is a must have item for anyone who is serious about extending their knowledge of the arts and self-defense.

“If a person can learn just half a dozen moves, a few takedowns, a couple of submission holds, some go-behinds, and a few come-alongs…that’s all you’ll need,” says Gene. “These techniques can done with anything from a club to a tree limb, a flashlight even a rolled up magazine.”

Ibrahim Janjua: The Making of a Champion

USAdojo - January 21, 2017
We use cookies to ensure that we give you the best experience on our website. If you continue to use this site we will assume that you are happy with it.OkRead more