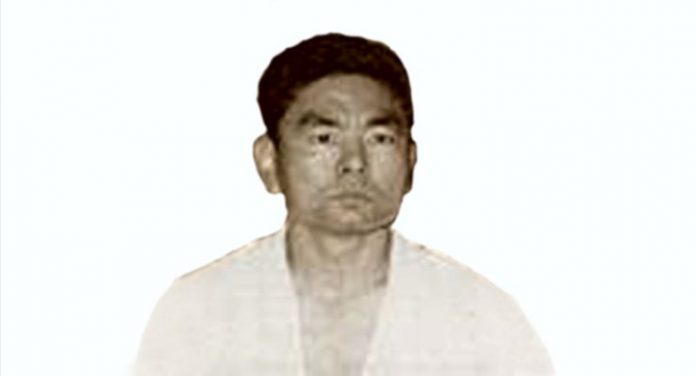 In 1959, Masaichi Oshiro spent a year in Japan where he studied Goju-Ryu under Gogen Yamaguchi. Although he was already in his 30s, he trained relentlessly with high school and college students many years his junior. From there he went to Okinawa for six months where he trained with Yagi Meitoku.

Upon his return to Hawaii, Masaichi Oshiro began teaching again at his Te-Ken Jutsu Kai dojo but instead of teaching Kenpo karate he began teaching Goju-Ryu to his students. This meant that all his students had to begin training again as White Belts. Oshiro and his dojo would sponsor two visits to Hawaii by Yamaguchi, one in October of 1966 which included an exhibition and a tournament was held at the McKinley High School auditorium. The second visit was in November 1969. This time the 1969 Goju-Kai Karate-Championships were held at the Civic Auditorium. Masaichi Oshiro taught Goju-Ryu into the 1980’s, when he retired.

Masaichi Oshiro continues to be sought out by former students and other karateka. Charles C. Goodin once asked Masaichi Oshiro about his long career in the martial arts and Oshiro answered, “I’m glad that I practiced Karate because I enjoyed it. The main thing was that it helped students to become better people and citizens.” We are sure that Gichin Funakoshi would agree.