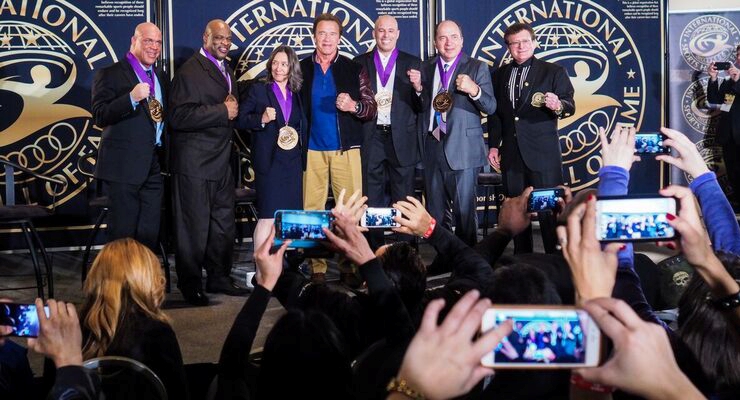 The International Sports Hall of Fame 2016 (ISHoF) induction ceremony was a huge success!  The event was held during the Arnold’s Sports Festival 2016 where 20,000 athletes competed in over 70 sports. The Arnold’s were attended by over 200,000 people. The Arnold Classic Worldwide events are now held worldwide on all 6 Continents.

The International Sports Hall of Fame is a 501(c) Non Profit Foundation established to honor the world’s greatest athlete legends in all sports. The induction ceremonies are held annually every March at the Arnold Schwarzenegger Sports Festival in Columbus, Ohio. The event was founded by Chairman Dr. Robert Goldman, who is also a pioneer in anti-aging and co-founder of the American Academy of Anti-Aging Medicine (A4M).