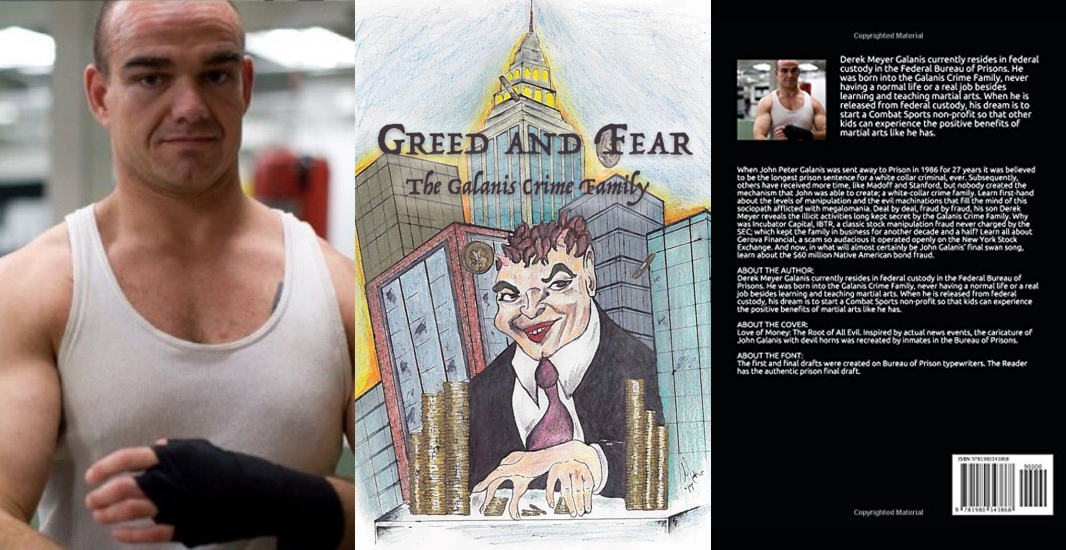 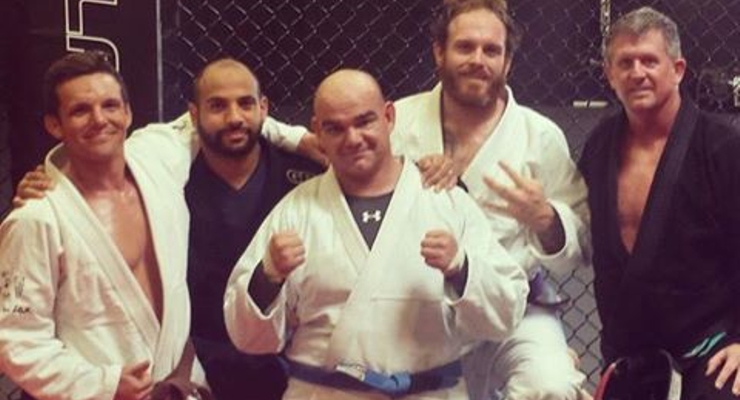 A life long martial artist, Derek Meyer Galanis, has told his story in a book called Greed and Fear: The Galanis Crime Family. The triumph of the book is how the author survived a criminal family and a life of crime through his dedication and devotion to martial arts.

Greed and Fear: The Galanis Crime Family contains the story of the first known white collar crime family and its links to organized crime, frauds, billionaires and even Presidents; all during the rise of MMA and the UFC.

John Peter Galanis was sent away to Prison in 1986 for 27 years and his sentence was believed to be the longest prison sentence for a white collar criminal, ever. Subsequently, others have received more time, like Madoff and Stanford, but nobody created the mechanism that John was able to create; a white-collar crime family.

In Greed and Fear: The Galanis Crime Family shows first-hand the levels of manipulation and the evil machinations that fill the mind of the sociopath, John Peter Galanis, afflicted with megalomania. Deal by deal, fraud by fraud, in his book, his son Derek Meyer reveals the illicit activities long kept secret by the Galanis Crime Family.

Why was Incubator Capital, IBTR, a classic stock manipulation fraud never charged by the SEC; which kept the family in business for another decade and a half? Learn all about Gerova Financial, a scam so audacious it operated openly on the New York Stock Exchange. And now, in what will almost certainly be John Galanis’ final swan song, learn about the $60 million Native American bond fraud. 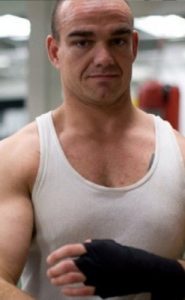 Derek Meyer Galanis currently resides in federal custody in the Federal Bureau of Prisons (BOP). He was born into the Galanis Crime Family, and he never had a normal life or a real job besides learning and teaching martial arts. When he is released from federal custody, his dream is to start a Combat Sports non-profit so that kids can experience the positive benefits of martial arts like he has.

About the Cover
Love of Money: The Root of All Evil. Inspired by actual news events, the caricature of John Galanis with devil horns was recreated by inmates in the Bureau of Prisons.

About the Font
The first and final drafts were created on Bureau of Prisons (BOP) typewriters. The Reader has an authentic prison final draft.

Plus transit-while-incarcerated is intensely grueling, consisting of being shackled for up to 12 hours or more per day, eating cold sack meals, sleeping in cold county jail holding cells, waking at 4 a.m., being reshackled and having to wait in another holding cell for the bus to show up. Repeat as often as necessary.

And if you are a particularly aggressive inmate, or otherwise present the Bureau of Prisons with any difficulty, they cure that with something called “Diesel Therapy.” This is where your transit back and forth across the United States never ends until they have broken you mentally, so you are not a threat.

But I ended up finally in Sandstone, Minnesota. The first thing that shocked me was the prison demographics, which were 30 percent white, 30 percent Black, 30 percent Latino and 10 percent Native American. In San Diego, where I had spent two years, it was 90 percent Mexican, so you can imagine the adjustment. Not that it was bad. Most of the Mexicans that I did time with were great people. It was just initially odd not seeing a Mexican inmate 9 out of 10 times a day.

The first thing I needed to do though was find a job. My initial thought was to go to the law library, and it was a good move. I was still fighting my case on appeal, so I needed access to the legal books required to be in every federal prison. And in any prison, if there are a group of smart guys, you will find them there. Fortunately for me, Sandstone had plenty of smart people.

My first day, I met another fraudster, Gary Lefkowitz. The guy had many of the usual qualities of fraud guys, but his particular emphasis was on control through intellectual bullying. I also made two lifelong friends there. The first one was Nigerian, Pius Ailemen. Anyone who goes to federal prison can tell you that Nigerians are there for one of two crimes: fraud or heroin. In fact, the term “419 scam” is named from the Nigerian criminal code for such conduct.

My friend was not a fraudster, or rather, my friend was not convicted of fraud. He was actually the ultimate fraudster who happened to be a drug dealer, and he occupied an interesting niche in the field. Since both a kilo of heroin and a kilo of cocaine in its indigenous nation costs about $2,000, it does not take a rocket scientist to figure out that if you can get them to the U.S. and Europe, respectively, your markup is astronomical. And that is what my friend did: He was a smuggler of sorts.

My other friend in our little group was a Russian Jew named Boris Lev, from St. Petersburg. His family came over when he was very young, and settled in Chicago. As such, he was always at ease around Black inmates, and less so around whites. But no one ever scared him. Coincidentally he was also a convicted heroin smuggler.

But in the middle of my sentence, my only solace is that there is an Ultimate Judge who runs the world and in the end, only the fortitude and discipline and persistence developed in martial arts gave me the strength to stand up. I am now able to tell my story in the hope that others learn from my path and choose to make better, healthier life decisions.

Victoria’s Story: A Tiny Jitsu-ka With A Huge Spirit

My Karate Odyssey by Hoosain Narker