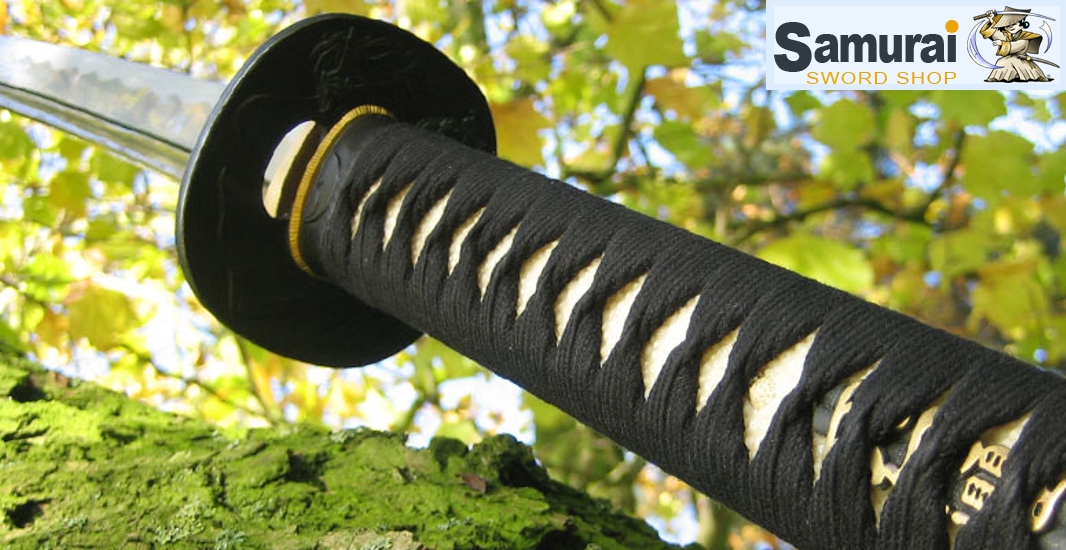 The first proofs of the existence of Japanese Samurai swords in Japan date from 240 BC, during the Yayoi period, when the queen, Himeko, sent a tribute to the Chinese dynasty, Wei, of two swords. At the same time, in 280 BC, they imported numerous iron swords from China. It is supposed that the art of forging the steel came after that from China, through Korea, but the details are still unknown.

In the 5th century the Japanese samurai katana swords appeared on a major scale. They were straight and they were called chokuto. The method of hardening the steel, very specific in Japan for manufacturing of swords, was used for the first time in the 6th century. The period of the straight swords lasted until the beginning of the Heian period (the 8th century), when the fighting style changed, and the fight on horseback became predominant. In order to cope the use of swords with horse riding, they became curve, longer, having a single blade, too, being called tachi. Between chokuto and tachi there are more intermediary styles, the most popular being kogarasumaru (short sword, having two sharp edges) and kenukigatatachi. The term Nipponto or Nihonto (which means “Japanese sword”) refers to curve swords.

Heian period, which is considered the starting point of the history of Japanese swords, is characterized by the fact that many ideologies were imported from China and they were modified so that they become Japanese. Most of the things which we consider nowadays specific to Japan, appeared during this period. During this period, too, appeared the idea of manufacturing swords by smithing, so that the outer surface was rough and the core was soft.

The folded steel samurai swords manufactured and used during this period belong to the class tachi. In the same time, during this period occurred the habit of signing on the sword blades, therefore probably, the oldest tachi sword bears the signature of its manufacturer: Sanjo Munechika, and the oldest Japanese sword which was signed, and which also bears the date of its manufacturing, was made by Namihira Yukimasa.

The defeat of the Taira clan by Minamoto no Yoritomo was the event which marks the beginning of the period Kamakura, but in the same time, it is the event which marks the taking over of the power by the samurai warrior class. It is said that this is the golden period of the Japanese swords, and they became better and better from all the points of view, including the aesthetic one. A characteristic of the swords belonging to that period is the width of the blade – bigger that in the previous period, a small difference between the width of the blade at its base and at its end, and the shape of its end, which most of the times belonged to the ikubi type(which means ,,bull nape”).

Towards the end of the Kamakura period, two Mongol invasions took place (1274 and 1281). The discovery of new samurai weapons, technologies and strategies, proved some weak points of the tachi swords, for example the fact that the end of the blade could be easily broken and it couldn’t be repaired. These experiences accumulated during the battles, affected the future design of the swords.

When the power of the Kamakura shogunate dropped down, the imperial court took the leadership over again, but for a short time – at the beginning of the Muromachi period.

This period is characterized by an almost continuous war. The historic conditions determined in this case the growing in importance of the foot soldier, and in the same time the occurrence of long swords, for both hands, used for powerful, devastating strikes.

Dave Lorrez is a martial artist with great interest in Japanese swords. A great collection of Samurai Swords can be found at his Japanese martial Arts shop.