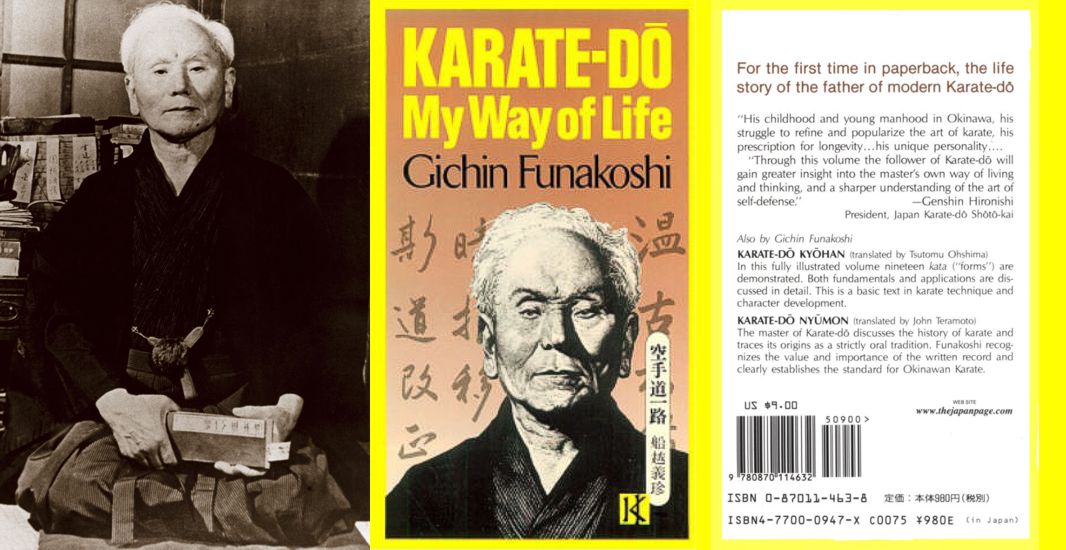 In his book, Karate-Do: My Way of Life, Gichin Funakoshi, the “Father of Karate-do,” links the time when karate was a strictly Okinawan art of self-defense shrouded in the deepest secrecy, and the present day, when it has become a martial art practiced throughout the world.

Out of modesty, Gichin Funakoshi was reluctant to write this autobiography and did not do so until he was nearly ninety years of age. Trained in the Confucian classics, he was a schoolteacher early in life, but after decades of study under the foremost masters, he gave up his livelihood to devote the rest of his life to the propagation of the Way of Karate. Under his guidance, techniques and nomenclature were refined and modernized, the spiritual essence was brought to the fore, and karate evolved into a true martial art.

Various forms of empty-hand techniques have been practiced in Okinawa for centuries, but due to the lack of historical records, fancy often masquerades as fact. In telling of his own famous teachers-and not only of their mastery of technique but of the way they acted in critical situations-the author reveals what true karate is. The stories he tells about himself are no less instructive: his determination to continue the art, after having started it to improve his health; his perseverance in the face of difficulties, even of poverty; his strict observance of the way of life of the samurai; and the spirit of self-reliance that he carried into an old age kept healthy by his practice of Karate-do.

About the Author
GICHIN FUNAKOSHI is world famous as one of Karate’s great masters. Born in Shuri, Okinawa Prefecture, in 1868, he studied Karate-do from childhood and organized the first public demonstrations.

He was trained in the Confucian classics and was a schoolteacher early in life. After training for decades under the foremost masters in Okinawa he was elected president of the Okinawa Association for the Spirit of Martial Arts.

He was chosen to demonstrate Karate at the First National Athletic Exhibition in Tokyo in 1922, which led to the introduction of the ancient martial art to the rest of Japan and subsequently to the rest of the world. Among his writings are Karate-do Nyumon: The Master Introductory Text, Karate-do Kyohan: The Master Text, and Karate Jutsu: The Original Teachings of Gichin Funakoshi.