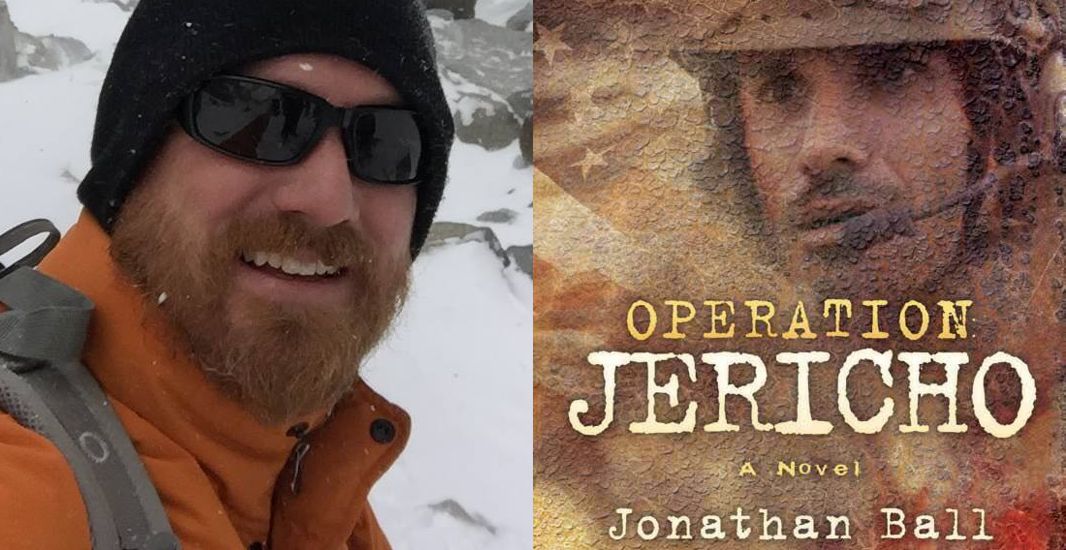 Jonathan Ball’s new book Operation: Jericho is relevant today as the United States attempts to wage the war on terror.

The American ‘War on Terror’, arbitrary in efforts against extreme tactics rather than identified enemies, has been fought time and again with no definable answer as to how a nation defeats a continuous source of evil and violence. The United States of America, its leaders, and its warriors must reestablish the approach in vanquishing foes that present death and violence in the name of nothing more than ideals. The nation that took the first global stance against terror must call upon a select few to wage a new strategy in the fight against indiscriminate tyranny. Iman and Hasim, brothers-in-arms and in blood, are among the few. Summoned into clandestine warfare, the Arab-American members of the United States Marine Corps must infiltrate and confirm an extremist training camp identified by codename Jericho. Iman and Hasim, filled with internal conflict, answer the call to war with everything they have in the name of life, liberty, and love. Patriotic, duty-bound, and mission-driven, the Marines fight to win their battles on foreign soil, even if for nothing more than the notion of what it means to go home.

About the Author
The author of Operation: Jericho, Jonathan Ball, was raised in Texas before joining the United States Marine Corps. He served as a Sergeant with the 1st Marine Division. His time in service and experiences overseas inspire his war-fiction writing style. He is the author of Path of the Righteous (independently published novel), has written for the web series Psycles (pre-prodution), and is currently in pre-production for the film option of Operation: Jericho (film, same title). –This text refers to an alternate Paperback edition.

Biography
Jonathan Michael Ball was born in Dallas, Texas and spent his youth in the balance between a country boy loving the wide open space of a cattle ranch and a city kid finding his way through the roller coaster of fast living.

At 17 years old, he joined the United States Marine Corps where he served as an Intelligence Analyst in the 1st Marine Division. He deployed with the 2nd Battalion, 1st Marine Regiment; and his experiences abroad inspire his wide-reaching takes into character development and the realities faced outside of any bubble of comfort.

Beyond experiences in the Marine Corps, Jonathan Michael Ball has climbed mountains, scaled cliffs, ascended frozen waterfalls, and explored various wild areas around the world. He is an accomplished professional, a devoted family man, and an observer of the human experience. He sets out in the great exploration of life’s adventures with the earnest effort of learning and driving forward in the knowledge that experience creates a great writer.

Jonathan Michael Ball is an author of any story worth telling. There are no limits to the amazing stories that carry our history as a people, a thriving people. Therefore, he sees the world beyond the limits of genre. Ball will find a love story in a gunfight, a revenge tale in a business meeting, an adventure in grocery shopping. He abides by the belief that “the only limit to creating fiction is the limit of one’s imagination.”

Jonathan Michael Ball dives into the hearts and minds of his characters in search of a new perspective on life whether through war-fiction, a fabled tale, or a coming of age story. He believes that seeing the world through someone else’s eyes can create a grand adventure for every open mind; and that is the driving force behind his developed writing style.

How Does your Ego Compare to your Life’s Accomplishments?

The Art of War