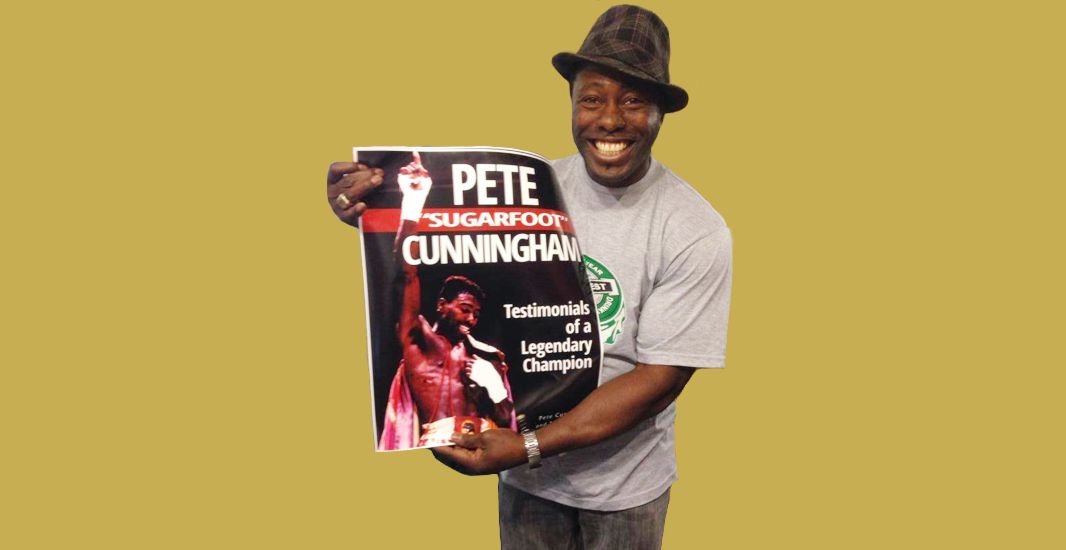 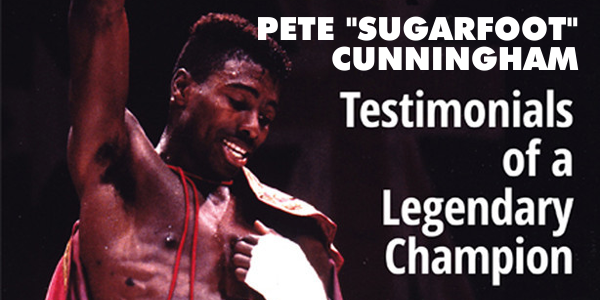 Peter “Sugarfoot” Cunningham is a legendary figure in the martial arts community and an eight time undefeated, undisputed World Champion Kickboxer. Kickboxing: “Sugarfoot” Peter Cunningham: Testimonials of a Legendary Champion shares his personal journey and philosophies on life inside and outside of the ring.

Peter “Sugarfoot” Cunningham is a legendary figure in the martial arts community. Rated by experts as one of the greatest full contact fighters of all time, Peter is a seven time undefeated, undisputed World Champion Kickboxer. Originating from Port of Spain, TTO, he spent his formative years growing up in Edmonton, Alberta, Canada before migrating to the United States to train with Benny ‘the Jet’ Urquidez and other renowned coaches at The Jet Center in Los Angeles, CA.

In addition to his acting career, he continues to teach and train fighters and teach kickboxing at the Sugarfoot Training Center in West Hills, CA. Visit his website at www.PeteSugarfoot.com. Nancy De Long began her martial arts training at Team Karate Centers in 1993 and received her first degree black belt in Hapkido Blend in 2010 under Sensei Fariborz Azhakh. She continues to train under both Sensei Fariborz and Master Steve Sexton. “Testimonials of a Legendary Champion” is Nancy’s second book project. For more information visit: www.NancyLeeDelong.com