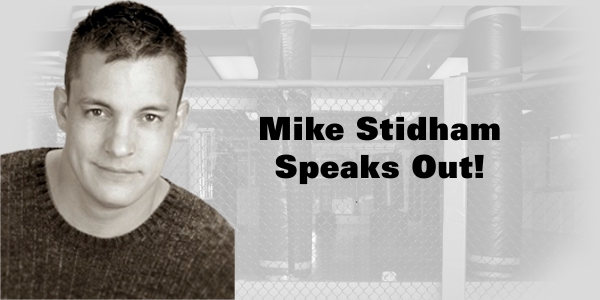 Today, Anderson Silva is arguably the greatest MMA fighter in the world. Georges St Pierre is often compared to him. Watching these fighters is like watching skilled ballerina’s performing the Nutcracker. They are poetry in motion, and they make everything look easy, but it took years of training to learn to fight like that. Let’s explore the years of dedicated and regimented training that went into creating that seemingly ease of movement.

When learning to read the English language, we are taught the alphabet. First grade teachers spend hours teaching us how to properly recognize and enunciate each letter in all its forms. Our parents helped us at home. This task seemed insurmountable at the time, but with repetition, we became masters of reciting the alphabet, speaking the language and then reading the printed word. We learn the importance of proper spelling, grammar, pronunciation, punctuation, and even handwriting in order to communicate effectively. Orally, we learn to listen to other’s words, to use voice inflection, and changing tones in order to deliver messages as intended. Some of us are able to put all this together and write poetry, shorts stories, novels and even lyrics for music.

In our minds, we are masterful linguists… until our 5 year old comes home from school with homework, and you realize they can’t properly pronounce R’s. You dig down deep into your VAST well of knowledge and mastery of the English language, and cannot, for the life of you, figure out why that precious little thing’s R’s sound like W’s.

You patiently pull out flash cards, and begin to go over the fundamentals of sound that you had forgotten about helping them learn from those “readers” you haven’t look at in decades. It boring at first, but your love for your child drives you on. Suddenly, after hours of repetition, and determination, ‘The dog says Ruff’ no longer sounds like the dog says Wuff’. You were able to communicate something to her that resonated to the point that her speech started to sound as it should.

This may have been a long-winded analogy, but comparing your martial arts training to something we all have endured is the best way I can explain the ‘Building Blocks’ that go into it. Without basic fundamentals, you will NEVER excel at those ‘fancy’ techniques you see the top level UFC fighters execute.

Footwork and a proper stance are the ABC’s of mixed martial arts training and are the “basics” of becoming a great fighter.

Interestingly enough, there are those who are very naturally gifted athletes that are able to perform some of these techniques. Jon Jones is a great example. He is the current UFC Light Heavyweight Champion. He was able to accomplish that feat in under 3 years of MMA training. He is, no doubt, a phenom. He deserves all the credit in the world for his accomplishment, and this article is, in no way, intended as an insult to him. I’m confident that in ten years, when he HAS learned the nuances of the game, he will agree with every word I write in this article. Much of his technique LOOKS like Anderson Silva. But it is not the same. Jones’ fundamentals are unsound. He is a gifted athlete, that is able to emulate what he sees others do, yet cannot explain to you WHY he is doing it. Without having a complete understanding of the fundamentals, your capabilities are limited.

Here is where the water gets a little murky. Anderson Silva’s fundamentals are COMPLETELY unsound as well. He often stands flat-footed, with his hands by his side, jutting his chin out, daring opponents to hit it. He does everything your coach would yell at you for doing your first day in class.

Anderson Silva is able to do that because he has already climbed the mountain, and has returned to the bottom with a complete understanding of what is at the top. He knows how to fight fundamentally sound, and has no learned how not to. This may be difficult to understand without having taken that journey yourself.

Many young fighters try to skip the part about ‘putting letters together, forming words.’ They aren’t interested in ‘learning proper sentence structure, or the difference between a noun and a pronoun.’ They want to recite poetry just like Anderson Silva.

Anderson Sliva, GSP, and the upper-echelon of great fighters painstakingly learned how to stand, move, block, strike from the most basic movements to what you see now. This didn’t happen overnight.

Now, there is a dynamic of fighting that you just don’t see in the analogy of the language arts. There are many facets to MMA fighting. Being tough, having great endurance, being mentally strong, psychologically fit, having a good work ethic, remaining injury free, good decision making, are just a few of them. ALL of these can be made better by paying attention to detail, and learning basic fundamentals of each. But, one punch, one injury, one poor decision… can change everything. Many skilled fighters who took all the painstaking steps to be great have failed when one of these variables presented themselves at an inopportune time.

A simple look at the all-time greats, however, prove that there are VERY few that have made it to the top without sound fundamentals. Very few have excelled at any craft without learning the ABC’s necessary to succeed. Young fighters MUST first learn how to crawl before they can walk. They must learn how to walk before they can run, and run a great deal before attempting marathons.

OK, that was another lame analogy, but I wanted those who don’t know much about language arts to catch my drift.

Properly learn your stance. Learn how to move properly. Learn the basic fundamentals of offense AND defense for each level of advancement. Learn that a jab is more than extending your arm in front of you, and hitting your opponent in the jaw. A proper jab requires the entire body to move in concert, making that movement quick, powerful, and accurate. Breathing properly, and relaxing your muscles are all components that take time to develop. It takes literally thousands of repetition before the first really good jab is thrown.

Learn the intricacies of ALL your techniques from a fundamental stand-point, then repeatedly drill them like your professional MMA career depends on it… because it does.

Adding Other Martial Arts Styles to Your Repertoire