I would like to offer some education to my fellow Americans. This has nothing to do with political views, or recent events. I am not going to call anyone stupid, or belittle your intelligence. I have read a lot of posts on social media that have shown me that many people simply do not know enough about firearms to defend themselves from the emotional misinformation that is continually spread by the media. This has lead to millions of people continuing to spread this misinformation through more emotional posts in response to events that are shamelessly used to further a political agenda.

The term assault weapon refers to automatic, or select fire weapons that are only available to military and law enforcement officers.

Let me begin by explaining what an “Assault Weapon” is. The term assault weapon refers to automatic, or select fire weapons that are only available to military and law enforcement officers. Select fire gives the operator the option of selecting semi-automatic Fire, or three round burst. Semi-automatic means that the operator has to pull the trigger each time a round/bullet is fired. Three round burst means that the weapon will fire three rounds/bullets every time the trigger is pulled. Full auto fire means that the weapon will continue to fire rounds/bullets once the trigger is pulled, and will not stop until the trigger is released or the magazine runs out of ammunition. These are NOT available to the general public.

The AR-15 is NOT an assault weapon or assault rifle. AR-15 stands for armalite rifle model 15, not assault rifle model 15. This is similar to how WD-40 was named. WD-40 stands for Water Dispacement Formulat 40. The AR-15 is a semi automatic rifle. This is no different than a semi automatic hunting rifle, or pistol. It is not more, or less deadly because of its cosmetic look which mimics the military version. The rails on the fore grip that make it look like a military rifle are only there to give the capability of easily mounting optics, flashlights, and other non-lethal accessories. In no way will this increase the capability of the weapon to fire more rapidly, or cause more damage than a semiautomatic hunting rifle. 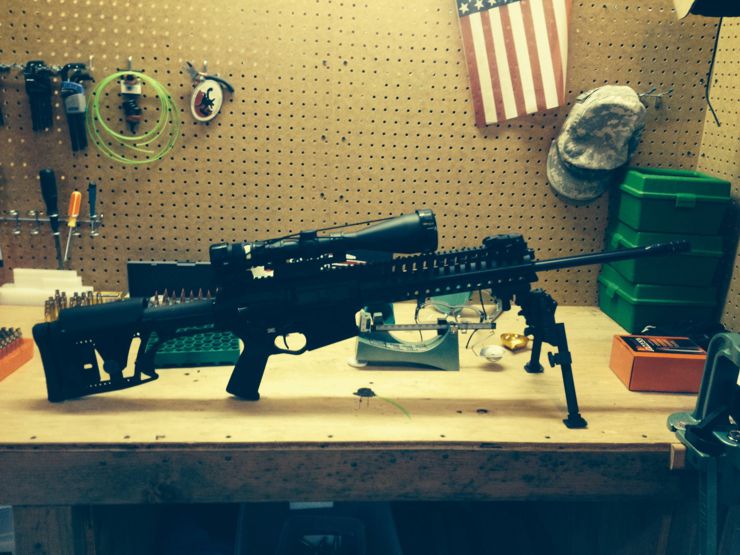 Here is the false narrative that is being used to spread fear, and control your view. Everyone is calling the AR-15 an “assault rifle”, and want them to be banned.

THE TRUTH: Assault weapons are, and continue to be banned. The AR-15 is popular for the same reason that a mechanic loves old muscle cars. They are very easy to work on, and customize. Those who enjoy shooting as a hobby tend to like these rifles because they can customize them to fit the style of competitive shooting they enjoy.

Let us all understand that the 2nd amendment has a specific purpose. It is not so we can hunt (which is a legitimate use of firearms if this is how you choose/need to feed yourself or family). The 2nd Amendment is in place because we live in a dangerous and evil world. Good guys must arm themselves if they do not want to be controlled and/or killed by bad guys. This includes criminals, duranged employees, enemy nations, and tyrannical governments.

Murder is illegal. This fact already covers any law which should stop senseless killing. You will either go to prison for life, or be executed if you murder someone. How will taking our ability to defend ourselves stop someone from murder? History shows us that bad people will always have weapons and use them to murder good people. More good people having the ability to protect themselves will decrease the opportunity for bad people to hurt, or murder anyone.

My advice is this: Give people a chance to mourn their loss before pushing a false narrative. Please think deeper than the shallow agenda being spread by the media. Realize that we live in a dangerous world, and simply prepare yourself for the time when you may have to defend yourself and/or the ones you love. Help spread truth and awareness. Help encourage education and training.

Please help me educate our fellow Americans, and stop the fear mongering.

About the Author
Lucas Yonkman is the owner of Pacific Indoor Tactical (The PIT), the only indoor firearm training facility on Whidbey Island, Oak Harbor, Washington. Lucas is a service disabled combat veteran of the U.S. Army Infantry, Whidbey Island Native, and Owner of Ronsons Design and Construction, LLC.

How to Properly Hold a Knife for Self-Defense and Military Applications...