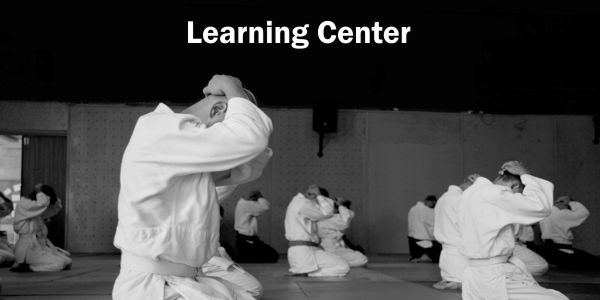 There was a quiet but significant evolution taking place in the world of martial arts and that was online martial arts training. Fueled by modern technological advances, one martial arts Master was a visionary in this field and he put his time, talent and money into its development.

Recognized as a pioneer of online martial arts instruction, Master Dave Johnson began his journey into online training in 1996, while pursuing an M.B.A. in Global Business and Electronic Commerce. Having been named Male Master Instructor of the Year for 1996 by the World Martial Arts Hall of Fame, he was looking for ways to become a better instructor and to bring the benefits of martial arts to more individuals who either didn’t have access to martial arts classes, who couldn’t afford classes, or who simply didn’t have the time in there busy schedule to get to a martial arts school.

With over 45 years of martial arts study, law enforcement and executive protection experience, Dave Johnson’s vision came to fruition in 2000 when he launched the world’s first internet website that allowed anyone, anywhere in the world to enjoy martial arts instruction. His web site allowed people to “train at their own pace, at their own place” with no contracts, and no testing fees. Johnson’s online training erased many of the obstacle that previously prevented people from receiving self defense lessons.

In November 2002, Master Johnson took his self defense course to the next level and launched the world’s first online Black Belt Training Course.

After years on the web, Johnson looks back. So many people had confronted him, expressing their doubt and told him it would never work or be accepted. He was bombarded by the naysayers and brick throwers, who only now are realizing that he was a visionary.

“All you have to do is research every great invention or shift in norms and you’ll find opposition,” Johnson said. “The quote that has sustained me through all the negative comments was made by Albert Einstein when he said, ‘Great spirits have always encountered violent opposition from mediocre minds.’ 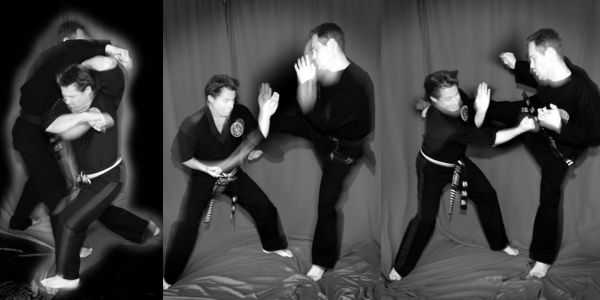 Johnson was the first to grasp that the advances in technology and substantially increased usage of the Internet would make his concept possible and plausible. Johnson cited data that indicated tremendous growth in online participation from college students completing degrees, consumer spending and companies conducting a majority of their business online. “For example, almost 3.5 million students were taking at least one online course during the fall 2006 term; nearly a 10 percent increase over the number reported the previous year with the total number of online students more than doubling in the last four years.” “You can learn Yoga, weight lifting, how to rebuild an engine or a computer, learn a foreign language, so why not Self-Defense?” Johnson asks. “I’m just glad that many of today’s great martial arts instructors have realized the time is right, the technological ability is here, and the general population is receptive to this idea.”

Johnson points out many benefits of online martial arts instruction, including the ability to train when and where you want and as long as you want with no travel required. “It’s a fraction of the cost of onsite lessons, you can replay a lesson as much as you want and you progress at your own pace,” Johnson says.

He points out that his online creation allows the student the experience of continuous one-on-one private lessons with close instructor contact and ongoing guidance and correction, instead of having to wait for next week’s session to be corrected in front of the entire class. “The possibility of Black Belt certification in a fraction of the time is not surprisingly controversial but is a definite reality. Once again, you just have to be open minded, cognizant of current technological abilities and understand that this concept will only be embraced by those that possess the self-discipline necessary to successfully complete the course,” he said. Johnson emphasizes however, that Black Belt certification will only be granted after one has successfully demonstarted their proficiency of all of the required material taught within the three levels of his art called “Seieido” and that this is demonstrated in front of him and other senior ranking instructors. Johnson states that the curriculum requirements of Seieido exceed most other Black Belt course requirements that have been used for years.

“The Dojo or Dojang is now on the Internet, class is always in session, and The Digital Master is always available,” Johnson says with a broad smile. “I’m just glad that the invention of the Internet has finally attracted the evolutionary spirits of martial artists.” You can visit Master Johnson’s Digital Dojo atGrandMaster Dave Johnson’s Seieido Website.

Stay Resolute, Calm and Confident Against Your Adversary