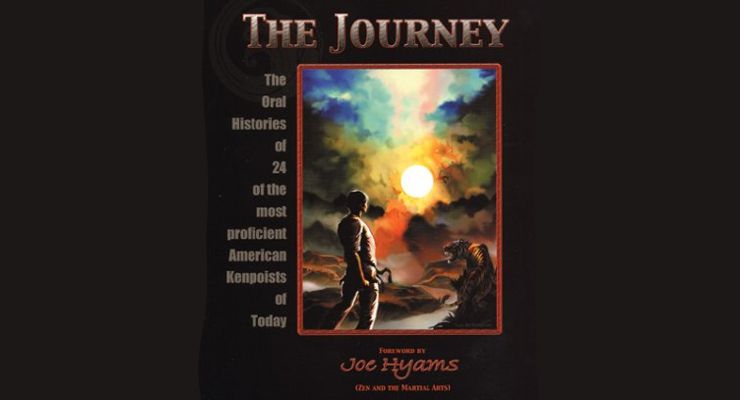 The Oral Histories of 24 of the Most Proficient American Kenpoists of Today
Joe Hyams’ and Tom Bleecker’s book, The Journey, is about 24 kenpoist, individuals who study the martial art of Kenpo. These 24 individuals are masters of the martial arts. This book is both inspirational as well as informative. There is also a chapter dedicated to the world’s most famous Kenpoist – Elvis Presley. In addition to a founder’s a history chapter, the book contains over 300 historical pictures. “The Journey” received extremely favorable reviews in New York and Las Vegas where it debuted on 8/10/01. This title has the potential of attracting a substantial audience from crossover audiences. 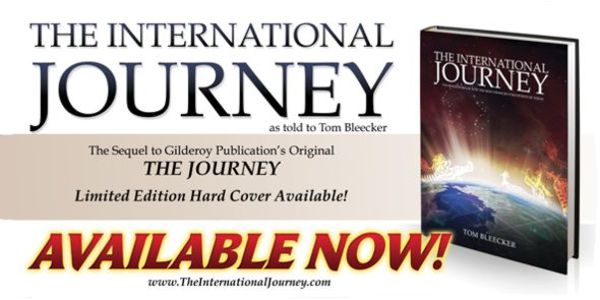 “On Saturday, August 11, 2001, Chuck Sullivan and I watched the sun rise in the east as we embarked on our four-hour drive to Las Vegas in a rented Lincoln Town Car. Although the car’s seats were comfortable, the car was practically riding on its frame, making the ride feel more like an Old West stagecoach or maybe even a buckboard. The problem was that we had loaded a hundred cases of the recently published The Journey: The Oral Histories of 24 of the Most Proficient american Kenpoists of Today into the car’s trunk, backseat, and onto both floorboards.”

Thus begins the Preface to The International Journey: The Biographies of 28 of the Most Proficient Kenpoist of Today by Tom Bleecker.  This is Tom’s second Journey book. This new book includes Honorees from the United States, Europe, and South America. The main purpose of the book is to bring together two Kenpo communities that have been separated for fifty years by the Atlantic Ocean.

The honorees in this book were nominated and selected by a group of Kenpo Seniors from the United States and abroad. The main requirement the Honoree’s had to meet for inclusion in the book was their strong participation in the American Kenpo community which means they “actively supported  the camps, seminars, tournaments, and fundraising events of other Kenpo instructors and their associations.”

Many of the Honorees from The Journey book were included in the new The International Journey book because they have much more to tell about their Kenpo journey’s. These Honorees also address subjects that are unique to them. Many people from Ireland are included in the book because, “through John McSweeney, Ireland became the mother ship of Kenpo in Europe and South America.”

The ranks of all Honorees in the book are respected, but the author has chosen to minimize the discussion of rank to avoid controversy, as the central purpose of the book is to bring the vast Kenpo communities closer together as family.

The honorees included in this book speak different languages and live in very different cultures, so Mr. Bleecker has chosen to write the narrative of The International Journey in a uniform, single voice. “The content of the profiles are the life experiences and the beliefs of the Honorees”. It is Tom Bleecker’s desire that everyone experience this book as members of a close knit family and therefore people are often refereed to without formal titles. No disrespect is intended.

The International Journey includes the following Honorees, all who have made a significant contribution to American Kenpo and to the American Kenpo community:

“Read the stories in the two Journey books. Learn how the Honorees achieved their status and rank in Kenpo. Find the names of people you have only heard about, but may never meet. In this way, you will become truly part of the ‘bigger.’ Examine the trials and tribulations that they had to confront. I will wager that the stories of these Honorees are much like your.” – Sigung Stephen LaBounty