Home Learning Center The Limitless Spirit of the Martial Arts 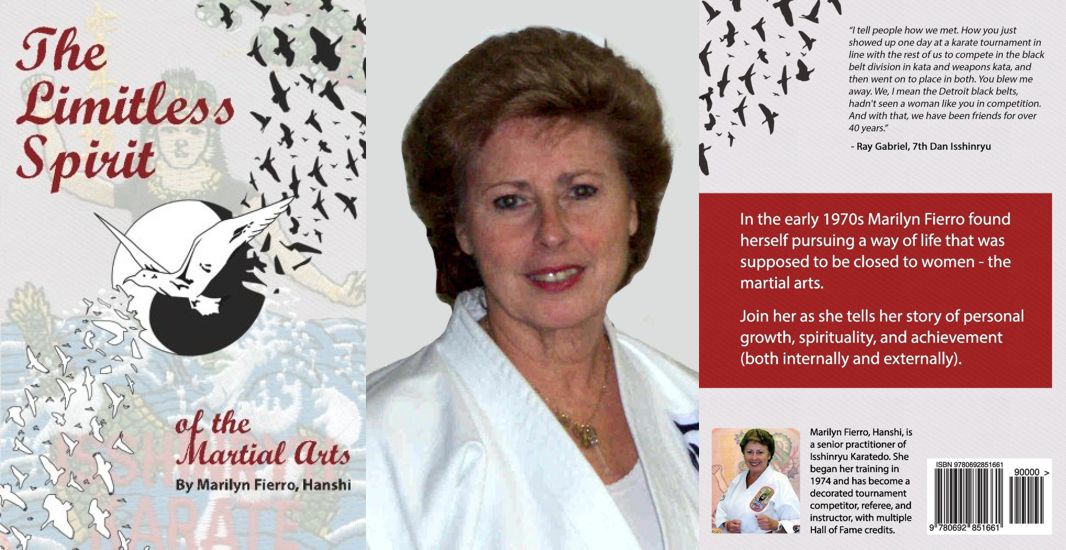 In the early 1970s Marilyn Fierro found herself pursuing a way of life that was supposed to be closed to women – the martial arts.

Join her as she tells her story of personal growth, spirituality, and achievement (both internally and externally) in The Limitless Spirit of the Martial Arts.

The Limitless Spirit of the Martial Arts contains the following primary sections:

1. Personal life story as a young girl growing up and discovering martial arts
2. Early experience with self defense seminars and dojo life
3. Tournament and competitive experiences
4. Descriptions of instructors and martial arts influences throughout the years
5. Unique images of early training, including seminars with instructors such as Angi Uezu, Fumio Demura, Bill Wallace, Shugoro Nakazato, and more
6. An exploration of the spiritual aspects of training and life
7. Much more!

“I tell people how we met. How you just showed up one day at a karate tournament in line with the rest of us to compete in the black belt division in kata and weapons kata, and then went on to place in both. You blew me away. We, I mean the Detroit black belts, hadn’t seen a woman like you in competition. And with that, we have been friends for over 40 years.”
~ Ray Gabriel, 7th Dan Isshinryu

“I met Marilyn Fierro many years ago. She is one of those people who is an example of how martial arts can enrich any person’s life. She has achieved so much through her training, both in gaining expertise and also, and more importantly, in applying the many lessons she has learned to all parts of her life. Marilyn has done so much to build purpose and joy in her life through martial arts, and that is the true goal of training.”
~ Fumio Demura, 9th Dan Shitoryu

“Reading Marilyn Fierro’s new book brought back many mixed emotions of my own personal journey through life and the martial arts. Her accounts through her childhood and life offer an incredible story of persistence, courage, determination, passion, and a strong desire to be our best in any given situation. It is especially gratifying and satisfying to read the names of wonderful people I have met through my personal friendship with Marilyn over these many years.” ~ Mike Stone, Retired Karate Competitive Champion, Fight Choreographer, Motivational Speaker

Marilyn Fierro, 9th Dan Hanshi, is a senior practitioner of Isshinryu Karatedo. She began her training in 1974 and has become a decorated tournament competitor, referee, and instructor, with multiple Hall of Fame credits.