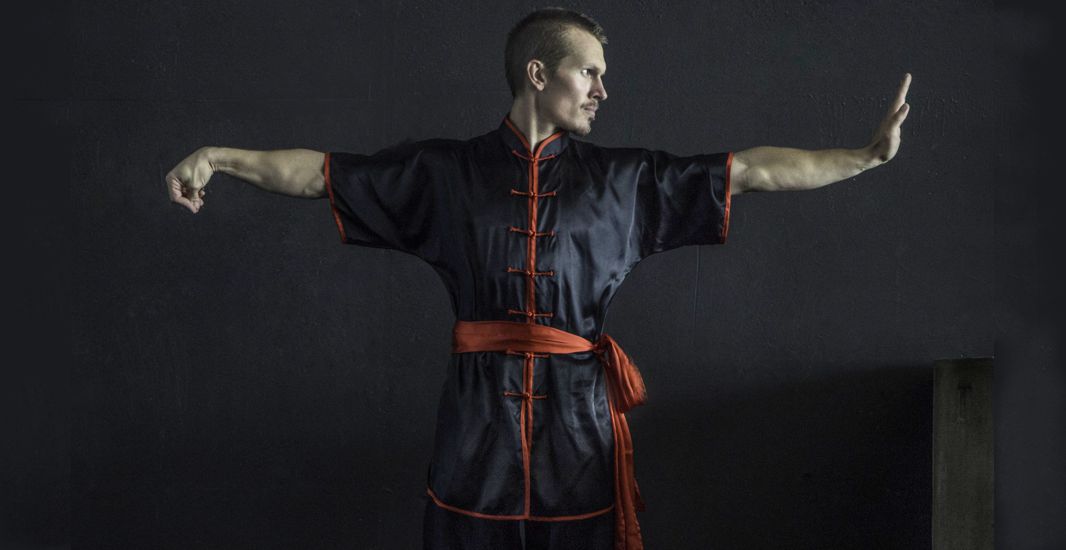 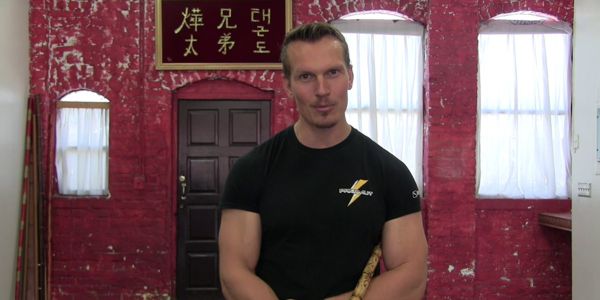 Tomm qualified in the 2016 National FMA stick fighting Championship, to represent Team USA in the 2016 World Championships on the island of Cebu in the Philippines, He won the World Championship in Arnis otherwise known as Pakamut. YOu can see Arnis featured in Hollywood movies such as the Jason Bourne Films and most recently, Deadpool.

Tomm’s Story
It was a Sunday winter morning in Los Angeles in February, 3 years ago when I first met GM Felix Roiles. I was introduced through a friend who knew I had an interest in Arnis – Kali – Escrima or the indigenous name “Pakamut”. I met with a small group of 10 -15 people in a park in Eagle Rock California. I had previously been introduced to the art through a student of Dan Inosanto who along with Bruce Lee had implemented this Philippine Martial Art into their teachings. I was familiar with forms and patterns, however, not so much the actual fighting application of the art. That was about to change.

For those who don’t know, Pakamut is a bladed art and involves sticks, knives and hand to hand combat. GM Felix was taught by his grandfather when he grew up in the mountains of Cebu. He would have to travel 3 hours each way, every day by foot to get to school and this was the most dangerous journey. So he had to learn to defend himself if it was ever necessary. Felix became a Master of the Art and as a young adult he became Full contact World Champion in Stick Fighting, representing the National Team of the Philippines. Not once, but twice.

This opened up the door for him to come to the United States to live and teach, a dream he had since he was a child. Every day at exact noon, a plane would cross the sky above the house where he lived in the jungle with his family. That is how they knew it was noon. He one day looked up and said, some day, I will be on that plane. He was laughed at for having such a crazy idea, but Felix knew something the others didn’t, that he would do everything he could to realize his goal, and so he did.

Many years later, I would now have the opportunity to train with GM Felix and learn this ancient art that not many know, but have seen in several Hollywood movies, such as the Jason Bourne Movies and most recently DeadPool. I really enjoyed learning this art and after 3 years, GM Felix asked me if I’d be interested in competing. I figured the only way I would know if I am good enough is to test myself in competition. So I entered The GSBA western Regionals and won all my fights. (Tomm Voss on Martial Arts Entertainment)

For the first time in over 16 years I felt the fighting spirit awaken inside me again and a thirst for more… I was an overweight kid from Denmark who became a Body Building Champion, and moved to United States in 2002 to pursue a childhood dream of doing action movies.

After several years of working with the Fitness magazines, my life took a different turn and I lost everything I owned and had build up. My health deteriorated, I hit rock bottom, and I had to start a journey of self healing. Martial Arts and the healing arts became my new passion. Besides Boxing, Jui Jitsu Kickboxing and Pakamut, Qigong became a daily practice and I was blessed to learn from a Qigong Grandmaster from China, Master Zhou. Who helped me heal myself. I was suffering from an under functioning thyroid and chronic knee and joint pains from years of heavy weightlifting and an imbalanced lifestyle. It was now, after years of overcoming health obstacles and finding balance and inner peace, that my body was ready for competition again. I felt reborn.

We decided to enter the WEKAF Nationals in April this year and alongside with GM Felix, Alex Salinas and Felix’s sons, Kenneth and Francis, we set out to compete in the Nationals, where we all qualified to represent Team USA in The World Champion- ship in Cebu, Philippines end of July 2016.

I never had the chance to represent the United States in anything, and to be able to compete in a World Championship in the place and country of Origin of the art was truly a special opportunity. We had 3 months to prepare and we started meeting 2 times per week.

However, my life got challenging. I am an Actor and have a personal training business. When work unfortunately declined, so did my income. A month away, I was having trouble at home, alongside with everything else, it greatly affected my energy levels and my concentration for training. It didn’t look like I was going to make it to The World Championship. Alex Salinas had already bought his ticket and was going, but I didn’t have mine. Regardless, I decided to help him prepare and show up on Sundays to spar with him even though my motivation wasn’t all there.

I had let the obstacles get in my way and it looked like I was going to have to postpone competing for another 2 years. What I didn’t expect, was that 2 weeks before the tournament, my friend John called me up out of the blue, whom I hadn’t spoken to in months. He asked if I was going to the Philippines. I disappointingly told him that it didn’t look as if it was going to be possible. John said: You are going my friend, I am setting up a fundraiser for you. And so he did.

Within 6 days we raised all the funds necessary through generous friends and family. 4 days before departure I was able to get my ticket. I informed GM Felix that it was now all of a sudden possible for me to go. GM Felix decided last minute to join Alex and I, not only as our coach, but he also decided to compete for the first time in 16 years. I arrived 3 days before the tournament and Felix 1 day prior. We did some light training at GM Felix’s house in Cebu, to be as prepared as we possibly could.

The first day, I was blessed to win Bronze in the padded stick event, which is an event that demonstrates accuracy and speed. It was the first time I competed in this point system.

The following day came the main event. “Single Stick”. I fought my heart out and made it all the way to the Finals where I was up against the Philippine Military Champion.

I couldn’t believe I had gotten this far, but I felt that all the people who had helped me get there, were fighting with me. It was the 3 hardest rounds I have ever fought and my body was giving up, my arms were starting to feel numb and heavy, but the voice inside me kept saying: Don’t give up! You have gotten this far, fight until the last second no matter what. So I did.

It came down to split decision, with 3 Philippine judges I thought that it was going to go to my opponent given he had home turf advantage, but after much commotion and arguing between judges and the referee, my hand was raised and both GM Felix and I bursted out in a great Roar: Yess!!!!!! I fell to my knees and collapsed on the ground, everything I had been through, everyone I had fought for, all welled up inside of me. Tears of joy started running down my face. I did it! I won the World Championship!

If it wasn’t for all the people who helped and GM Felix’s teaching and coaching, all the hard work and never giving up despite all the odds and obstacles in my life, I would have never been able to call myself a World Champion. A life changing feeling that will always be part of my life… I could see the pride in GM Felix eyes. Alex ended up wining Silver in his Single Stick division, which was disappointing for him, but he brushed it off and went on to win Gold in double stick where I was so blessed to win Bronze. Now was the Team Fights. The 3 best fighters from Each Country would fight each other.

Our Team was under the Umbrella of Team USA consisting of GM Felix, Alex Salinas and myself, it was a great honor to fight alongside GM Felix. We made it all the way to the finals where we were up against the Philippine Military Team.

Our Team Pakamut ended up winning Silver in the Team Event. It didn’t matter that we didn’t get the Gold, because we knew we did our best and fought our hearts out. It was a Team effort and we had the crowd. An unforgettable weekend of Camaraderie, sportsmanship, friendship and fighting spirit. All the fighters hugged each other and bowed in respect afterwards…

This is what can happen when you never give up, no matter what life throws at you, there is always a way, when friends come together in support and you start to see the impossible as possible.

Fundraiser
Tomm Voss would like to compete in the European Championship of Escrima/ Stick fighting July 21st through the 23rd, 2017. He needs to raise a total of $5000 to cover flights and hotel for himself and coach GM Felix Roiles. They need to leave by July 16 so help is needed right away. There is a Generosity by Indiegogo fundraiser for those who can give.

USAdojo - June 21, 2014
We use cookies to ensure that we give you the best experience on our website. If you continue to use this site we will assume that you are happy with it.OkRead more