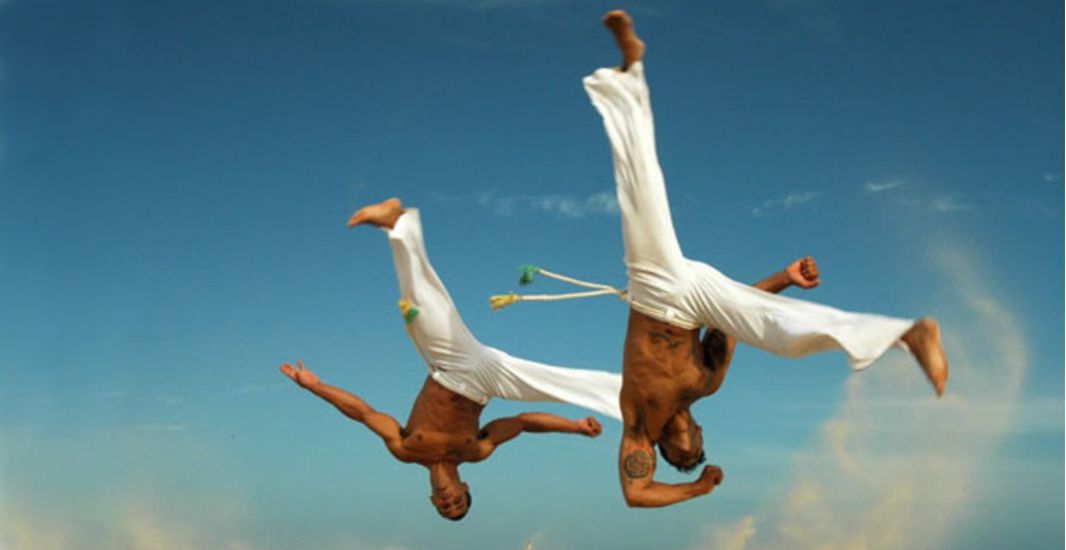 Capoeira is the African system of unarmed combat that was thought to have been developed in the 1500’s by African slaves who were taken to Brazil and forced to work in the sugar cane fields. Because the slaves hands were manacled most of the time punching is not prominent in Capoeira but the art includes fighting while standing on ones hands. Attacks rely heavily on kicking and sweeping leg techniques and evasion is used for defense rather than blocking.

The slaves turned the tools they used in the fields into the weapons of Capoeira. These included the sugar cane knife and the 3/4 inch staff.

Obviously slaves were not permitted to practice this or any form of martial art and therefore the slaves disguised the art as dance. They practiced to the music of percussion and non-percussion instruments, dancing in a circle called the “roda”. These “dances” included acrobatics, somersaults, headstands and back flips, and never allowed the martial artist to remain in set stances, but had him moving from one leg to the other over and over again, preventing the opponent from getting too close.

Capoeira includes footwork called Ginga and basic kicks which include roundhouse kicks, side kicks, a front stomping kick, low and a high turning kicks, and outside and inside crescent kicks.