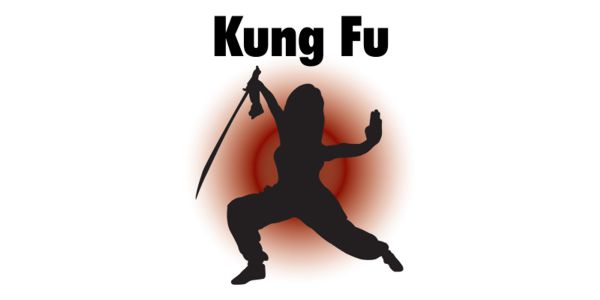 The de-generalized list of Kung Fu Styles below was prepared for USADOJO.COM by Sijo Robert Z of the Shaolin Academy. According to Sijo Z, no Kung Fu style should need to be placed in more than 3 categories maximum. Thank you Sijo Z!

Northern Shaolin
With the original Shaolin Temple in Northern China long since destroyed, the main branches of Shaolin Kung Fu spread far and wide through China, undergoing many revisions and adaptations. The present system, known as Northern Shaolin, specializes in long-range fighting techniques. Based on some of the original temple boxing heritage, the proponents of this system maintain that kicks are more effective than hand movements because the legs obviously are longer than the arms.

Dragon
The mythical dragon has been characterized in the West as a serpentlike, winged monster which, according to some religions, including Christianity, represents the power of evil. However, other cultures, especially the Chinese, believed that the fabulous creature was benevolent, life giving and worthy of reverence, indeed, even worship. In ancient China, the dragon, as a Yang force, was associated with male fertility. Above all, the dragon represented the fertilizing power of rain. As the continuous pelts of rain may be used for healthy growth, they may also be used to engulf or destroy as in the Dragon style. The Dragon specialty at the time of attack is a combination of Hard and Soft techniques. Exponents rely on “floating and sinking movements with shoulders dropped and elbows bent.” A powerful outflow of thrusting power is then released.

White Crane
The regal spirit of the white crane has inspired what may be considered as the most elegantly beautiful of all the Chinese Kung Fu systems. Patterned after the aesthetic essence of the statuesque wading bird found mostly in marshes and open plains, the classic White Crane self-defense forms contain an unexpected deadly beauty, especially devastating for the aggressive beholder. The main principles of the White Crane style are really quite simple and direct, although extremely difficult to perfect. There are four main principles to remember: to Hurt, to Evade, to Penetrate, and to Intercept.

To Hurt:
A White Crane master will never fight unless it is to save lives or prevent harm to others. This includes, of course, the protection of oneself from destruction.

To Evade:
The White Crane master almost haughtily disdains physical contact with an opponent, instead opting for a single debilitating blow, usually delivered from long range. A White Crane saying has it that “If you evade an attack, there will only be one attack; if you block an attack there will be ten attacks.”

To Penetrate
This means to break through the defense of the adversary. The master should take advantage of the tense side of the opponent’s attention or the lax side of his inattention.

Wing Chun
The essence of Wing Chun, in Chinese terms, is “Opponent attacks, absorb and neutralize blow. Opponent withdraws, pursue and counter. Disengage restriction from arms, retaliate with penetrating thrust.” This will take some time to understand and a lot of practical application to master. Technically, Wing Chun uses a constant flow of forward energy based on the principle that the shortest distance between two points is a straight line. Offensively, a Wing Chun artist will use a combination of straight and intercepting lines and deflecting arcs. We emphasize the word “offense” because Wing Chun is structurally an aggressive close-quarter style which, as a modern Wing Chun practitioner told us, “Doesn’t give a damn about traditional block and punch routines.”

Hung Gar
Hung Gar is an adaptation of the Shaolin Tiger system, and stresses close-quarter fighting methods. This system was totally unlike the far-ranging jumping styles of the North, but it was extremely effective for combat in the confining alleys of China during the Ch’ing dynasty. In Hong Kong, Hung Gar artists consider a half hour in a strong horse stance adequate for daily exercise, in addition to powerful boxing and weapons sets.

Praying Mantis
Some three hundred and fifty years ago Wang Lang founded the Praying Mantis form of Kung Fu. Wang based his martial art on a mantis he captured. He observed the mantis’ offensive and defensive movements. After Wang’s death his carefully thought out mantis heritage became divided when four of Wang’s disciples, each claiming superior innovations, sought to be released from the founding school. The mantis master granted permission on one condition- each student name their individualized style after the markings on the back of a personally captured mantis. One had the appearance of a Yin-Yang symbol (Tai T’si), another looked like a plum blossom (Mei Hua), one showed the markings of seven stars (Tsi T’sing), and one had no markings and was called the Bare style (Kwong P’an).

Monkey Style
It may be a very comical style of martial arts, but is truly one of the most deadly personal defense systems. Its origins trace back to at least 1842 when foreign missionaries were first allowed into China. When a normally peaceful man, Kau See, resisted being drafted he accidentally killed an officer. For this crime he was placed in prison, from his cell Kau See watched and imitated the movements of the prison “watchdogs” which were apes. He watched the movements of the apes for ten years, paying special attention to how the apes fought. When he was pardoned and released he became know as “The Monkey Master.” Disciples soon joined him to learn his unusual hopping and squatting defense system.

Choy Lee Fut
Choy Lee Fut’s power originates from the waist through a strong horse stance. It utilizes this power to release punches from only a foot away from the target. It also uses basic Chin Na grappling and throwing techniques, high and low kicks, side kicks, snap kicks, hook kicks and turn kicks featuring 360-degree spins and turns. Intercepting and jamming are favorite tactics used against any enemy. Jam an opponent off balance by moving straight into him while blasting overpowering hooks and uppercuts. Some of these moves are strikingly similar to Western boxing.

All information for this article was taken from the book, KUNG FU: History, Philosophy and Technique by David Chow and Richard Spangler.

Hsing-I is an ancient art of fighting and healing that tunes the mind and body to a finely honed degree. It is said to have developed during the period of the Northern Sung dynasty (1127-1276 AD). The system consists of the five elements, twelve animals, tien-gunn, six harmonies, nine essences, and the theory of touch, go, kiss using the seven stars. Hsing-I is the easiest style to learn, but the hardest to master, because it is so easy.

Chen Tai-Chi The old form taught at the school is called 13 postures. It consists of 13 sections and has 64 moves. The second form is called Pao Twi (cannon fist). The learning of chen sa chin (silk reeling energy), circles around the body’s meridians like latitudes around the globe. The precise movements will give extraordinary power. This also provides a form of moving meditation in time.

Splashing Hands is a fighting style which is an extremely practical, no-nonsense art. It features quick shuffling footwork and low-focused straight leg kicks. It is combined with jabs, punches, elbows and singular and two man fighting forms. Splashing Hands is geared for the street and dates back to early 1700.

Iron Hand the term, refers to the properly developed human hands which can become hard like iron and generate tremendous power, but still maintain the look of a normal hand. It dates back to the early days of the Shaolin Temples. There are several methods of training in iron hand including ‘slapping’, ‘thrusting’ and ‘cooking’.