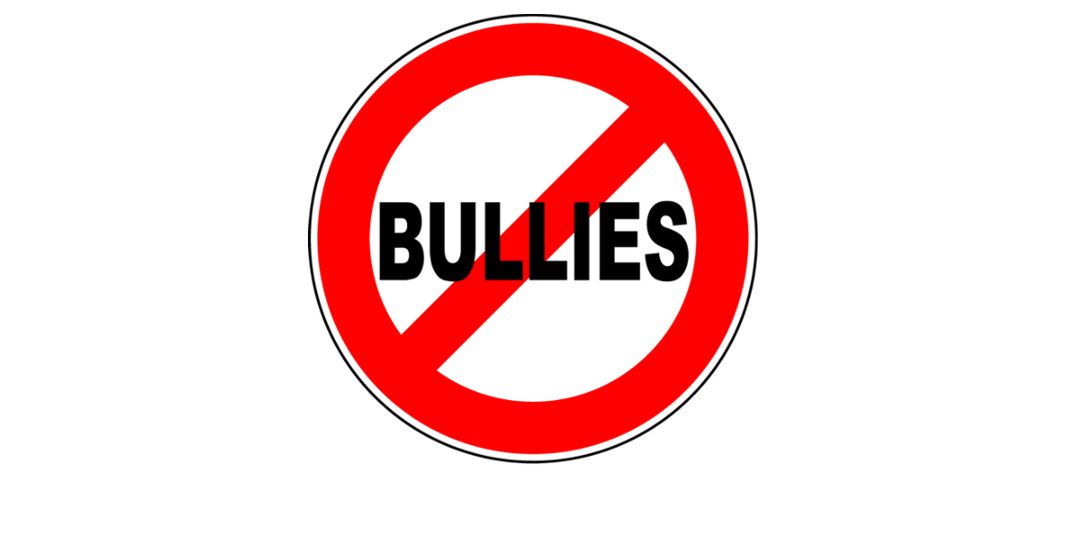 “If your child is a bully victim, they might be glad schools are closed for holidays. But Morne Swanepoel, an accomplished street-mma-fighter, is changing all that,” writes Oliver Roberts.

It’s Thursday night in a church hall in Amanzimtoti. On the yellow walls are posters with virtuous mantras about love and kindness; huge, hand-painted announcements about the strength of God, the power of belief and the quest for redemption.

Standing in the middle of the floor, surrounded by children, is the staunch, shaven-headed Morne Swanepoel God-fearing, acutely masculine; cage fighter and family man. He’s teaching these kids what to do when they’ve run out of cheeks to turn, and how to fight their enemy with a righteous heart. That enemy is the school bully.

“On your tummy! On your back! On your knees! On your feet!” Swanepoel’s burly voice shimmers off the linoleum. Fifteen students, including four girls, are doing their reaction drills. Most of them are between six and 12-years-old, and small, with delicate, white knees poking out beneath the hems of their shorts. I notice one boy has a bruise on his arm.

“Right. Grab a friend,” says Swanepoel, who’s also in shorts, his knees like bags of pebbles. ” I want you to tackle your partner hard so your body gets used to someone coming in nice and strong.”

If you’re looking for the ultimate bully-basher and virtual playground bodyguard, Swanepoel is your man. The 36-year-old has been fighting since he was four, and is an internationally-recognised practitioner and coach in mixed martial arts and Reality Based Personal Protection. He’s thrown his instincts and expertise into a career in the security industry that has spanned 15 years. During that time, he’s worked on perilous police operations in Hillbrow and faced some serious bad-asses, like crime lords and drug barons. He currently freelances for a specialised anti-hijacking response team.

“You know Iraq, kids? It’s like that you have to be prepared for war,” Swanepoel says.

But dealing with the bully who weaves your school day between fractures of playground fear and the relative safety of the classroom is sometimes worse than a gun-toting loony. A bully can’t be handcuffed and put away, nor is there a court where he can be found guilty for what he’s done.

A bullied child will sometimes keep their torment a secret from parents and teachers, fearing retribution from the bully should he tell on him. 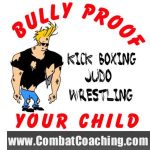 For these children, the allure of the December holidays is not just about time away from school and a trip to the beach; it’s about a respite from the bullying.

“A bully is going to target who?” Swanepoel asks his students.

A hand shoots up. It’s the boy with the bruised arm: “The guy who’s smaller and weaker, with less muscle; not a lot of friends.”

“That’s right,” says Swanepoel. “Most of you don’t want trouble, you just want to do your own thing.”

The bully acts with astonishing stealth and guile, planning his attack and often getting away with it, or, most cruelly, landing you in trouble for fighting back, for hitting him first. Swanepoel knows this, which is why the programme he’s developed the only one of its kind in the country gives children the ammo they need to guard themselves against the little bastards.

Next, it’s the classic grabbed-by- the-collar scenario. Still in their pairs, one child seizes the other. They’re all laughing, but twitches in the collective body language says they’ve had this done to them before. “Rotate with your hips and spine,” booms Swanepoel. “You might be carrying your schoolbag in your other hand; use this to defend yourself and run away.”

Unlike martial arts, which don’t always equip you for a bully’s graceless approach, Swanepoel uses scenarios to prepare his students and preaches passive, verbal resistance; throwing a punch is the last resort.

The kids are still at each other’s throats, play-fighting, throwing their sparring partners down onto the multi- coloured mats with plasticky splats. They’re visualising their per- sonal bullies, imagining what it would be like to do this for real on the playground, by the goalposts, behind the tuckshop; a breathless, conclusive confrontation over the sound of women serving hot dogs.

Zane Sadak has been bringing his five- year-old son, Hamza, to the bully-proof sessions for four months. Zane is sitting with other parents, watching his child rehearse the phrase, “Back off and leave me alone!” with the rest of the class.

“I brought Hamza here purely for self-defence,” Zane says. “Considering the environment we live in, it’s essential that we have this sort of thing. The classes have not only affected him physically, but mentally as well. He is more confident, more disciplined, a brighter pupil.”

Another father, Godfrey Sterley, is on the floor himself, preferring to join the class with his two daughters, Liann and Nadine (11), and son Ethan (six). “We’ve had some incidents with bullying in the past, but not to the extent that my kids were emotionally damaged,” says Godfrey. “One of the most important things Morne teaches the children is an awareness of other people, to know who the bad people are and stay away from them.”

Most parents who have enrolled their children in the programme found out about it during their own self-defence lessons with Swanepoel, or through other parents. Swanepoel’s sons, Brad (10) and Dylan (8), attend the classes too.

The bully-proof programme runs in various centres throughout South Africa with plans to expand it Internationally. There is a specialized support program where anyone with an interest can start a group endorsed by Swanepoel’s Association CombatCoaching.com

“And it works,” he says. “Recently, five kids who train with me confronted the bully at their school and he backed down.”

But is there a danger that the bullied, with his new-found poise and power, will become the bully? The urge for cold-blooded revenge and heroism must be enormously tempting for the weakling who’s been handed a Superman cape and guided to the nearest telephone booth.

“It would be very easy to make them bullies,” says Swanepoel, “but the classes are more about teaching them to escape, to avoid the conflict, rather than hurting another person. The kids know that if they become bullies, I will know about it.” 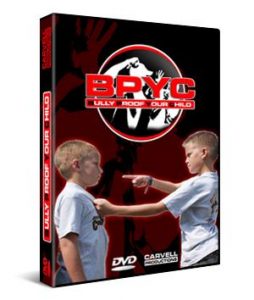 Some in Swanepoel’s class, like 13-year-old Chad Scharnek, are former bullies who lost their angst (and their punch) a long time ago, and their renewed innocence has come back to haunt them.

“I was a bully in grade two,” Scharnek says with the hubris of a reformed addict. “But, in time, people began to tease and fight with me because I became overweight. I started a new school this year and everyone thought I was a geek; one guy hustled me, but I got him in a choke hold and now I have more respect.”

Nadine and her twin sister Liann have combined their small statures to become a boy-sized, bully-eating machine.

“We are the shortest in our class so we get teased,” says Nadine, “but we kick back, especially at the boys.”

The class is nearing its end, but Swanepoel has one more drill for the children. “A more serious one,” he says. “Not for a bully, but for the guys out there in the streets.”

“A thief!” shouts one of the kids.

Then hands go up, all 15 of them, waiting to tell stories of how they, or their dad, or a friend were tied up in their home or hijacked in their driveway. Swanepoel tells the story of a recent armed robbery in a Durban shopping centre. There was a shoot-out, people got hurt.

“What must you do if this happens?” Swanepoel asks. “If I’m standing , I’m a big target. But, if I lie down, if I get as close to the ground as possible, I’m a smaller target. The bullets will fly over me.”

The children listen, seeming less afraid at this than the odds of bumping into their bully down a cold school corridor.

The inevitable is far less frightening than lurking possibility.

“But, but, if a guy with an AK-47 is … next to you,” stammers one of the students, “maybe you can trip him up and he will drop his gun and you can jump on him.”

“Leave that to your dad,” says Swanepoel with a despairing laugh. “I wish we didn’t have to train you guys to deal with this sort of thing, but we have to.”

The class ends and, five minutes later, a group of them is still play- fighting on the mats, as if they’re not quite finished.

Saved By The Bee: From Victim to Victor