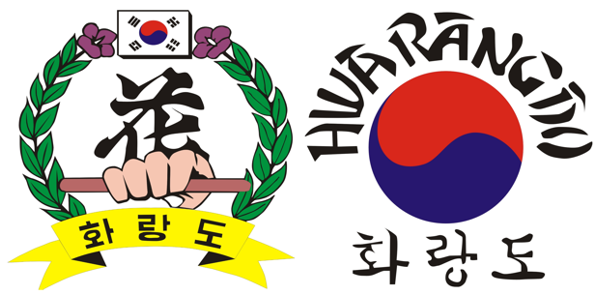 One of the oldest Korean arts of combat. Hwa rang do means “the way of the flower of manhood,” since it was originally taught in a youth organization. Originating almost 2,000 years ago, it is the Korean martial art from which many others stem. It was founded by a Buddhist monk, Bopsa Won Kwang, to educate aristocratic youths in martial arts and philosophy. These young adults were called “Hwarang” and in the Silla Dynasty they developed a reputation as the most feared warriors.

Practitioners of Hwarang-do were expected to develop several principle qualities common to all martial artists: loyalty, courage and fairness. Like most “do” arts, Hwarang-do relies on the concept of yin-yang, or umyang as it is called in Korea, for it focuses on the spiritual and personal growth of the individual, balanced by development of the mind and body.

Eventually the power of the Hwarang dissipated. The art was driven underground during the Yi Dynasty, where it remained for many years. In 1960, two brothers who had been students of Hwarang-do for many years opened the first modern public school. The art has spread to other countries, where it is often taught in combination with Tae Kwon Do. (Taken from The Martial Arts Encyclopedia by Jennifer Lawler)

Tae Soo Do was created by Supreme Grandmaster Dr. Joo Bang Lee as an undergraduate program to Hwa Rang Do®. Like Karate and Tae Kwon Do, Tae Soo Do® focuses on basic human motion. Techniques are simple yet effective. Students learn proper balance, speed, power and control. Students are also introduced to principles of sparring which are highly applicable to self-defense and martial sport tournaments settings.

As a traditional martial art, Tae Soo Do practitioners are instructed in breathing and meditation exercises. Tae Soo Do helps individuals to build a sense of self-confidence as well as physical and mental well being. As in Hwa Rang Do, an emphasis is placed on proper ethical conduct through discipline and respect.

Tae Soo Do is designed for those individuals who have less than one year or prior experience in a martial art, and are interested in increasing their level of physical fitness while learning effective self-defense techniques. Tae Soo Do is perfect for children and adults of all ages and abilities.

USAdojo - September 24, 2010
We use cookies to ensure that we give you the best experience on our website. If you continue to use this site we will assume that you are happy with it.OkRead more