Home Training Articles Kyusho and Chi Anyone Can Beat Anyone: There Is No Such Thing As Invulnerability 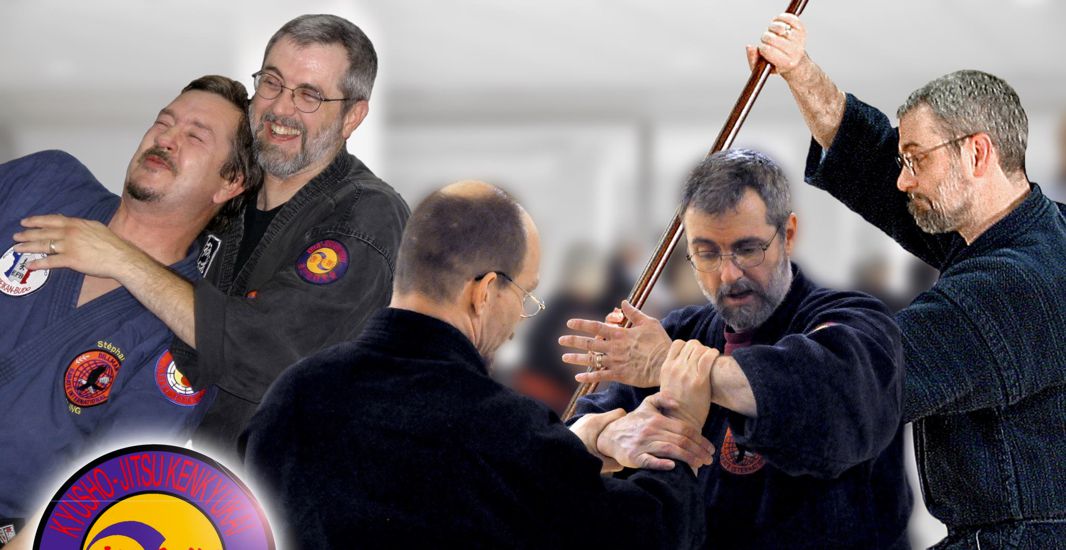 I know that invulnerability is often what we seek when we are beginning our training. We watched many a martial arts demo in which the defender dramatically emerges victorious from all kinds of attacks. But all of that is fantasy. The reality is anyone can beat anyone.

Years ago, I was lifting my daughter from the floor. She helped by jumping as I lifted, and our combined energy drove her head into mine – head butt. She was fine. I, one the other hand, was staggered. That event (combined with a similar story when my son was an infant and my groin was much younger) led me to understand an important principle of combat: Anyone can beat anyone.

Think about it another way – we have the best trained, best equipped military in the world. The Taliban, on the other hand, are basically medieval tribesman with very modest weaponry (AK-47’s, RPG’s, IED’s). This being the case, we nonetheless hear about regular troop losses. As great as our troops are, they can still be ambushed.

It turns out, there is no such thing as invulnerability. I know that invulnerability is often what we seek when we are beginning our training. We have watched Zatoichi slice his way through dozens of assailants. We have watched Bruce Lee dispatch numerous enemies. And we have watched many a martial arts demo in which the defender dramatically emerges victorious from all kinds of attacks. But all of that is fantasy. The reality is anyone can beat anyone.

I learned a long time ago how difficult this fact is to accept. I taught a 2 week self-defense course in a High School co-ed gym class. When I taught some blunt trauma things, I found that the young men loved it, but the women had trouble relating. When I taught finger locks, everything changed. The young women suddenly felt empowered, and the young men couldn’t handle the humiliation of being easily put on the ground by the young women.

Here’s how I knew they couldn’t handle the humiliation – the teacher told the students that for the first week I was around, they had to participate; but the second week, they could choose between the self-defense training or going to the weight room to pump iron. Inevitably, week two, all the guys fled. Yeah, they couldn’t deal.

Those high schoolers were not unusual – accepting the truth of vulnerability is harder for men, because our culture tells us we are supposed to be strong and mighty. If a man is humiliated by an overwhelming force, the question often asked is, why did you allow this to happen? Women are almost always facing an overwhelming force when they are assailed, and so, women are more familiar with the experience of vulnerability. But, even so, when women are victimized they are still often asked, why did you let this happen?

I was with my sensei (George Dillman) recently. As is often the case, he invited participants to demonstrate knock-outs. Among the demonstrators were several children – children, who then knocked out adults. And there it was again – anyone can beat anyone. I train an art that works as well on me as it does on others. I train an art in which I am as vulnerable to a beginner as that beginner is to me. I train an art in which I have experienced over and over the ease with which I can be defeated, and the ease with which I can defeat others. And this has changed how I approach things.

I used to adopt a strong kamae, an en garde position with fists held protectively and body positioned against attack. Now, I adopt an open, welcoming posture, as if I want to give a hug. I do not push the attack away, I invite it in. I accept that the attack comes; I accept that I will be injured; I accept that I can be defeated. And accepting these things empowers me to act without fear, without worrying about the bad stuff that might happen, but rather, to focus on the simple task of fighting back.

I will write on this stuff more in the future, on the concepts of “rescripting” and “welcoming” but I wanted to start here – I wanted you to understand that I begin, not from a posture of strength or one of defensiveness, but from a place of acceptance.

How to Learn Pressure Points Correctly?