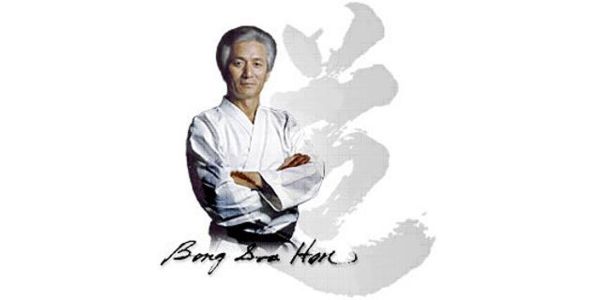 Grand Master Bong Soo Han is the world’s foremost practitioner of Hapkido and is referred to as the Father of Hapkido in the Western World. Grand Master Han has studied and refined this powerful Korean martial art for more than 50 years. He currently holds the rank of 9th Dan Black Belt. He is the Founder and President of the International Hapkido Federation.

Grand Master Bong Soo Han first introduced Hapkido into the United States in 1967, although mass exposure did not come until the motion picture, “Billy Jack,” filled the nation’s theaters in 1971. In this film, Grand Master Han gained critical acclaim for creating and staging some of the most breathtaking and realistic fight sequences that have ever graced the Silver Screen. 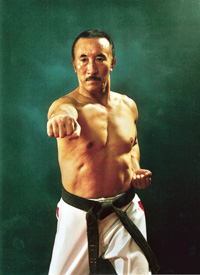 In the ensuing years, Grand Master Bong Soo Han choreographed, doubled, starred in, and produced numerous films including: “The Trial of Billy Jack”, “Kentucky Fried Movie”, “Kill the Golden Goose”, “Force Five”, and “The Presidio”. Grand Master Han was a lso featured in The Arts and Entertainment documentary, “The Martial Arts”, and will be the subject of an upcoming documentary by Academy Award and Emmy Award winning filmmaker Peter Spirer.

Grand Master Bong Soo Han has been the subject of hundreds of magazine and newspaper articles, numerous martial arts magazine cover stories, and is a member of the Black Belt magazine Hall of Fame (1978). In addition to being cited in dozens of martial arts books, Grand Master Han has written many articles on the way of martial arts and also authored the book, HAPKIDO, The Korean Art of Self-Defense (Ohara Publications, 1974), which is now in its twenty-third printing. Recently, Grand Master Bong Soo Han completed a series of 10 instructional Hapkido video tapes (Panther Production, 1996) for worldwide distribution. He presently operates his own martial arts school in Santa Monica, California, which serves as the headquarters for the I.H. F. In an effort to expand the I.H.F. to include qualified and committed member schools, Grand Master Han continues to tour the world lecturing on and demonstrating Hapkido, the Art of Coordinated Power.