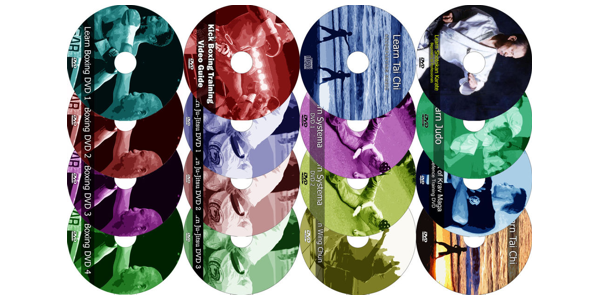 In recent years there’s been a boom in the sales of martial arts training DVDs designed to teach certain skill sets to viewers. As soon as video was determined to be an effective teaching tool, forward thinking martial artists entered the fray and began churning out volume after volume of Martial Arts training DVDs covering every style imaginable. It has become big business. Up to 35 percent of the ads in martial arts magazines offer some form of DVD instruction. They represent an almost endless parade of styles and instructors, with individual tapes costing as much as $60 and complete sets selling for $500 or more. Despite the popularity of martial arts instructional tapes, no study of their effectiveness has been performed. Until now. In a quest for hard evidence, three subjects with no martial arts experience were selected to participate in an experiment. These are the results.

THE METHOD
The subjects were three women, all of whom were in their 20s and in good health. They were tasked with learn 10 kenpo karate techniques. For some techniques, the mode of instruction was one-on-one training with a certified personal trainer who holds a black belt in the art. For others, it was by videotape.

All the techniques were taught on the same day. Two of the students learned in their homes, while the third learned in a commercial martial arts facility. Before each session, they were told to stretch their muscles and perform calisthenics. Then the training commenced.

Each live technique was performed three times by the instructor. Then the students practiced it with the instructor as the partner until they could execute it proficiently.

Each video-based technique was viewed three times. Then the students practiced it with the instructor, but he merely served as the attacker. He did not make corrections or offer advice.

The study determined that all three students were able to effectively perform each technique for the instructor in fewer than 10 attempts. No systematic differences between the two methods of instruction were evident. The subjects appeared to learn the techniques equally well from either source. The DVD, however, imparted the skills at a much lower cost to the students.

This article was originally printed in Black Belt Magazine in September 2003  and has been edited for current use.

The Difference Between Karate and Tae Kwon Do