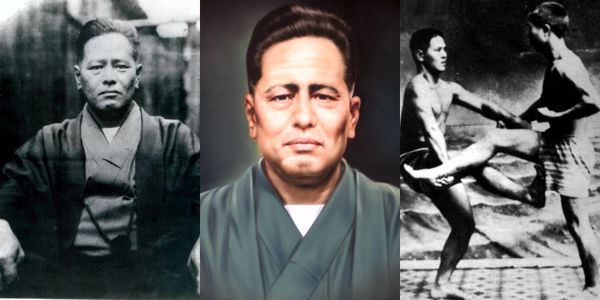 Independently wealthy, Chojun Miyagi was able to devote his life to the exclusive study of the martial arts. Unsurpassed as a teacher and developer of the art, he once said, “If I had devoted my time and wealth to some other enterprise, I would have been successful. But I devoted my life to mastering everything from Master Higashionna.” And so he did. After his master’s death, Master Miyagi journeyed to China twice to study and collect further literature on the martial arts. A pioneer in internationalizing karate, he also traveled to mainland Japan and Hawaii to spread its doctrine.

In 1933, when Dai Nippon Butoku Kai (the largest martial arts organization recognized by the pre-war Japanese government) was established, Master Miyagi, as the representative of the Okinawan martial artists, presented his article, “An Outline of Karate-do.” As a result of his presentation, karate received formal recognition as a Japanese martial art. Master Miyagi himself was awarded the title, Karate-Do Master, the first master in the karate world so designated.

Although Master Miyagi’s command of the art was profound, his greatest achievement was the organization of karate teaching methods. He introduced preparation exercises, supplementary exercises, Hookiyu Kata (unified kata), Kihon kata (basic forms) and relaxing exercises, all truly epoch-making developments in karate teaching. In addition, his classes in junior high and police schools helped redefine karate’s public image. At that time, public opinion held that karate would make a person poor or fond of quarreling. Master Miyagi’s work, however, disproved these myths and presented a more accurate picture of karate as a martial art and physical exercise.

Although a master in the Goju-Ryu style (Naha-te), Master Chojun Miyagi wanted to study karate more completely. He visited the most respected master of Shuri-te, master Anko Itosu, and asked for instruction. Master Itosu responded by saying, “You are a top disciple of Master Higashionna and you have mastered Naha-te techniques. You don’t need to study with me. If you watch my techniques, you will see what I mean.”