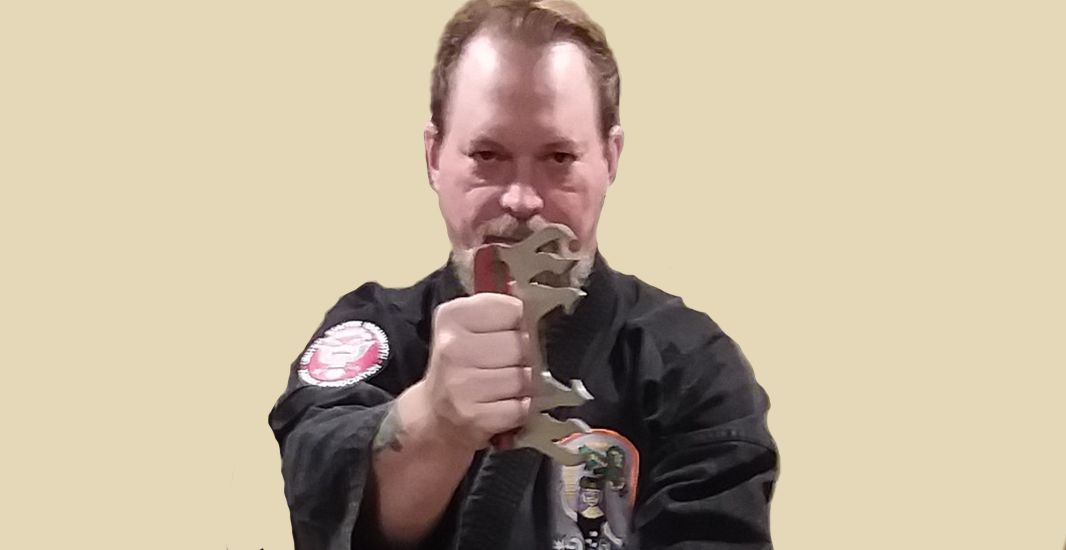 David Hansen has been in the martial arts for 44 years. He began studying karate at age 14 with Roger Carpenter Sensei. He joined the United States Marine Corps right out of high school and served as a combat engineer and 0352 TOW Gunner. He spent 17 years in the Marine Corp Infantry and retired with full honors after being injured. He was a combat veteran several times and was on the Presidential Guard during Reagan/ Gorbachev summit in Iceland.

David Hansen trained under the late Joe Dionne in J-Ville out of North Carolina. He fought 7 Full Contact Kickboxing matches with a 6-1 record. He trained with Demetrius Oak Tree Edwards in Greenville, North Carolina under Bill McDonald. He is very well rounded having competed in  Kumite matches as well as in Kata and Kobudo. In the last 30 years David Hansen has finished in the top 4 in almost every Tournament he entered. He lived in Okinawa for almost 6 years as a Marine and spent that time in Okinawa studying martial arts from various martial arts masters including at Eizo Shimabukuro‘s school.

Later David Hansen trained under Steve Young Hanshi and served on the Executive Board for the AOKA. He is the head instructor at Hansen’s House of Isshin-Ryu. He has taught seminars serious practitioners from Puerto Rico, the United States, and Canada. He is presently a lifetime member of the United States Isshin-Ryu Karate Association under the leadership of Phil Little Hanshi.