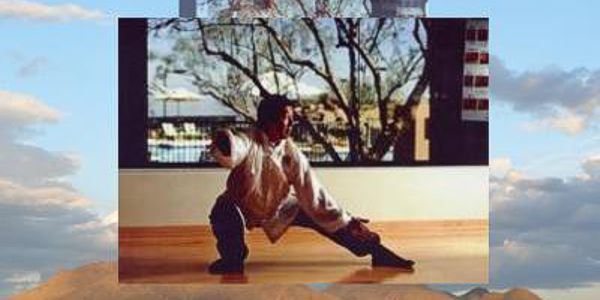 Speak to your friends who do Karate or Tae Kwon Do about Tai Chi Chuan and they will tell you it is a slow health exercise for old people and not self-defense. Speak to someone from the alternative healing camp and they will speak about energy, moving meditation, centering, etc. Are they correct? Definitely, to a certain degree. However, alone, these aspects are by-products of Tai Chi Chuan.

What does Tai Chi Chuan translate to?

Grand Ultimate Fist – undefeated in its hey day in China. One has only to interpret correctly the symbol of Yin and Yang and go into its philosophy to understand that within it, is also the principles of I Ching. Understanding the importance of this is vital to lay practitioners of Tai Chi Chuan. No matter what the style, one must have a strong grasp of the above otherwise, how can one explain how the soft takes the strong, the short takes the long or the slow takes the fast.

Mastering or even basic practicing of Tai Chi Chuan is about mastering changes. There are a least 108 moves that camouflage and when one moves fast or slow, one changes or camouflages. These movements are so well hidden or disguised that by the time one’s enemies see it or realize it, they are already ensnared in the net. The more they struggle the worse it is for them.

The fine tuning of the body in Tai Chi Chuan can be likened to the performance of Formula One racing champions like Alain Prost or the late Aynton Senna. They are very much attuned with their cars. They test the cars to the fullest. They communicate by telecommunication with mechanics, engineers and designers as they are driving, so that any adjustments made to the car tune into their response. Real Tai Chi Chuan is all of the above.

Doing the 24 steps, 37, 42 or the 108 does not necessarily mean doing Tai Chi Chuan. Most people practice the form without really understanding what it is. Hence, we have “experts” writing about the demise of Tai Chi Chuan when Cheng Man Ching abridged the 108 to make the 37 steps. These people did not understand what was involved and therefore operated from a position of ignorance. In fact, Cheng Man Ching was ahead of his time and was so refined in his art that even his colleagues did not see what he was mastering. He certainly did not earn his reputation from doing paintings although he was a master at that as well!

Most Tai Chi Chuan practitioners who are familiar with the 37 steps in Cheng man Ching’s form think it all ended with him. However, Huang Sheng Shyan, the White Crane master, brought the system another 20 years forward. He developed it so much that when one sees him doing the form, the instant response is “there is nothing to it”. In fact, though, it is camouflage at its finest. People not recognizing the camouflage have spoken, misguidedly of the demise of Tai Chi Chuan.

Tai Chi Chuan needs to be learned with proper guidelines. Mastering or learning real Tai Chi Chuan involves consciously working with the hidden moves and intricacies. One tunes ones body until one has an intuitive feel for specific movements. It is also very important to realize that it is not mastered overnight and that it takes perseverance even with proper guidance. If it were as easy as walking the steps, everybody could have learned it. It is definitely not like learning hard style martial arts. In act, if one views it from the prospective of the hard style one will never grasp it.

There are many who compromise their approach to Tai Chi Chuan.

There are those who approach it with the belief it is only for health.

There are those who say it is soft and therefore useless.

There are those who relegate it to the realm of magic. There are a few who can acknowledge within themselves that in spite of years of devotion to Tai Chi Chuan, they have not been exposed to its true essence.

Tai Chi Chuan is indeed the Grand Ultimate – only with the proper research, understanding and above all training under the right teacher can the door be opened.