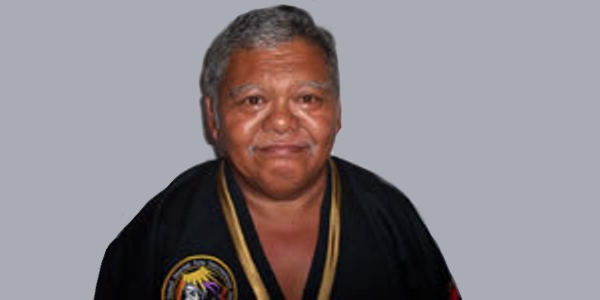 Don Tingcang was born on Dec. 25, 1949, in a small town hospital in Ewa, Hawaii. He grew up traveling with his military family throughout the United States. During his father’s last duty station, which was at Fort Richardson, Alaska from 1965 to 1967, he started his martial arts training. In 1967 his father was transferred to Hawaii, retiring from the U.S. Army.

Upon returning to Hawaii in July of 1967, he took 3 months training while searching for another martial arts club. He soon found John A. Pagdilao and returned to training in October of 1967. He trained with John until July of 1973.

Upon his separation from the US Army in October of 1980, he returned to Hawaii and took a two-month layoff from training. In January of 1981 he return to John Pagdilao and continued his martial arts training with him. He stayed with him until June of 1996.

In 1996 Don Tingcang started his own school, the Independent International Kenpo Karate Association, but changed the name in January 1998 to Tingcang Self-Defense Institute.

His club was in Pearlridge Elementary School in for a couple of years until he moved his training to his residence in Waipahu, Hawaii. He trained their until he moved to Florida in March of 2003. During that period of time he promoted his nephew Landen Tingcang and Nathan Kaai to Black Belt.

After their promotions, in March of 2002, Don moved to Florida. In August of 2002 he opened another Martial Arts Club. He lived in Florida until late 2004 when he returned to Hawaii.