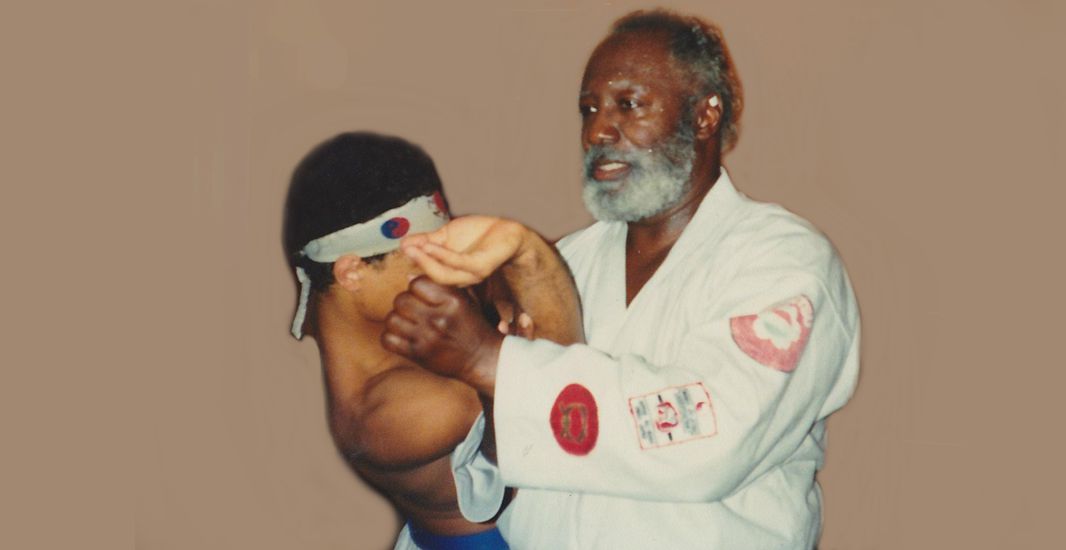 Jonathan Stewart began studying boxing and judo when he was seven years old. In 1953, while in Korea, he was introduced to the Korean martial art of Tang Soo Do taught to him by his Korean Military partner, Lt. Kim. In 1960 Jonathan Stewart completed an Advance Instructors Training Course and became an instructor in a program sponsored by the United States Department of Defense and The Department of State. In 1966 he was sent to the Republic of China, while there he studied the Chinese art of Boxing (Wu-Tzu), along with Tai Chi Chuan. He also studied martial medicine learning acupressure and acupuncture under the supervision of Grand Master Che Laio Hung and Mater Laio Chien. Jonathan Stewart received a Masters Certificate from the Government of The Republic of China for his performances and participation with Chinese and Taiwanese school children, military and civilian personnel in the martial arts.

While attending the Graduate program at Brooklyn College and teaching as an adjunct instructor, Jonathan Stewart was the faculty advisor to the Brooklyn College Martial Art Club. In 1975 he opened the Brooklyn Heights Karate and Yoga Institute. He also became President of The American Tang Soo Do Association, New York State Chapter.

In 1976 Professor Jonathan Stewart was elected to the position of President of the International Federation of Vee-Jitsu “75”, later appointed Chairman of the organization by its founder Professor Florendo Visitacion, Supreme Grandmaster. That same year, he became the Martial Arts and Yoga instructor at Long Island University, Brooklyn Campus and the Manhattan College Karate Club which became the Manhattan College Stewart’s American Martial Art Club. For a short period he taught offensive tactics to the Court Officers at the Brooklyn Supreme Court.

In 1981, along with Prof. Wally Jay, Professor Stewart taught and became advisor to the Scandinavian Jiu Jitsu organization. In 1985 he established the Stewart’s American Martial Art System.

From 1977 until his death, Professor Jonathan Stewart traveled extensively through Europe, North Africa and Asia teaching the martial arts to private citizens, police and military personnel. Prof. Stewart held the rank of Ju Don (10th Degree) in the Art of Aiki Jitsu, Karate, Vee-Jitsu, was Soke of Shike S.A.M.A.S (Founder of a Martial Art System), and had an Honorary 6th Degree in Sungsan Shaolin Martial Arts.

Professor Jonathan Stewart passed away on November 7, 2018 and the martial arts world mourns his loss, but we will always continue to celebrate the a life of a wonderful man who contributed so much, not only to those in the martial arts, but to many outside of the arts. He was a very talented martial artist and instructor who spent a great deal of time traveling and teaching, making the world a safer place.