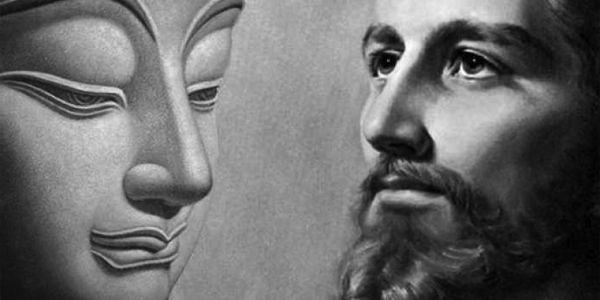 As a Christian and a martial artist, I am intimately familiar with the tension that exists between Eastern martial arts study and Western religion. For example, I know Christians who struggle with their perceived conflict between Christ’s edict to “turn the other cheek” and studying martial arts for self-defense. By the same token, I know non-Christian martial artists who believe the cheek-turners get what they deserve if they refuse to defend themselves in the face of a physical attack. I also know devout Christians who feel that just bowing in a martial arts school has religious overtones and are, therefore, uncomfortable with the practice. In each of these cases, the issue in question is whether there is a conflict between belief in Western religion and the practice of Eastern martial arts. At the root of this controversy are a serious communication breakdown on the one hand and a fundamental misunderstanding of Scripture on the other.

What makes the issue of Eastern martial arts versus Western religious beliefs so difficult is the failure of those on both sides of the issue to speak to the heart of the other’s reality in presenting their respective points of view. For example, those holding deep religious convictions need to recognize that biblical arguments and references do nothing to convince those who do not accept their scriptural authority (I Corinthians 2:14). Likewise, nonbelievers must recognize that all the logic in the world will not sway the individual who truly believes in a higher spiritual authority. Thus, as a Christian and a teacher of martial arts, I have found that the best way to discuss this contentious (and often deeply personal) topic is to do so from two distinct perspectives: a secular one for my nonbelieving friends and acquaintances, and a scriptural one for my Christian brothers and sisters. Martial arts instructors who believe, as I do, that no conflict exists can make their case most effectively by taking one or the other approach, depending on where they stand in the religious spectrum.

I address the subject from a secular perspective in detail in my book “Martial Arts America: A Western Approach to Eastern Arts.” There, I point out that martial arts instructors need to face one indisputable fact: Asian martial arts philosophy is deeply entrenched in Eastern mysticism and religion. As such, some martial art practices are simply incompatible with a number of Judeo-Christian and Islamic religious beliefs. However, this does not mean that we cannot teach Asian martial arts to devout Western students. (A practical definition of chi)

The philosophical and religious aspects of the Eastern martial arts are not so tightly entwined with the physical principles that the two cannot be separated. In fact, the former are not at all necessary for developing the physical skills that the overwhelming majority of our students seek. Since they are, in fact, unnecessary, and since some (potential customers) are sensitive to the issue of Eastern religious influences, then the wise teacher either learns which aspects are offensive and why and avoids them, or he thoroughly and frequently explains the functional purpose behind any practice that may be perceived as part and parcel of Eastern religion.

Unlike the secular approach, the scriptural perspective must appeal to both logic and the authority of Scripture, with Biblical references and citations to support all arguments. For example, when addressing the issue of “turning the other cheek,” I usually begin by citing passages wherein the apostles (and even Jesus himself) did not simply yield to physical assault. When tackling the question of religious influences in Eastern martial arts, I discuss both meditation and bowing. Every step of the way, I appeal to reason and draw from Scripture to support my belief that these two practices need not necessarily be in conflict with Judeo-Christian religious beliefs. (Christian participation in Asian martial arts)

For those determined to incorporate their personal religious beliefs and convictions into their martial art instruction, allow me to add this final point as food for thought:

Instead of bringing formal meditation and other Eastern religious trappings into Western martial art study and training, try sharing your religious or spiritual beliefs by personal example. Honestly living them before your pupils will have a much greater impact on their lives than any amount of formal instruction.

This article is reproduced with the permission of Bob Orlando. Please contact him at Bob@OrlandoKuntao.com or visit his website http://www.orlandokuntao.com/

Miyamoto Musashi: A Life in Arms