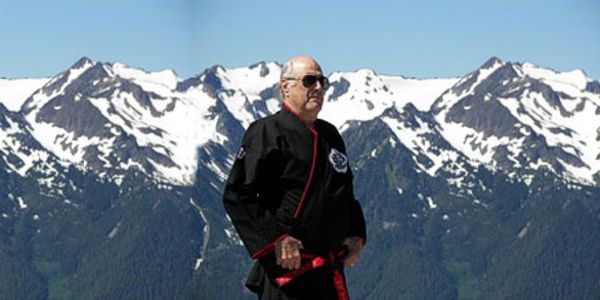 We have all been taught by well-meaning and not so well-meaning people throughout the ages that enlightenment is the true answer for coming to terms with all of the presupposed realities we will ever encounter. In the books we have read, the stories we have heard, and the spiritual suppositions that we accept based on who is doing the telling, we tend to seek a higher understanding of the way things are compared to the way things ought to be.

All cultures celebrate, within themselves, certain individuals who have attained a so-called higher understanding that they usually keep to themselves while promulgating the idea that where they are at is beyond the grasp of everyday people. What is even more bizarre is that the mass of sincere and good folk acknowledge a form of their own unworthiness as the means for them not to be able to ascend to this presumed higher ideal. Predicated on what enlightenment suggests that it is, it should be within the grasp of all people.

Uncanny mythologies arise from listening to the stories of the ‘elders’ as they report on the experiences of the most august and saintly of humanity who may have been ‘touched’ by angels. The tendency of those who propagate enlightenment offer their discoveries to the masses and are either followed or scoffed at. The majority of the common people will always have a need to follow one tenet or another in order to acquiesce to their own folly and will insist that the teachings they are hearing have to be the truth because they, themselves, the people, are erudite, educated and, in some variance, intellectual snobs. This mentality has generated some of the greatest minds of our humanity: Buddha, Moses, Confucius, Jesus, Mohammad, etc. It has also spawned incomparable fiends: Mao, Stalin, Genghis Khan, Hitler, etc.

Don’t presume to be the paradigm of virtue. Just because you don’t think someone is of an advanced hierarchy does not mean that those who think a particular person is somewhat ascended are wrong. After all, a consensus of any group of believers does, indeed, presuppose legitimacy based on personal circumstance. Your thoughts on the matter are irrelevant to believers, and should you not agree, then you may be subject to significant castigation. It also causes wars, religious and secular. Whether the ideologies of the individual lasts or not, one must take into consideration the result of their having been here.

In terms of realism, enlightenment comes in many forms and flavors: everything from bright flashes of insight, genuine elevations of consciousness relative to a specific discipline, and the alleged granddaddy of them all—nirvana—and everything else in between. Essentially, what you are trying to do is to walk in peace by going and coming in perfect harmony, in safety and without delay regardless of your vocation. Going about your business and maintaining focus on your objective is also a form of enlightenment. Many people are readily able to do just that and get thrown off only when they encounter interferences that must be personally dealt with. After consideration of that possibility having been resolved, their desire to ascend will again come to be if they so desire and are able to maintain sobriety and continue on without exasperation. In any event, perfect expression is not always available, and even buddhas have been known to get annoyed at variances of insipidness.

Other matters may also take precedence that can become obstacles in front of a seeker due to relationships of any sort that will eventually cause aspects of consternation; that is the nature of relationships. They start off as one thing and then, invariably, one of the partners may begin to veer off in another direction for whatever reason deemed appropriate for that particular person. It is at this juncture that both parties must determine the causes of the looming separation and consciously decide that they want to adjust attitudes and continue on or break it off again, depending on individual needs. Add to that the problems of an earthly nature that may take root when there are physical possessions in the mix, such as, “Hey, that’s mine and this is yours,” etc.

Great sages and mystics have always alluded to the need for disassociation from material needs except for those that can be easily transported on one’s back in a small satchel or even a rice bowl. One reason for the disavowal of material possessions and why they preferred isolation or a monastic life was based on their own self-acceptance. They did this for purely selfish needs that resulted in a desire to consider relationships as unnecessary. They knew that everything they needed would be provided for when it was truly needed. Wants and additional desires were left by the wayside as an act of convenience and or contrition.

Enlightenment, therefore, is relative to the situation that the individual determines as a requirement for simple living and not being concerned with the wherewithal of anything. The one fact that remains is the requirement for anyone to still be in the world regardless of the desire to not be of the world. Make no mistake. Enlightenment causes those who seek it to pay a very heavy price. Ego causes people to consider external matters in spite of their attempts at disassociation. This comes in many various schemes. In some instances there is a loss of friends, a loss of the convenience of everyday substances, lack of food, shelter, health and so on. The parameters of sustenance then take on different forms that a seeker will have to determine the need of for themselves.

The old saw, ‘be wary of what you desire—you may get it’ is the most difficult matter to overcome in the early stages of enlightenment acceptance. Even later, when levels of the new consciousness have taken root, there will always be trepidation caused by personal wonderment as to what was sacrificed for something that still does not bring with it the promise of surety. This is a significant aspect of ascension and must be overcome if true freedom is to be attained.

As one continues to seek out the highest form of oneness with whatever universe is self-defined, these difficulties do have a tendency to recede into the nothingness from whence they originated, based on the further explorations of the self to attain perfection. Should one be fortunate enough to have ascended in proper and ancient form, the ultimate release of attachment is attained. Only when there is no need to contemplate further freedom can one be considered to be enlightened.

3 Ways to Teach Your Kids to Be Media Literate

USAdojo - September 16, 2016
We use cookies to ensure that we give you the best experience on our website. If you continue to use this site we will assume that you are happy with it.OkRead more