We are triune in our being. We are body mind spirit. The wise martial artist will be holistic in his approach, considering his whole being.

Shuto Uchi, the notorious karate chop is known alternately as the knife hand, sword hand and ax hand. However you call it is karate’s sword. Each of the hand forms in karate mimic a weapon. The nukite is karate’s spear. The tsatui is karate’s battle hammer. I could go on but I think you get the point.

These hand forms can be honed into lethal weapons. In the past this was accomplished on the makiwari or striking pad. The makiwari conditioned the weapons and developed kime or focus. It is debatable how much can be accomplished without makiwari training. It is one of the cornerstones of karate training. Not only does it change the consistency of the flesh but bone density is increased. Makiwari training also desensitizes the striking surfaces. 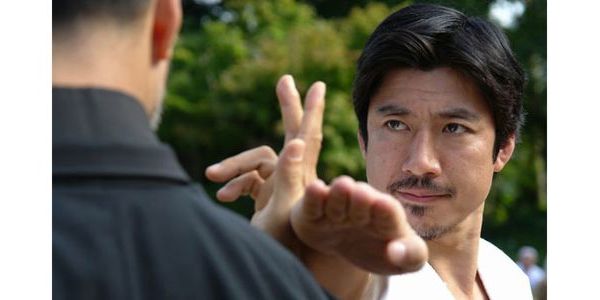 Other methods were also used to hone the weapons of karate. Heavy bags as we know them today are not the same kinds of bags used in the past. In the past these bags were filled with sand that packed solid with continued use. As the bag became harder the karateka’s weapon became tougher. All of this plus the kihohan or basics, kata or forms and the waza or fighting techniques (short fighting forms) comprised karate training in the past. Perhaps some ippon kumite (one step sparring) or nihon kumite (two step sparring) was allowed but most of the techniques were derived from bunkai or interpretation of the kata. Jiyu kumite (free sparring) was unheard of.

All of this comprised ancient karate. Tode and Okinawan te became Okinawan kempo and kempo became karate. Those ancient system became the karate that we know today. The martial arts in Okinawa and other Oriental countries evolved according to the times and the needs of the people. karate continues to evolve today.

Karate in its early incarnation was purely combative. There was no sport application so every technique was designed to deliver lethal force. There was no half way measure in karate of that day. Every technique was done with maximum effort. Every strike was designed to mame or kill. A one hit, one kill system was created. When an unarmed combatant faced a well trained samurai with a razor sharp katana (long sword) he usually got only one chance. There could be no long drawn out battles as we see in the kung fu movies. That one chance was usually all he got.

All of that plus the necessity of the times made karate what it was. Today it isn’t necessary and probably not advisable to try to turn the human body into a lethal weapon. We still need to be able to defend ourselves and our loved ones but the purpose for studying the martial arts has changed. A preoccupation with being dangerous and lethal hints at antisocial tendencies. Hopefully, we as martial artists have grown beyond that. I came up in karate and the other martial arts during the transitional period. I watched the arts morph from combat systems to sports. Techniques that were too dangerous for competition were gradually change to accommodate the new sport orientation that many of these arts embrace today. I went through the hard core training and conditioning that described karate in the mid fifties and early sixties. It was a different animal in those days.

Personally, I don’t subscribe to the sport aspects of the martial arts. I feel that too much is lost in trying to make a sport of dangerous fighting systems.

The days of facing samurai, marauding ronin (masterless samurai) or fighting to the death with other martial artists is gone, thank God. Still there is a place for the martial arts in today’s world. Personally, I don’t subscribe to the sport aspects of the martial arts. I feel that too much is lost in trying to make a sport of dangerous fighting systems. I teach children so I do teach an abbreviated approach to these combat systems but my primary students are adults. I am careful what I teach and to whom. My ushi deshi (live in or private students) are the ones to whom I teach my total art.

Training is central to the martial arts. Still, with all of that being said our primary focus should be the honing of our minds. Our mind is our sword.

I still believe in honing the martial art weapons. I believe in physical conditioning and to a lesser degree the conditioning of the physical weapons. I’m not interested in producing trained killers however. I’m more interested in honing the minds of my students. The mind is the greatest asset that we have. It is also our first and greatest weapon. It is our minds that have gave us superiority over the many dangerous animals that we share our world with. Lions, tigers, wolves and such like are more lethal but regardless, we are at the top of the food chain. The training of the body is of great importance in the arts. Without that training there are no martial arts. Training is central to the martial arts. Still, with all of that being said our primary focus should be the honing of our minds. Our mind is our sword. With it we can face the most dangerous situation and still triumph. It is our intelligence that offers us superiority. In the end it is our minds that we are tempering. It is our mind that will allow us to prevail. We are still warriors. No less so than our predecessors but we are thinking warriors. Being dangerous is not enough in today’s world. Being strong and tough is important but being smart means more.

I encourage my students, my fellow teachers and masters and my martial art brothers to be faithful and focused in your physical training but during the process don’t forget to forge and hone your most important weapon, your mind.

We are body, mind and spirit. The wise martial artist will be holistic in his approach, considering his whole being.

Lastly, I would be remiss if I didn’t mention the spiritual man. We are triune in our being. We are body, mind and spirit. The wise martial artist will be holistic in his approach, considering his whole being. As we grow and progress let’s be cognizant in every area of our development so that we can be not only the best martial artists that we can be but the best people.

Train hard my brethren and go with God.