Freedom Fight Night will protect individual rights by supporting leaders who are dedicated to upholding the Constitution. It’s time we get America back to the basics, focusing on the core principles of our American republic.

Today’s Democrats, the most left-wing party in U.S. history, are responsible for threatening individual rights. The current iteration of the Democratic Party is so obsessed with ramming leftist proposals down the throats of everyday Americans that they cannot come up for air. The COVID-19 pandemic has led Democrats to tread all over the Constitution to impose vaccine mandates on tens of millions of Americans. Levying five- and six-figure fines on private employers, the federal government’s interference in private medical decisions is now the law of the land—enshrined by the Biden administration. “Constitutional” means nothing; only power does.

We will protect individual rights by supporting leaders who are dedicated to upholding the Constitution.

President Biden and other Democrats continue to preside over the worst border crisis in two decades. In August 2021, the Department of Homeland Security reported more than 200,000 illegal immigrant encounters for the second month in a row. Under the direction of the Biden administration, border enforcement refuses to stop migrants headed from Mexico to the United States. Migrant caravans are everywhere, bringing drugs and crime to every part of the country.

We will only support leaders who will secure America’s borders, starting with completing the wall across our southern border.

Leadership starts at the top. After a botched withdrawal that saw 13 U.S. service members killed by the Taliban, more Americans remained stranded in Afghanistan. President Biden ignored his military generals, who requested that thousands of American troops remain in the unstable country. Instead, the Biden administration retreated on all fronts, diminishing America’s standing in the world and disheartening our allies. America now projects an image of weakness and incompetence on the international stage.

We know the importance of projecting American strength and will support a strong, competent Commander-in-Chief.

In countless urban areas, violence—drug-related and otherwise—is rampant and rising. Homicides increased by nearly 30% from 2019 to 2020, according to FBI crime data released in September 2021. About 77% of the killings involved guns and increases were found in every region in the US according to an analysis of state homicide data by The Guardian.

We strongly supports law enforcement officers across the nation, understands their dedication and sacrifice, and will support leaders who fully fund public safety.

The radical left is trying to take over our education system. From promoting critical race theory to glorifying the tenets of socialism, today’s Democrats are attempting to indoctrinate our children from a disturbingly young age. Making matters even worse, many local leftist education leaders are ignoring the input of parents. It is simply unacceptable.

We will work to eliminate CRT and other radical left theories from the education curriculum. We will ensure local leaders listen to parents, support charter school funding, and promote choice in education for every American child.

As Congress pushes trillions of dollars in new spending, debt ceiling suspensions, and a laundry list of middle-class tax hikes, we are seeing a Democratic Party run amok. Inflation is above five percent, with free money flooding the economic system. Millions of Americans refuse to work, content with government handouts that undermine small business job creation.

​We will promote American job growth by supporting leaders who know that endless handouts are harmful, and spending must be reduced to protect our economy and future generations.

American freedom is under assault. From inept White House leadership to a radical congressional agenda and an emboldened federal bureaucracy, never have the tenets of America’s founding—life, liberty, and the pursuit of happiness—been so fundamentally besieged by the Left.

We will get America back to the basics, focusing on the core principles of our American republic. The Constitution matters. Individual liberty matters. Freedom matters. 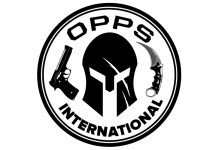