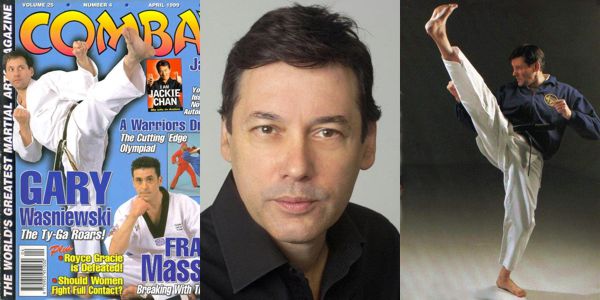 He is recognized worldwide for his incredible ability and dedication to the martial arts, which earned him the 2003 Combat of Fame Award, 2001-2003 World Grand Master Award and 2001-2003 U.S.A. Black Belt Hall of Fame. Soke Gary Wasniewski is now the official WHFSC Great Britain Representative. Soke Gary is the World Karate Union, England Representative 2003.

Soke Gary Wasniewski first started his interest in karate in 1966, with a book sent from the USA. He then began training officially in 1970 and, since that time, he has continued to train every day.

Soke Gary Wasniewski  created TY-GA Karate in 1975 after many years of training in martial arts, for which he holds several high-ranking Black Belts. He became very disillusioned with what he had seen and decided the world needed something new, and that was TY-GA. Since its creation, TY-GA has gone from strength to strength and now boasts clubs worldwide with thousands of members. TY-GA is registered and certified with the W.H.F.S.C. and the E.U.S.A.I.M.A.A.

It is a system that uses your whole body, close in and at range. It develops the mind to overcome fear and has the ability to back it up. A general TY-GA session is an excellent workout and, because you are active all the time, it makes TY-GA a fast learning system too. There is never a shortage of help from the Instructors, who are well aware of the benefits TY-GA has to offer, even to the initially most uncoordinated.

TY-GA values itself on its track record and is now registered as its own martial art, which is a very big honor and very rare in the world of martial arts.

TY-GA is also the only martial art in the world today that doesn’t charge a registration fee if there is nothing to register. Not only are you getting the best system in the world but the best value too!

To train in TY-GA can only improve your way of life, physically, mentally and spiritually. The Chief Instructor believes that you are only as good as your last session and, in a real situation, that’s exactly the attitude you need behind you.

TY-GA is also renowned for its great competitors, with the Chief Instructor himself being a World All Styles Champion.

TY-GA is open to all karate and martial art clubs and students. To join as associate members thus gaining grade recognition from 10 world governing bodies, and personal instruction from our founder, send your details to TY-GA International Head Quarters. 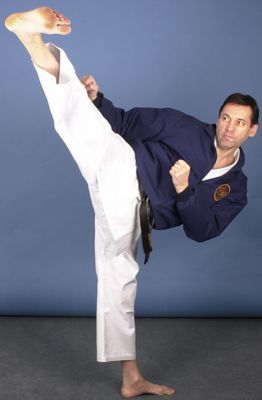 To learn more about Gary Wasniewski and TYGA Martial Arts International visit their listing on the Martial Arts Schools & Businesses Directory or FindADojo.com by clicking on the image on the left.