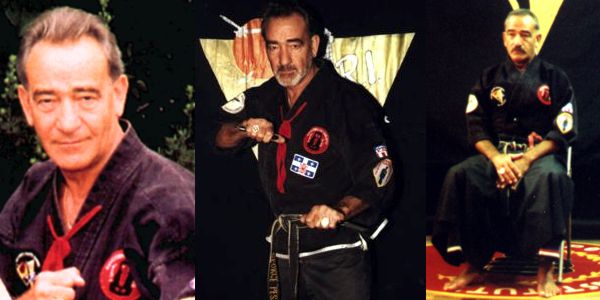 Senior Grandmaster George Pesare was a 10th degree Black Belt and was the undisputed founder of Kempo Karate in New England. The 10th degree Black Belt level is one of the highest achievements in the martial arts community and is at the Professorship level. SG Pesare began his martial arts career with Karazenpo-Go-Shinjutsu in 1958 with his instructor, Grandmaster Victor (Sonny) Gascon, one of the Kempo founders in America. When Grandmaster Gascon  retired, he gave over the responsibility of teaching the true Karazenpo-Go-Shinjutsu to SG George Pesare. Mr. Pesare continued his training in the following martial art disciplines:

These martial arts ratings were accompanied with college degrees in advertising and science.

George Pesare had successfully fought in karate and judo competitions, and besides being active in competition himself, Mr. Pesare had also trained 2 World kickboxing Champions.

George Pesare was featured in numerous martial arts journals including:

In the world of realistic self-defense, George Pesare was a law enforcement officer for over 20 years. During his tenure with the Providence Sheriff’s Department, he served as Training Officer and Range Master. During his tenure with the Kent County Sheriffs department, he also served as Training Officer and Range Master, teaching all aspects of firearms to Federal, State, and municipal agencies. Mr. Pesare was the coordinator of the National Rifle Associations’ Annual Police Pistol Regional Championships. He was also a member of the coveted ‘1490’ club. He was the 1994 Rhode Island State Police Pistol Champion, and was the Police Pistol Champion of the Prestigious Police Pistol Governors Twenty. Mr. Pesare was also the President and Rhode Island Match Director of the Rhode Island Police Pistol Combat League.

Pesare was also the founder and long-time head of the International Kenpo Council of Grandmasters, which has the goal of preserving traditional Kenpo training and documenting its lineage.

USAdojo - September 3, 2013
We use cookies to ensure that we give you the best experience on our website. If you continue to use this site we will assume that you are happy with it.OkRead more