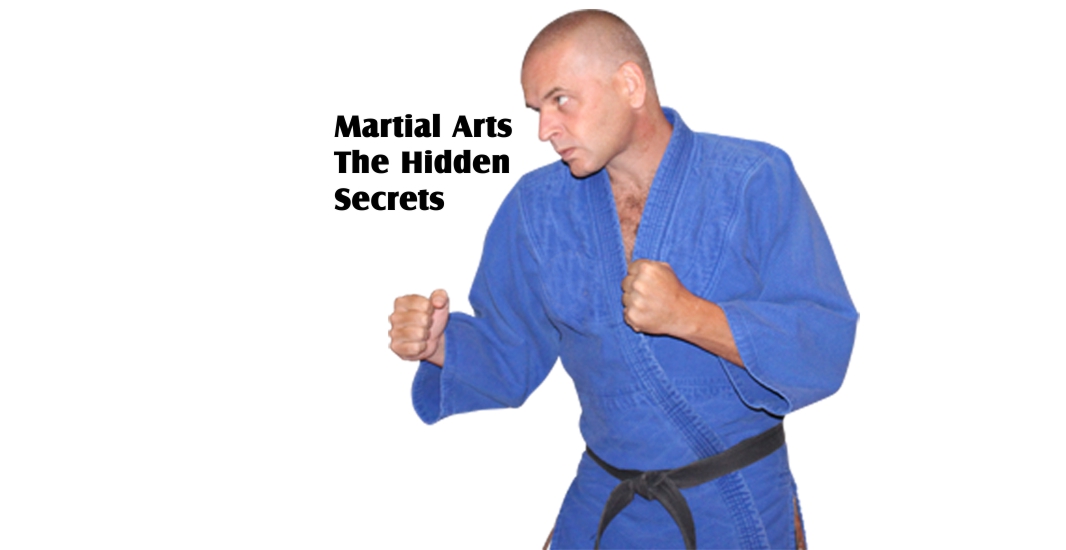 I want you to think about the following for a while before you take any action. Have a good long think and try to remember similar occasions in your own training. That is exactly what I did and it helped me to improve tremendously.

How many times have you looked at what people are doing and thought to yourself “we do that” or “that’s in our system as well”. Many times at seminars when teaching a lock for example, attendees have come up to me and said “we do this lock in our system”.

Let’s take a look at a reverse punch for example. Most systems are almost identical in terms of delivery of this straightforward punch. The vast majority of MA’s punching in very much the same way. Again, to the onlooker, they all look the same and in the main, they feel the same on impact.

Then, hold the pad for someone like Peter Consterdine or Peter Holmes or indeed any of my National / International Coaches. The impact is completely different! Again, it may look the same, but it ain’t! Peter Holmes literally punched straight through an ethafoam pad on 3 separate occasions. For those of you that have trained with these pads, you know how impactive that punch must have been! Peter, in fact punched through one pad whilst we were making our waveform video a few years ago.

These same impactive effects are found in other techniques, such as a slap, Hammerfist, low roundhouse, hook, uppercut and headbutt. Why is it, that these techniques look the same as a mainstream MA technique, but they feel so different?

This is not to say that all MA’s who study Karate, TKD, WC etc can’t hit hard or kick hard, of course some guys out there hit very hard indeed. The real problem, lies in the incorrect use of body mechanics / dynamics / physics. The vast majority of TMA’s are taught to strike in a manner that does not make the best use of their potential.

There, I put that as politically correct as I could possibly think of! It is this simple, if you do not move your body correctly, then you will lose power and impact. It might look like what someone else is doing, but it will not feel like it!

It is at this point in a discussion, that many MA’s start reeling off names of people in their art that can hit hard and are real tough etc. My usual retort is “So what, have they taught you and your training colleagues to be as good?” “ Have they shown you the difference between what they are doing and what you are doing? Or was it another, train harder, train harder command?”

If you are trying like mad to hit hard and it is not working, then you are doing it wrong.

If you have to use loads of power to make a lock devastatingly painful, then you are doing it wrong.

If you have to use loads of strength to takedown or throw, then you are doing it wrong.

There is no way to sugar coat this, no way to hide from this. Deep down you know it is true, but it is sometimes very difficult to admit to yourself and even more so to admit it openly. Especially if you are a Dan Grade already or an Instructor. Or even if you are a fighter!

Now, natural skills and abilities and will to win, may get you through as a fighter for example. You may be so conditioned, so dedicated that your opponent will have to kill you to beat you. So, these attributes may help to overcome your lack of punching power, your difficulties.

applying locks, the massive amount of energy you use up trying lo takedown or throw your opponent.

How many times have we seen Boxers with consummate defensive skills, but lack any type of power for their weight? Then, someone else in the same division, punching the same way (or so it looks) K.O’s everyone! Again, it looks the same, but it ain’t!

What is that devastating puncher doing, that the other Boxer is not? What is the difference between a punch from Peter Holmes, Peter Consterdine and most TMA’s?

The answer lies in the correct use of Body mechanics / dynamics and physics. It is the small, subtle yet devastating differences in the technique that make all the difference.

What is the difference between your attempts at throws and that seminar Instructor that gets the biggest uke up and tosses him around like a rag doll?

What is the difference between your locks and that Seminar Instructor that drops people with the slightest touch?

What’s the difference between your trapping and that Seminar Instructor that traps and stops the opponent in his tracks and has him totally off balance?

It may all look the same, but it ain’t!

I have lost count of the number of times people have told me that they have pressure points in their system and they know them. There is a massive difference between knowing where a point is located and being able to make it work!

It may look the same, but it ain’t

The fundamental flaw that I am pointing out to you, is the fact that most of these mistakes are due to only having a fleeting / basic understanding of the techniques and / or the way the body works.

A reverse punch for example, the way it is usually taught, is fundamentally flawed in that much of your power is lost in the incorrect use of the hips and the withdrawing hand.

The way to really improve your MA, is not to train harder, but to train smarter. You must learn how and why a technique works to truly understand it and make it your own.

You must learn the principles that make up a technique so that you can analyse it and correct your own mistakes.

To do this, you must utilize principle based training and definitely not technique based training. Learning principles is like learning the formulas in mathematics. Learning techniques is like trying to learn and remember all the answers! You may get the same answers a few times. It may look the same again, but it ain’t!