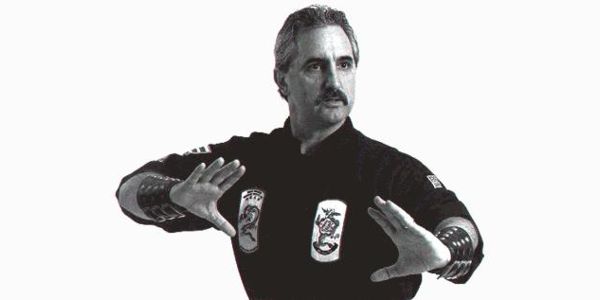 Glenn Wilson was born to Native American and European parents in the early 1950s in Orlando, Florida. His father’s affiliation with the Air Force gave Glenn his first taste of martial arts.

After living in Spain for many years, the family moved back to the United States, spending time first in Florida, then Texas and back to Florida. Shortly after his 9th birthday, Glenn witnessed a judo demonstration, which would change his life forever. But his father, a judoka, would not let him train until he proved to be more disciplined. On Glenn’s 10th birthday he began what would become a lifelong devotion to martial arts. He started in Kodokan Judo and then moved on to the Kwon styles of Korea.

When he was 15 he witnessed a Kenpo demonstration that fascinated him more than anything he’d ever experienced. The smooth, fluid and extremely powerful techniques mystified the young martial artist, who to this day holds a major reverence for its curriculum. Glenn studied the various Kenpo disciplines of Tracy’s Kenpo, Shorinji Kempo, Kongo Do Kenpo, Chinese Kenpo and finally a style that would stay with him for life – Bok Leen Pai Kenpo.

The internal influences that would help him center his life and training were practiced in Pai Lum Tao’s systems of Pai Yung Tai Chi, Kuan Yin Chi Kung and Chin Kon Pai Meditation.

Glenn’s life would change for the good in 1974 when he went from the private outdoor (very secluded) training of Master Jim McIntosh to being accepted as a disciple of martial arts legend Great Grandmaster Dr. Daniel Kane Pai. Glenn was brought into the Pai Lum Tao System at the rank he held at the time – a third higher level. Five years later Dr. Pai elevated Glenn to Master and named him head of his family of Pai Lum Tao martial arts. 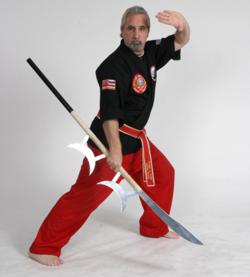 Great Grandmaster Pai died in 1993. This left Grandmaster Glenn C. Wilson in charge of the Society they formed – the White Dragon Warrior Society – as well as Senior Master of his “own” Family of Pai Lum Tao.

Glenn Wilson is considered a grandmaster’s grandmaster. He is what a Grandmaster should be: He doesn’t talk the game, he lives the life – A Pai Lum Tao Way of Life.