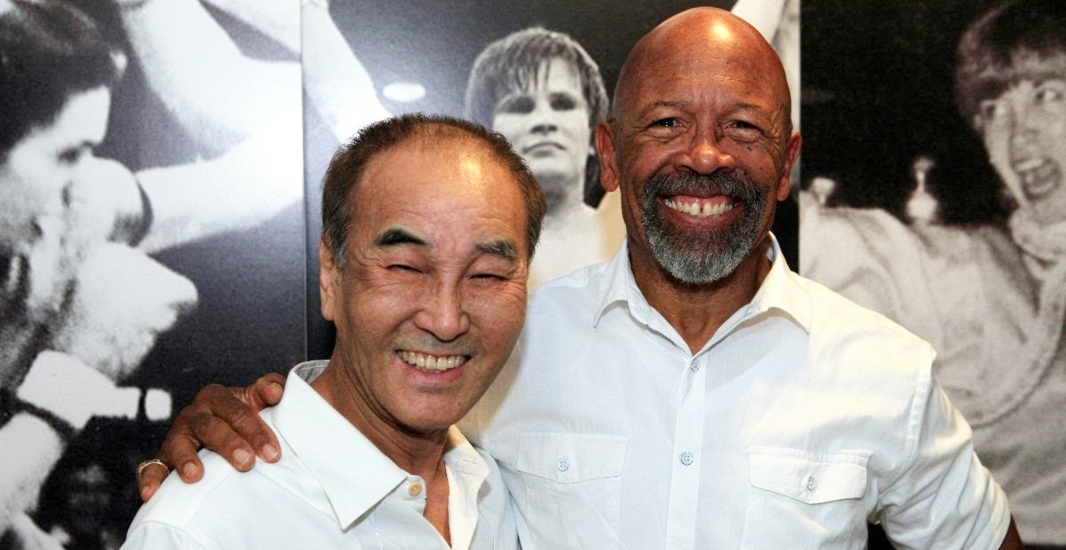 Master Greg Williams began his journey through the martial arts at an early age through his participation in competitive sports and his fascination with the inner workings of the world around him as well as his own inner constitution. Master Williams was an All-Conference football and baseball player at Mt. Carmel High School in Los Angeles. His success on the field continued at the University of Southern California where he played football.

At USC, Master Greg Williams immersed himself in the study of philosophy and eventually graduated with a degree from the USC School of Business with a minor from the School of Cinema. His thirst for philosophical understanding and his passion for the relationship between physical, mental, and spiritual continuity led him to Master Chuck Norris’ Tang Soo Do dojang in 1971. In 1974, Master Norris transferred ownership to Grandmaster Jun Chong and Master Williams in turn became the first Black Belt in the Jun Chong Tae Kwon Do System. Grandmaster Jun Chong and Master Greg Williams forged a friendship in martial arts that has spanned nearly four decades. Master Williams continues to teach classes at Grandmaster Chong’s dojang in Los Angeles, sits on the Executive Board of the World United Martial Arts Organization founded my Grandmaster Chong, and in 2006 he was promoted to 7th Dan in Tae Kwon Do and Hapkido.

Early in his martial arts career, Master Greg Williams complemented his training in the “hard style” external art he studied under Master Chuck Norris and Grandmaster Chong with the “soft style” internal art of T’ai Chi Chuan, which he apprenticed under the guidance of Sifu Dan Lee, a close compatriot of Bruce Lee. Throughout his career Master Williams has continually pursued the synthesis of the internal and external martial arts while maintaining the unique traditions of both art forms. He also teaches an expanding group of T’ai Chi Chuan students – some of whom are octogenarians – and passes on the traditions and teachings to anyone who desires to learn.

Master Greg Williams’ unique journey is exemplified by his efforts to introduce and relate the philosophies and internal teachings of the martial arts to those who are not martial arts students. The martial arts serve as the foundation for his Corporate Communication and Media Production Company, Greg Williams Enterprises, established in 1983. His unique approach has enabled him to create informative, enlightening, and inspiring presentations for Fortune 500 companies such as Toyota, ALCOA and Ferrari. While Greg Williams Enterprises focuses on touching large audiences, Master Williams also specializes in enabling individuals to realize their potential through his work as a professional LifeCoach. Since 1997, CoachGreg™, has been supporting clients in creating a fulfilling balancewithin their personal and professional lives.

Master Greg Williams draws strength from his 38-year marriage to his best friend, Eleana. Their children, Mason and Shelby, are lifelong martial artists and echo their father’s dedication and passion for the arts. Master Williams is a conduit of the martial spirit and endeavors to perpetuate that spirit throughout the world.