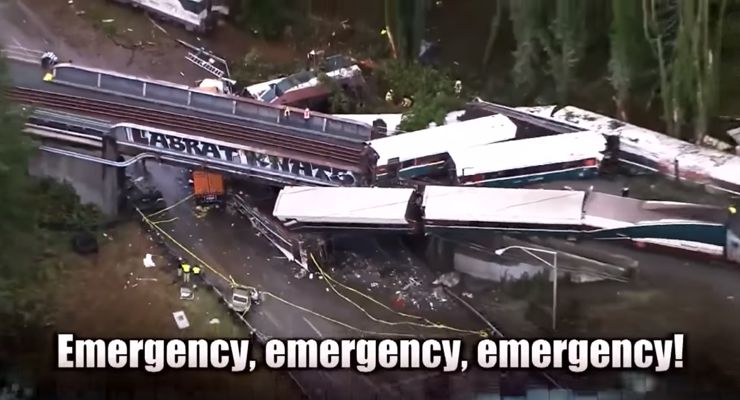 Would you know how to survive a train derailment?

A tragedy struck in Washington state Monday as a brand new train crashed down from a highway overpass, killing at least six. The derailment occurred after Amtrak train No. 501 left Seattle for Portland at about 6 a.m. The Seattle Times reports it was its inaugural run on a new route that recently opened as part of a $181 million project that began in 2010. “Today’s tragic incident in Pierce County is a serious and ongoing emergency,” Washington Govenor Jay Inslee wrote.

Civilian Use of Force Continuum