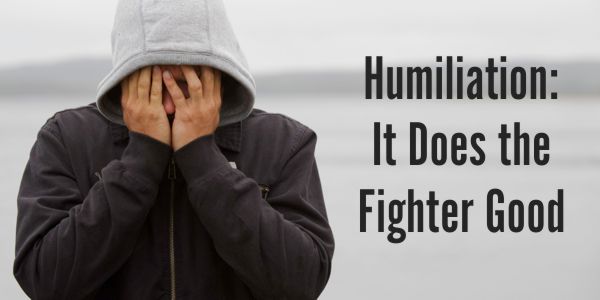 Humiliation is good for you – martial artist or not – even if it stings the ego a little if it gives you the motivations to train with more discipline.

I’ve never portrayed myself as a top-level martial artist or fighter. But I like to believe my skills and competency level are respectable and that I can take care of myself. This belief is rooted in not just the opinions of martial artists that I respect greatly, but also a confidence that comes from having successfully used my skills in real life.

A few weeks ago, I decided I’d like to learn a new style and went to check out a school. As is customary, when someone with martial-arts experience asks to join a new school, the instructor tests him out to see his skill level. In this case, the instructor dominated me – thoroughly and convincingly. He did not hurt me, but it was obvious to both of us that if he had decided to, there would be nothing I could do about it. The experience was a humbling one – especially since the instructor is smaller than me and at least twice my age. He gave me far more trouble than most younger, heavier, stronger, taller guys ever have. Naturally, I signed up immediately. I want what this guy has! 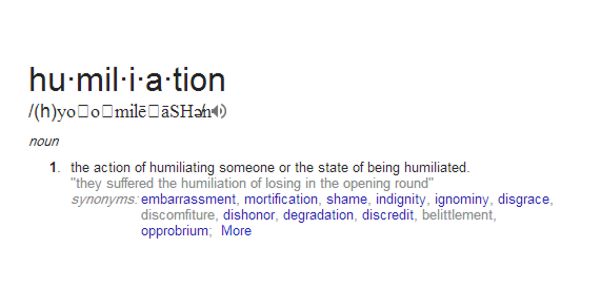 Even if I had decided not to join his school, however, the experience would have been a useful one in that it inspired me to re-commit myself to my training. Humiliation is good for you – martial artist or not – even if it stings the ego a little.

What do I mean? Well, all of us, the first time we walked into a training hall, felt clumsy and inadequate; weak, slow and easily confused. But if we stuck it out, we became increasingly proficient. We became friends with our seniors, accepted into their ranks; our instructors also came to have a certain kind of easy familiarity with us. As our skills improved, we became comfortable and confident.

Now, if your teacher is any good, every now and then, he’ll take you aside and give you a bit of a whoopin’ during a sparring session – just as a reminder of how much you still have to learn. And while these sessions keep you from getting cocky, they lose their humiliating properties fairly quickly. You have long accepted that of course your teacher’s better than you as a martial artist. But now he’s a friend, and you’ve discovered his human side too; you know that he tends to misplace his keys, perhaps, or that he – when nobody’s around – secretly watches and enjoys stupid Chris Farley movies. It thus becomes not so humiliating to spar with your teacher, and as a result, you stop pushing yourself quite as hard, and your progress slows.

But when you cross hands, so to speak, with a stranger, his martial ability is all you have to judge him on. And on that basis, he’s better than you – not just as a fighter, but – based on the data you have – as a person. Of course this is an ignorant and silly supposition, but on a gut level, that what you see. It’s humiliating. So, assuming you have any self-respect, you determine that you’re going to change that. That’s the kind of motivation no self-help speaker can provide. I’ve been more disciplined and exacting about my training in the few weeks since I signed up than I have been in many years.

So go ahead. Get humiliated. It’ll be good for you.

Never Quit: The Journey of a Million Miles