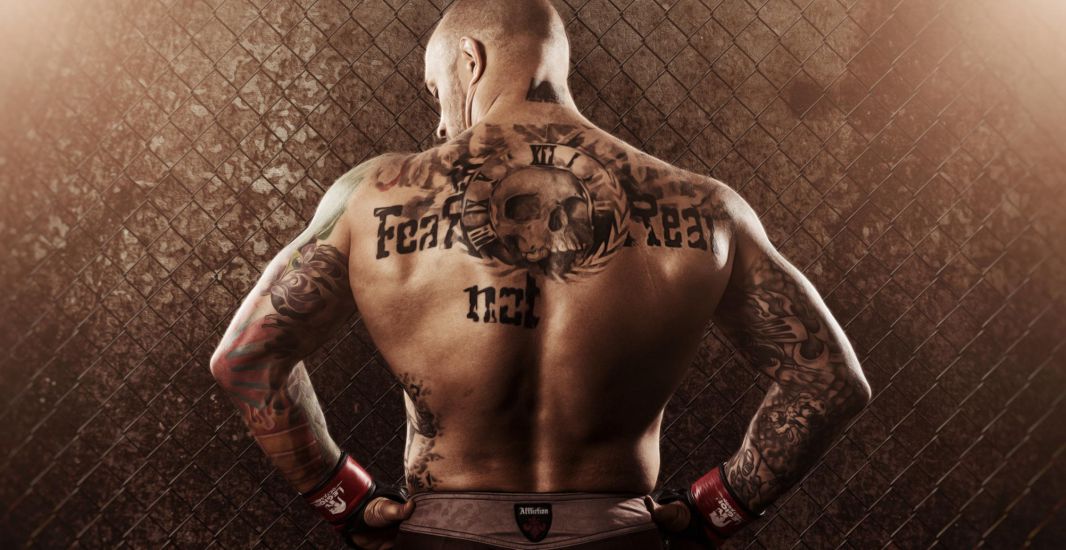 I’m not generally a big fan of this whole blogging phenomenon, but I recently discovered this blog written by a bouncer at two New York City “mega clubs.” Inspired by his entertaining and usually intelligent entries, it’s occurred to me that quite a few martial arts students, possibly including some of you reading this, are into the arts to become a Martial Arts “tough guy.” You don’t want to take any sh*t from people, and you want to be the “man” – the guy who goes around enforcing what he thinks is justice, but is in reality his own selfish desires. Possibly you think doing so will garner you a “posse” and a score you a lot of sex with hot girls. (It won’t, in case you had to ask.)

If this is you, I’ll hazard a guess that you’re probably a male between the ages of 15 and 25. I also bet that you come from a reasonably comfortable background: maybe your parents aren’t on the boards of various Fortune 500 companies, but you probably grew up in a nice grassy community and didn’t have to worry about how to pay for college. You’ve probably never knowingly met a truly “tough guy” before, and you’ve never even seen, much less been involved in, a truly violent event. (Fights during recess don’t count, I don’t care how bad you think you were/are in high school.)

How do I know this? Well, I was once one of those naive, stupid, ignorant guys from an upper middle-class suburb, although mostly I started training in the martial arts was because I just thought they were neat. At any rate, in the years since then, I’ve seen enough to meet actual tough guys. I’ve also acquired a good idea of what a good fighter is, how he thinks and what it takes to become one, whether through a dojo, a boxing gym, or the school of hard knocks.

But not too strong. Sometimes, people take getting hit during class as a personal insult. It’s not. Your classmate or teacher is just like you, trying to master a skill set, and if you got hit, it’s because you did something wrong – not them. Shake it off, congratulate them on their doing something right, and try it again.

Along the way, you will naturally develop two other qualities. The first is an understanding of the many, many vulnerabilities of the human body. If you strike the right areas in the correct manner, you’d be surprised just how many ways there are to injure someone and cause them extreme pain, and how little strength or speed are needed to do it. For instance, in the arm alone, from wrist to shoulder (and thus not including finger joints), I count at least 12 different, basic, and painful ways to attack and disable – and that’s just off the top of my head. There are at least five ways to attack the knee joint. You will learn all about these in the course of your education in the fighting skills, because you will have them done to you (in a controlled manner) during sparring practice, and you will return the favor on your sparring partners. In addition, just as any athlete, you will acquire your own laundry list of strains, sprains, soreness, and joint problems. They’re probably nothing new to you if you were already athletic, but can be a revelation if you started out as a couch potato. So trust me – you’ll know exactly how fragile a thing a human being can be. (As a side note, you’ll also be able to laugh the next time you hear someone describing the human body as a marvel of divine engineering: to wit, if there is a God and he designed the human body, then He didn’t do very good work.)

This understanding, in turn, leads to an ability to empathize. When you hit someone, you know how it feels, because you’ve experienced the technique on the other end. Once you learn to feel someone else’s physical pain, it’s just a short step to being able to see things from someone else’s point of view. You might think that other POV is stupid or wrong, but at least you will understand where he’s coming from.

Thus it’s easy to see why the image of a “tough guy” as a raging, antisocial animal with excess testosterone is a false, manufactured one.

You want to know what a tough guy looks like? I’ll tell you. He looks like any other moderately fit guy walking down the street. He’s not necessarily that big, though there are hints of his capabilities in his walk (solid, balanced, subtly powerful but not strutting), his forearms (very defined, and large in proportion to the rest of his arms), and his eyes (calm, but alert – clearly registering every detail of his surroundings).

As for his attitude, a tough guy doesn’t glare at everyone and threaten them. In fact, truly dangerous fighters tend to be very polite, or at least very laid back and quiet. It’s difficult to provoke them into getting angry, and it can be hard to tell that a tough guy is getting mad, unless you know what to look for in their eyes. A tough guy’s temper is very flexible, much like an archer’s bow. It’ll let a lot of things slide, but once the temper is gone, he will coldly, methodically demolish you, and he won’t just be trying to mark you – he’ll be trying to kill you. And if you’re the one that made him lose his temper, it’s almost certain that your offense was so egregious that anyone would agree that you deserve what’s coming to you. Tough guys try to avoid fights because fighting would destroy their mellow mood irreparably and because they know what it feels like to take a shot and would rather avoid the possibility. Most importantly, tough guys avoid fighting because they are aware that life is not like a Quentin Tarantino movie (however enjoyable such films are) and that violence always has serious, long-term consequences, even for the “winner.”

But most of all, a tough guy tends to be pretty nice if you’re a decent guy, take the time to mind your manners, and get to know him.

The Effectiveness of Taiji in Combat