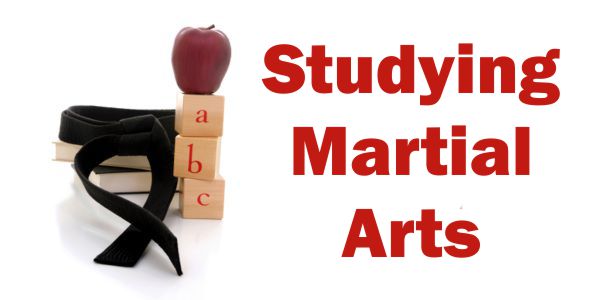 A common refrain heard at many McDojo’s is the hyperbolic truism that “Size/Strength doesn’t matter.”

Do me a favor. If you ever hear a sensei or sifu telling you this, reach out, smack him real, REAL hard, and walk out the door. Anyone who believes that has clearly never been on the wrong end of an incoming haymaker delivered by a large, beefy biker and thus has little to teach you about dealing with the realities of violence. Which is why you’re at a martial arts school right? Right.

These teachers would have you believe that if you learn their techniques and practice them until they are flawless and pretty, you can defeat any big man. The idea is stupid and childish.

Still, these idiots are at least partially right, though not in the way they think. It’s not really strength that matters to a fighter, but power. Strength is merely the ability to work against a lot of resistance – say, a 300 lb. barbell. But power is the ability to deliver and use your strength quickly, accurately, and efficiently against your opponent.

Strength is an attribute. But power – power is a technique, just as valuable as a good reverse punch or a smooth hip throw. Bob Sapp has strength – and he’s used it to become a champ on the K-1 pro kickboxing circuit. At 6’ 7” and 374 pounds of muscle, Sapp should be unstoppable. Yet, he’s nearly been knocked out several times by smaller opponents. (He only survived because his opponents, after getting Sapp on the ropes, would stupidly switch their game plan and hurl themselves at his vast bulk and smash themselves to bits.)

Many martial artists spend most of their time practicing what they think of as technique. They want that roundhouse kick to whip around and thwap against the heavy bag just so. They want their uniforms to snap satisfyingly when they deliver a reverse punch. And they think once they do that, the power will come. Boy, won’t they be surprised when the large drunken construction worker just smiles after getting nailed with that picture perfect, whip-fast roundhouse kick!

Real power is felt, not seen. You see it when a true Taijiquan master (which is quite rare these days, even in Asia) sends a guy (not his student) flying dozens of feet with barely a shrug. You see it when a boxer somehow manages to knock out his opponent with what appears to be a loose, half-hearted jab. And you see it when you see a wing chun master demonstrate his “one-inch punch” – a stunt in which one extends his arm and positions it one inch away from the target, then seems to just flick his arm and send the target flying.

Yet, none of these people are exceptionally strong. They’re not necessarily the people you ask for help when you need to move a refrigerator. How do they do it?

It’s a simple technique called “power.” Power occurs when you have trained your body to use all its muscles and ligaments in every move. A large beefy biker might have thick, muscled arms that can each lift 100 pounds. But if you can get muscle, tendon, and ligament in your body to simultaneously deliver just 10 pounds of force, you can deliver a lot more power into a strike. The technique comes in getting your muscles to act simultaneously – you don’t really need to be a strong guy at all.

And here’s why it’s worth your while to learn about power: it can be applied to any so-called technique out there. If you master a right hook, that’s all it can ever be – a right hook. Sure, you can change the angles or the timing, but you’re still dealing with a right hook. But if you learn how to use power, it will come through with any technique you choose.

And that’s my homily for the day.

Kid Kulinaire: A Website Parents and Kids Will Love