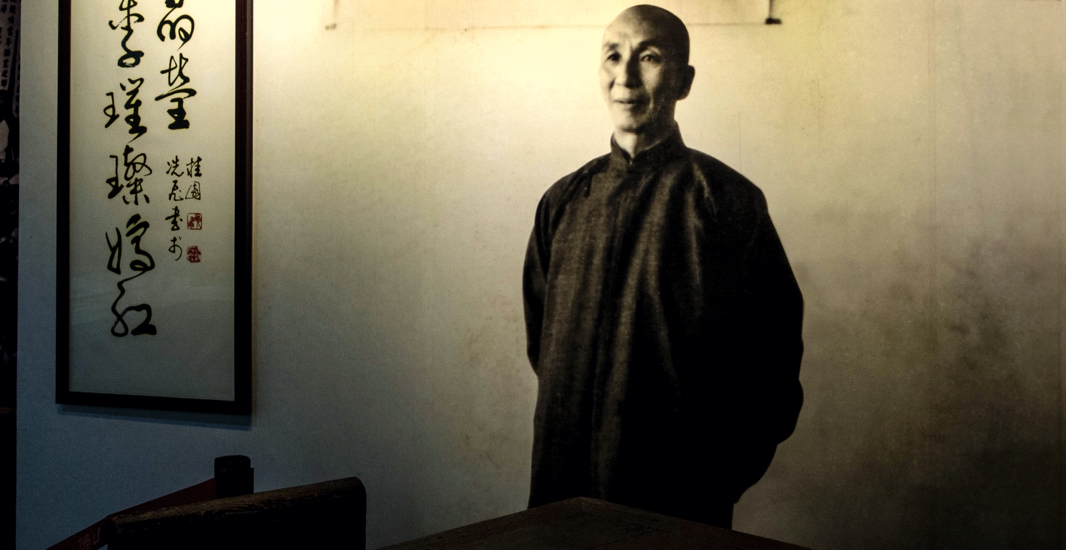 Yip Man or Ip Man was born in 1898 in the town of Fatshan in Namhoi County, Kwangtung Province, Southern China. He was born to a wealthy merchant family. The Yip family permitted Wing Chun master Chan Wah Shun to live and teach a small group of disciples in the family temple, since Chan’s local reputation as a fighter discouraged thieves and highwaymen from attacking the family businesses.

Ip Man would watch Chan Wah Shun drill his disciples in the ways of Wing Chun. Soon the boy’s visits became more regular until, Ip Man was about nine years old he approached Chan and asked to be accepted as a student. Chan Wah Shun was about 60 years old at the time and didn’t want to accept another disciple this late in life.

To discourage him, Chan told Ip Yip that he would admit him as a student as soon as he could pay the tuition price of three taels of silver. But when Ip Man returned the next day with 300 pieces of silver, which was his entire life savings. So once Chan and Ip Man’s parents saw that this boy had such a strong desire to learn Wing Chun, his parents agreed to let him study. And Chan Wah Shun accepted him at which point, Ip Man became the last of Chan’s 16 disciples.

Ip Man studied with Chan Wah Shun for four years, until the old master’s death. Yip subsequently spent another two and a half years training with his senior, Ng Chung So. When Yip was 16 years old, his parents sent him to Hong Kong to attend St. Stephen’s College. There, he quickly fell in with a clique of classmates who liked to offer and accept kung fu challenges. He welcomed the opportunity to put his Wing Chun training to the real test.

Yip discovered that he liked to fight. He would accept a challenge on the slightest provocation. On one such occasion, a classmate named Lai dared Yip to go after an old kung fu practitioner who worked at the silk company of Lai’s father. The man was well into his 50s and very eccentric, but Lai insisted the man’s kung fu was very good.

That evening Ip Man found the man living on a fishing boat anchored near the typhoon breakers in Hong Kong Bay. Yip first performed the entire Siu Lim Tao form of Wing Chun. After that the old man agreed to a match. Yip promptly attacked the old man and quickly found himself in Hong Kong Bay. After repeated attempts and repeated soakings, Ip Man wanted to learn from the old man. Ip Man soon found out that the old man was Leung Bik. Leung Bik explained the difference in his Wing Chun compared to Chan Wah Shun’s and proceeded to take Ip Man as a student. Ip Man studied with Leung Bik for two and a half years.

Ip Man returned to Fatshan and told his seniors about the old man that he had met. When his seniors scoffed at him, Ip Man challenged them and defeated them with his newfound knowledge. Ip Man stayed in Fatshan where he was involved with the police and raised a family. In 1948 Ip Man fled to Hong Kong during the People’s Movement.

In Hong Kong, a homeless and penniless Ip Man was given refuge at a restaurant. Ip Man watched the instructor (Leung Sheung) there conduct a kung fu class. Leung Sheung at the time was a practitioner of Bak Mei and Dragon Kung Fu. After watching the class for a time, Ip Man demonstrated his skill to Leung Sheung and Leung Sheung promptly became Ip Man’s first student in Hong Kong. After this Ip Man started teaching Wing Chun to the Restaurant Worker’s Association. Ip Man eventually moved his place of instruction.

Ip Man trained excellent fighters, chief among them are Wong Shun Leung, Grandmaster William Cheung, and Bruce Lee. After 20+ years of teaching in Hong Kong, Ip Man passed away in 1972.