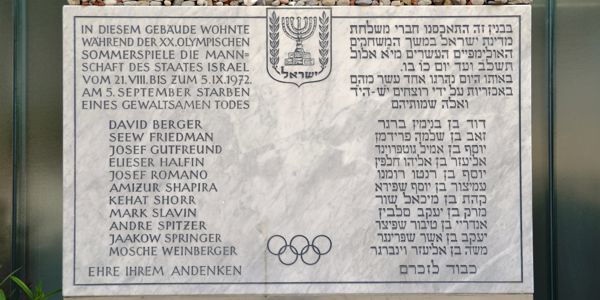 “Always a student, sometimes a teacher”.
“Better a student of reality than a master of illusion”.
“Any weapon – one mind “
Edge weapons don’t run out of ammo and never jam.

The Israeli CQB Martial Art of Kapap has been written in a special ink, blood.

The knowledge came from experience, many times learned by tragic mistakes, then studying the results to understand what needs to be done differently the next time.

Unfortunately, Israel is the most experienced nation in the world when it comes to terror,
and that is why it has developed one of the most valued CQB training systems in the world.

CQB is about evaluation and evolution. A few hundred years ago, archery was a combat tool, while today it is a traditional martial art (i.e. Kyudo, Zen and the Way of Archery). Guns are the archery of modern times and modern martial arts. An arrow is an edged weapon which is projected to a target, just as a bullet is. Gun powder is the bow for modern day archery. In the evolution of Israeli martial arts, we see guns as an integral part. And let’s not forget that when you disarm a gun, you must know how to retain it and use it later.

Israeli CQB training owes its development to many. Though most are missing from any list you will find, all have donated to the art, and no individual can claim ownership. To understand more, research names such as Hanna Senesh, Solomon Aruch (as shown in the film Triumph of the Spirit), Meir Har Tzion , 11 Olympic Athletes massacred in Munich, Daniel Pearl, Ron Arad. If you don’t understand the roots you won’t get it.

Unfortunately, many people claim today to own or be the sole representatives of Israeli CQB, when they actually know very little and have never even set foot in Israeli Martial arts,
thus giving Israeli arts a bad image among serious martial artists. In Kapap we don’t bow and don’t give belts, since this is the way of Japanese martial arts, not Israeli.
Official instructor in the army and police never awarded belts. Either you are the student or the instructor. If you are the student you don`t need a belt – you need to be empty vessel to get it all.

The most valued part of Israeli CQB is the fighting spirit. Kapap was the first CQB training introduced in Israeli history and was based on stick fighting, knives, guns, hand-to-hand and even stone throwing in the old days.

The idea of any CQB is to fight with what you have at hand . . . the gun that you have in your hand when you need it. That is also the main idea behind Israeli CQB.

Evaluation and evolution must be done for every technique in order to examine if it fits our aims. Kapap is based on evaluating a technique to determine whether it can be done by any soldier (for civilians, whether it can be done by the weakest man or woman). It needs to be easy to teach (there could be a better technique but if you don’t have years to train it, start with an easier one). You look for simple, fast techniques that can be easily and quickly learned, implemented and remembered. Abe Drori, one of the first Kapap instructors in Israel, lives today in Los Angeles. At the age of 70 years, someone pulled a 45 magnum at him in an alley, and he used an old kapap technique and disarmed the assailant.

Another important consideration is liability. When teaching military CQB, you can stay in the killing zone, but for a civilian, after disarming a knife you don’t want to kill the guy and go to jail. When teaching police CQB, there are other considerations. Any police defensive tactics program must be approved legally, medically and politically. You don’t want to turn on your television and see a policeman kicking someone.

Two years ago we introduced the Israeli Kapap system to the American public, as we didn’t like the commercial way in which Israeli martial arts were being presented to civilians. More importantly, since the people claiming to teach it were never instructors in the Israeli army, police or secret service, the “Israeli” martial arts being taught were full of mistakes.

All Kapap instructors were blessed to teach defensive tactics in the Israeli Army where it originated and they never used a belt system. They were blessed to be defensive tactics instructors for the Israeli operational police academy in Israel, where they didn’t get involved in martial arts politics or with any of the civilian names that are used for teaching the public. These instructors represented only a part of the training at any army or police training in Israel. For instance the police used the name Hagana Hatzmit, which literally means self defense.

When someone is going to kick you, your life is not at risk, only your ego . . . but when someone pulls a knife or gun on you, you need to know how and when and if you should act. Kapap is a Defensive self defense Tactics system , whose objective is to provide you with these tools.

As is always said, there is nothing new under the sun . . .

As you look at these CQB Manual books from the late ’40s they remind you of Krav Maga / Kapap / Lotar and other manual books of CQB at the army. Look at Applegate’s book. Its just great what he had knew at that time . . .

Check out this site for Applegate’s book. It seems to provide it for free to copy! This is the root for all CQB training around the world including Israel!