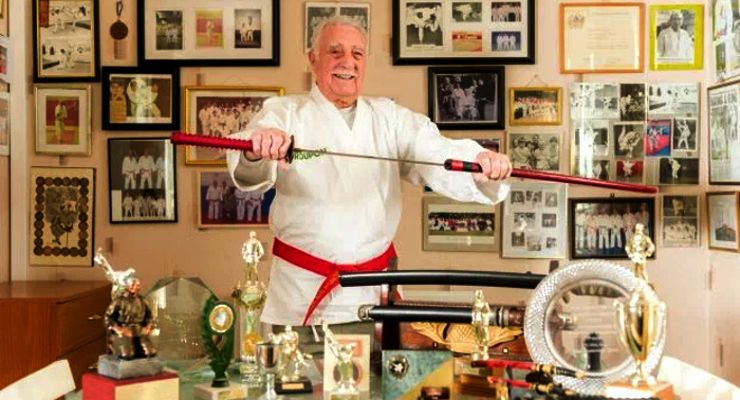 In 1951 Jack Hearn attended his first judo class in North Shields, England and eventually set up a judo school with his brother. Sixty seven years later he is now the oldest judo sensei in Britain, and has taught three generations the art of judo. At 94 he can still take down his opponents, and regards judo not just as a sport, but as a way of life: a mental activity as much as a physical one. The most important thing for his students to learn, he says, is respect: “Respect for their teacher. Respect for the person you’re busy throwing.”

Jack Hearn is from Cramlington, Northumberland, England. He is one of the highest graded judoka, holding a 9th dan or Red Belt in the art. He was a sergeant in the Northumberland Fusiliers during the Second World War and served in Africa, Italy and Germany and he worked the on the docks in North Shields.

Jack Hearn wants to test for his 10th Dan but must wait until after his 100th birthday in around 2024. He also likes dancing, which he has recently taken up.