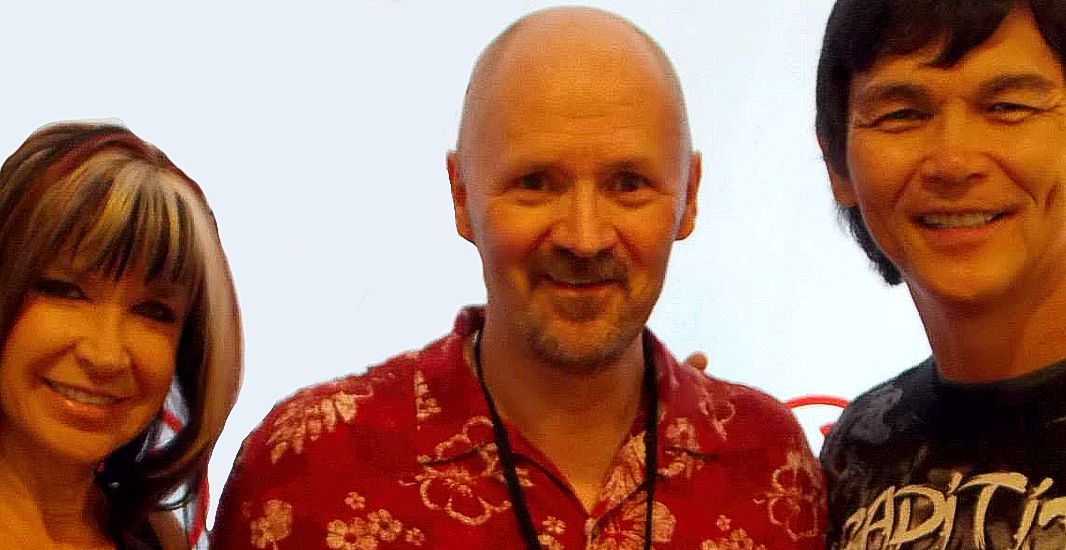 Martial artist James Woodson has trained in Kyokushin karate and he had a competitive martial arts career during the late 1980s.

“I competed nationally out of Nevada and California,” he said. “That drove me to get to where I’m at. I put on tournaments and did things to get noticed.”

It was Jose Tolbe, his martial arts instructor, who made a difference in his life.

“If it wasn’t for him I would never have accomplished what I have,” Woodson said. “He trained me and gave me my Black Belt.”

“He works with the kids competing in sport karate, gets them ready for tournaments, and he can still kick high,” Reis said. “It’s pretty amazing to see. He’ll come out and help any time. It’s awesome to have somebody of that caliber and personality, to have access to the knowledge he possesses. He’s seen it all in martial arts.”

Reis met Woodson in 1998 after relocating from Hawaii to St. George, Utah.

“He’s a very nice and friendly person,” he said. “He always makes you feel like you’re the important one when he’s talking to you.”

Woodson enjoys training at Ace Martial Arts because, even at age 56, he wants to win his third world championship.

“I thank my lord and savior for allowing it to happen,” James Woodson said of receiving his award. “If you have a goal in mind, don’t let anything take you off that goal, as long as it’s not destructive. Whatever it might be, to reach the goal will take a lot of hard work, but never give up.”

Reis said that attitude is what makes Woodson so special.

“He’s the greatest guy you can meet,” Reis said. “He’s the epitome of what a martial artist should be.”

James Woodson, got national recognition for his talents when he received the Golden Lifetime Achievement Award from the 2014 Masters Hall of Fame in Texas.

James Woodson received the Gold Award, which is reserved for those who have at least 40 years of martial arts experience. Woodson has 44 years of experience and is a two-time world champion.

“It was like being in the presence of martial arts royalty,” Woodson said of the awards banquet, which was held in Fort Worth, Texas, on June 7, 2014. He said the Masters Hall of Fame is the martial arts equivalent of the Academy Awards for movie stars and that several martial arts celebrities were in attendance. “Just the people that were there, it was amazing to be able to stand there and be included with people that I look up to for their abilities and talents, and that they consider me an equal.”