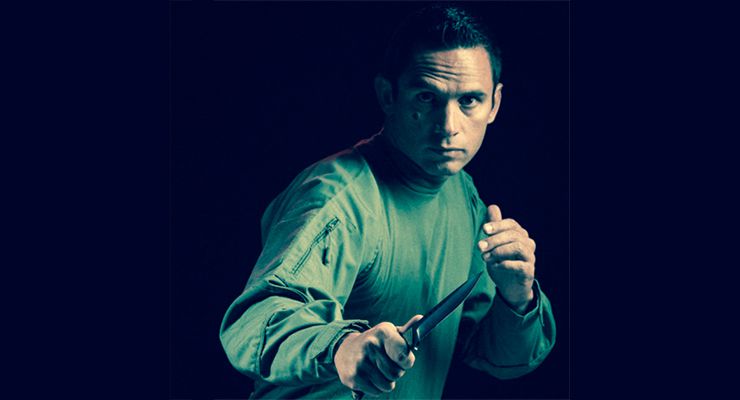 Tuhon Jared Wihongi is a full-time International Tactical Combatives or Hand-to-Hand Combat instructor, as well as a Firearms and Martial Arts Instructor and Consultant. He is known internationally as a Pekiti-Tirsia Kali instructor who specializes in complete tactical application and integration of empty-hand, edged, and impact weapons, and firearms skills in extreme close-quarters.

Martial Arts
At the age of 11 while growing up in New Zealand, Jared Wihongi began training in the Japanese martial art Shorinji Kempo, and later transitioned to boxing in his teenage years.

From 1994-1996, Jared lived in the Philippines where he was introduced to the Filipino martial arts, much known for their combat focus and emphasis on edged and impact weapon application. This became a real passion where Jared placed a lot of his physical energy, and over the years he has moved up to the rank of Tuhon in the art of Pekiti-Tirsia Kali.

A lifelong student of the combat arts, Jared Wihongi has also taken the opportunity over the years to study Brazilian Jiu-Jitsu, Muay Thai Kickboxing and the Polynesian martial arts of his native New Zealand (Mau Rakau), to name a few. While working his way through university in Hawaii, and prior to becoming a Police Officer, Jared worked as a Bouncer in a Honolulu night club. It’s during this time that he started figuring out ways to make the martial arts he had been training work in this real-world and often violent environment.

Jared Wihongi is the Founder and President of the Pekiti Tirsia Tactical Association, an international martial arts organization dedicated to teaching and training the Filipino combat art of Pekiti Tirsia Kali, with an emphasis on tactical application. He spends much of his time traveling throughout the United States, Asia, Europe and South America teaching civilian martial arts seminar through this association.

He is fluent in Filipino (Tagalog), Brazilian Portuguese, and has a Bachelors Degree of Science in Business with a major in Accounting from BYU Hawaii and the University of Phoenix.

Law Enforcement
Jared Wihongi’s law enforcement background spans 15 years, and he credits this background with shaping his professional persona. His vast experience working as a SWAT Operator and Street Patrol Officer has heavily influenced his approach to developing, teaching, and applying his combatives and close-firearms programs.

Some Past & Present Law Enforcement Training Clients Include:

Military Contracts
Jared Wihongi has developed a strong following in a number of military units primarily in the Special Operations community worldwide.

Some of the events and units Jared has provided training for include the following: