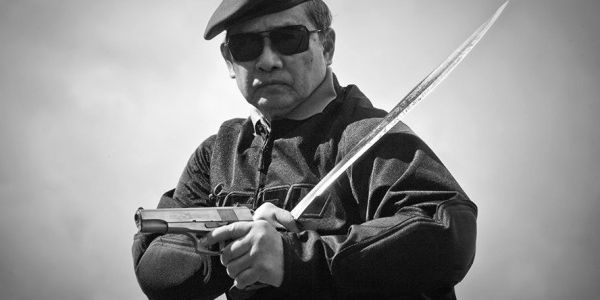 Kali is the indigenous fighting art of the Philippines. With its Cultural and Philosophical values its history traces back more than 1500 to 2000 years in the past. The Pekiti-Tirsia system of Kali is the family system of the Tortal Family. It is headed by the only sole heir Grand Tuhon Leo Tortal Gaje, Jr. Right from the beginning Pekiti-Tirsia Kali convinces with its logical and consequent Self-protection System, which is based on the Strategic and Tactical application of Counter-Offensive techniques as defense.

In the year 1997 the Centennial Celebration for 100 years of Pekiti-Tirsia was celebrated in Subic Bay, Zambales, Philippines last October 25, 1997. Pekiti-Tirsia is the only Filipino Martial Art that made the first one hundred years celebration.

Pekiti-Tirsia Kali is the only system recognized by the Philippine government including the teaching of the system to the elite Force-Recon Philippine Marine Battalion, Armed Forces of the Philippines.

Systematic Approach
Pekiti-Tirsia Kali is a compact and comprehensive fighting system. It encompasses all phases of self-protection.

The Pekiti-Tirsia System is based on the principle of offensive defense against Edged or Impact Weapon Attacks. The very same principle is true and functional for empty hand fighting. Therefore, in the Pekiti-Tirsia system, there is only one set of fighting principles and movement – no matter if attacker or defender are armed or unarmed. This structure allows a more economic use of practice time and creates confidence by understanding and experience. If a method works against an opponent armed with a knife, it also works against the unarmed opponent.

The Mastery of a set of movements requires hard work and full time dedication. In the Pekiti-Tirsia Kali system mastery is acquired by the application of movements through distance sparring and close-in technical exchange by use of tapping and cross-tapping methods.

Because a skilled knife-fighter does not rely rely on on brute muscle power, but on speed, timing and co-ordination, Kali offers convenient and logical methods against stronger opponents – no matter if knife or empty hands combat.

Pekiti-Tirsia Kali for Law Enforcement and Security Personnel
Majority of Police Officers and law enforcement personnel in the United States, Europe and Asia have viewed the Police Training Film “Surviving Edged Weapons” which was produced by Calibre Press of Chicago USA, accepted and recognized worldwide as the best training tape on Edged Weapon awareness which featured Grand Tuhon Leo T. Gaje, Jr. as technical advisor. If it comes to Blade Awareness and Tactical Knife Defense this police training film qualifies as world standard.

The Safety Baton System, which Grand Tuhon Gaje has developed out of Pekiti-Tirsia Kali, is a training method especially developed for Law Enforcement Officers and Security Personnel, which is setting standards in the field of application of intermediate force. Dr. Kevin Parsons, Exec. Director of the US Justice System Association, said: The Safety-Baton System is ” without question the most dynamic, the most innovative and certainly the most effective system that in almost 20 years of police training it has been my pleasure to review.”

Pekiti-Tirsia as a Tournament Sport
During the last decades out of the Filipino Martial Arts several sports versions for tournaments have been developed. Despite the fact that Pekiti-Tirsia Kali has not been designed to specialize in tournament sports, it proved to be effective in the sports arena too. Pekiti-Tirsia Kali has produced several national and international Champions in full contact stick fighting, as for example the Grand Champion of the First (1st) National Arnis (Kali, Eskrima) Tournament held on the Philippines in 1979.

In the field of Real Contact Stickfighting – Stickfighting with minimum or without protection – the Pekiti-Tirsia system is highly respected. Grand Tuhon Gaje’s student Eric Knaus was the founder of the now worldwide respected Dog Brothers, and he is still respected as ‘Top Dog’ of this group. In the year 1998 Pekiti-Tirsia Philippines, Inc. organized the Battle of Grandmasters. A tournament following the Total Submission Policy – fighting without any protection gear (no glove no helmet!) with unpadded sticks, no referee, no time limit, no rules. Fighting was done on challenges (Master and Grandmaster division) and as a challenge tournament (advanced students). The tournament was open to all styles, and Masters and Grandmasters from more than 15 styles have been personally invited – but only Pekiti-Tirsia fighters were willing to fight under the said conditions.