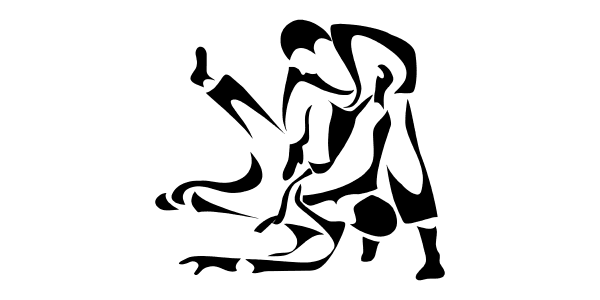 Any boy who grew up relatively small in 1950’s and 1960’s America, in the time of John Wayne and Roy Rogers, of Rocky Marciano and Sugar Ray Robinson, probably got picked on by larger boys sometime in their school years. I was no different. Got tired of it, too. So, at age seventeen, I persuaded my parents to enroll me in a Judo Class. There, in a YMCA in Norfolk, Virginia, in 1968 I began the study of Dr. Jigoro Kano’s Judo, or, “The Gentle Way”. It did not come easy. My progress was slow. Despite having the legendary Don Schneider as a Senior Sensei, and the great Ray Vaughn Spruill also, I progressed slowly. Still, along the way, progress was made. Sensei Schneider worked with me a lot, one-on-one, before classes officially started sometimes, when I would arrive at the Dojo right after school, hours before class. So too, to a lesser extent, but a still significant one, would Sensei Spruill. As I progressed I sensed a change within me, gradually and over time.

Then, one night, in Randori, after Sensei Spruill had taught me a counter to Sensei Schneider’s favorite throw, Tomoe-nage (somersault throw), I was able to execute the counter successfully and to reverse the advantage my way, applying an arm bar to Sensei Schneider and following him to the mat. As I executed the counter (a 180 degree spin move while poised atop the thrower’s foot, just prior to his snapping the kick upwards which would propel his victim through the air and over his head) I realized that , “Hey, this stuff is really helping me!” Months earlier, poised in that vulnerable position, my sole thought would have been one of survival, making the proper “landing”, executing a ukemi exactly and effectively so as not to get hurt. But, even in the throes of executing the counter, I was very aware of the milestone I had just achieved, having the poise under pressure, in the midst of being thrown by a famous Grand Master with his legendary favorite technique, to think it through quickly and apply what I had been taught and to counter the throw. Of course, as anyone who knows Hanshi Schneider can appreciate, he was also legendary for being virtually invincible on the mat; before there was Royce Gracie, there was Don Schneider. Once on the mat with Sensei, who was about fifteen years my senior and who outweighed me by close to a hundred pounds, my arm bar was quickly countered and I was soon submitted. But no matter. I HAD WON on a very important level. A major first step had been taken. And I was a much changed individual forever after that.

Now, anyone who has ever gone sailing through the air, the victim of a Judo throw, or of any technique, really, from any of the martial arts, knows that there is nothing “gentle” about falling. Even after extensive training in the “art” of falling, falling is still not among the most pleasant of human activities. And, there is nothing gentle about being choked out, or submitted. Yet, compared to many other martial arts, Judo is, indeed, “The Gentle Way”, emphasizing throws, holds and chokes in preference to the more destructive strikes and techniques of other, more violently based disciplines. It affords a person who might be a pacifist at heart an effective, yet (usually) non-lethal way of defending himself, or herself. And, at a young age, that appealed to me a great deal.

Over the years I gradually drifted away from the arts for a while, but my Judo training stood me in good stead several times over the years when I had to defend myself against others, while in the service, or while participating in informal team sports where tempers would sometimes flair.

Yet, Hanshi Schneider was the first to introduce me to the concept that we study the martial arts primarily so that we will never have to use them. Later, when serving as guardian to my nephew, in my twenties and thirties, I tried to instill this philosophy into him—that violence is only permissable in self defense or in the defense of a weak person being set-upon by a much stronger and more capable person. And only then, when every other approach has been tried and has failed to resolve the situation.

Many years later, I would resume the study of martial arts under the teaching of Hanshi Donald Miskel during the years he lived here in Arizona, where I reside. I will write of that in the near future. But, for now, let me just say that those early days of my youth, when I studied Judo under the great masters God so fortuitously put into my Life’s path, men like Hanshis Schneider and Spruill, helped to shape my Life for the better—to an infinite degree. And I am forever grateful for them and for their teaching and for the time they invested in a skinny young boy from the South.