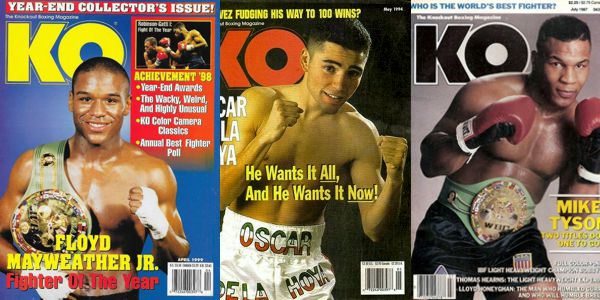 KO Magazine was an American boxing magazine, nicknamed “The Knockout Boxing Magazine”. The Magazine featured a round-by-round section where the most important fights were described punch by punch. It had centerfold posters with the boxer’s complete records on the back, and a question and answer interview section.

KO Magazine was meant to be a rival to The Ring and KO outsold The Ring magazine for years. Peter King was editor from KO’s founding until his departure from the company in 1987.

KO and World Boxing ceased publication after the acquisition, and Pro Wrestling Illustrated was sold back to Kappa in 2009. Golden Boy presently still owns The Ring.