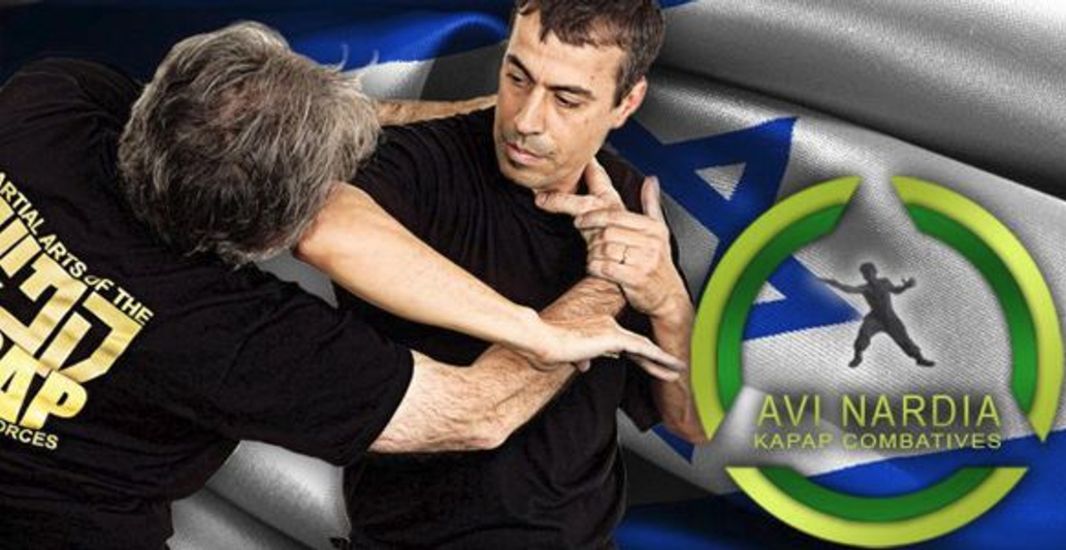 For Success in Sparring and Self-Defense, It Pays to Think Outside the Box!

“Shapes are important in the martial arts,” Avi Nardia says somewhat matter-offactly. “Karate, fencing and hsing-i, for example, are very linear arts. Wing chun kung fu is also linear, as you can see when a practitioner tries to take the centerline of his opponentʼs body.”

The Israeli martial arts expert mentions the predominantly linear nature of most styles to point out a self-imposed limitation in the average martial artistʼs fighting mindset. “Whether theyʼre sparring in the dojo or defending themselves on the street, people tend to think only of moving forward to attack and backward to avoid an attack,” he says. “They donʼt immediately think about moving from side to side.

“We can move from side to side in any kind of fight—and we must move that way in self-defense.”

“If Iʼm fighting you, Iʼll always take a 45-degree angle to attack you,” says Nardia, who recently relocated to Israel after spending several years teaching in Rochester, New York. “The Japanese named it tai sabaki. Once you start using tai sabaki, youʼll find it much easier to defeat your opponent.”

In fact, using angles of attack can make it so much easier to get the upper hand that organizers of many martial arts competitions long ago decided to remove this Xfactor
from their events. “They keep things linear to make it harder for both sides,” Nardia says. “Thatʼs why in fencing tournaments, they use a very narrow strip for their matches. It forces the competitors to get really good with their timing so they
can ʻsteal the linearʼ of their opponent.

“In kumite, itʼs the same thing. Being forced to attack always along the linear path makes you develop your speed. Thatʼs fine if you have the ability to become faster than all your opponents, but if youʼre a slower fighter, you must master angles. That will help you defeat fighters who rely only on speed.”

“In kapap, we divide training into sections,” Nardia says. “In addition to linear training, we do circle training and triangle training.” When he and his students engage in linear training, itʼs with the understanding that itʼs basically force against force and speed against speed.

“When you want to take the linear, you maneuver forward or backward with your legs,” he says. “Or you can manipulate your opponentʼs hands to the side to open a path to his centerline—like they do in wing chun. However, if you use your legs, it can give you more opportunities.”

Studying a linear art like fencing or kendo offers numerous benefits, he says. “Perhaps most important, it makes you fast. When I do boxing, people say my hands are fast—itʼs because of all the kendo Iʼve done. It doesnʼt matter if youʼre talking about a jab with your fist or a jab with a sword—a fast move is a fast move.”

When Nardia and his students partake in circle training, itʼs always with the understanding that theyʼre sacrificing certain advantages. “Linear attacks are the fastest and give you the longest reach, which means that when you go in a circle, you often lose time and the ability to cover distance,” he says. “However, you gain the ability to attack and retreat off-angle, which your opponent probably isnʼt expecting. That gives you the element of surprise—itʼs a give and take.”

Another benefit of using circle techniques, he says, is increased power. “Weʼve analyzed the types of attacks used in arts like pa kua and hapkido, and their spinning kicks and circular hand strikes are incredible with respect to the generation
of force.”

The other option when it comes to lines of attack is the triangle. “I learned this from the Machado family,” Nardia says. “Training in Brazilian jiu-jitsu with John and his brothers really changed my life and the way I think about combat.”

Among the triangle-based lessons Nardia picked up was the ubiquitous triangle choke. It takes advantage of the structural integrity of the triangle by positioning one body part on each side of the neck to squeeze the carotid arteries while the third body part prevents the opponent from retreating. The body triangle uses the same approach to apply pressure on the torso.

The inherent stability of the triangle also bolsters balance, Nardia says. Picture a grappler on his knees. Because he essentially has only two points of contact, he can be off-balanced with a push or a pull. If said grappler is in a position that has both knees on the ground—in addition to his head—heʼs much more stable. In ground fighting, this basic lesson in balance has many applications, Nardia says.

About the author: S.D. Seong is a freelance writer based in Southern California. For more information about Avi Nardia and kapap, visit kapapacademy.net.

One of the joys of sitting down with a martial artist whoʼs not a native English speaker is listening as he or she extols bits of wisdom and philosophy in ways that might be described as quaint. The following came from the mouth of Avi Nardia
during the interview:

For more from Avi Nardia, check out Kapap Combat Concepts: Martial Arts of the Israeli Special Forces. The 120-page full-color book outlines his fighting philosophy and techniques. If youʼd rather watch than read, consider the Kapap Combat Concepts DVD set. Volume 1 is titled Principles and Conditioning, Volume 2 is Holds and Third-Party Protection, Volume 3 is Weapons Skills and Defenses and Volume 4 is Brazilian Jiu-Jitsu Applications. Purchase on blackbeltmag.com.

The Psychology of Combat

James Williams - September 21, 2010
We use cookies to ensure that we give you the best experience on our website. If you continue to use this site we will assume that you are happy with it.OkRead more