Our nation was built out of protest of class and cast systems. One class being better than another and such similar ideas. We are a melting pot. We draw our ideas, wisdom, knowledge and philosophies from many different sources and cultures. If we were gem stones we would be multi-faceted rather than the smooth faced cabochon. We have as many personalities as we do people and engrafted cultures. That’s what makes us unique. That’s what makes us strong.

In breeding in any species magnifies whatever weaknesses may be inherit in that species. Recessive traits become magnified and undesirable traits become dominant. In our nation we are constantly exposed to new and fresh ideas. The ability to disagree has contributed to our strength as much as the ability to have common ideas and a common voice. America is a democracy and encourages individuality. Apparently that doesn’t apply in politics and martial arts. Since I don’t want to start a riot I won’t expound on political snobbery, but I will expound on martial arts snobbery.

Give something to Americans and they will make it their own. Anything that we inherit will be given our own flavor. We give our knowledge its own unique character and it reflects our own individual character. Each individual can interpret new knowledge according to his own needs and level of understanding. Where flexibility is possible there is no definitive way of doing anything.

Now with that being said let me present my argument. First a disclaimer. I love the martial arts. I have dedicated the major portion of my life and much of my effort to the arts. I nettles me when an individual with twenty years of study who has studied with one system, one master or one organization feels that he is in the lofty position to judge others who have dedicated two or three times more time to the perfection of their various arts. I have a problem with people who believe that if I don’t do it the way they do it or believe it the way they see it I’m less than credible. Those of us who have studied several systems or are eclectic in our approach are criticized by martial art traditionalists with half our experience. 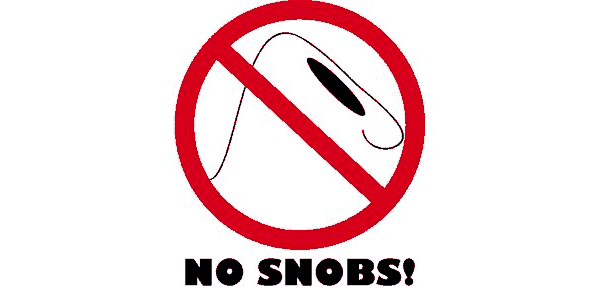 Some people believe that unless you were taught by someone of oriental heritage your knowledge is lacking. Another misnomer is that unless you study the art the way it was taught three hundred years ago you aren’t a martial artist. I’ve heard individuals who couldn’t stand toe to toe with an amateur boxer tell the boxer that he doesn’t study a martial art. Likewise I’ve heard purists tell mixed martial artists who could clean their clock in their sleep that they aren’t martial artists. In all honesty I’ve been guilty of the latter at one time of another but I’m making an attempt at blatant honesty here and I’m not holding myself exempt.

Martial artists all but venerate Bruce Lee. They see him as some kind of martial art saint. This in spite of the fact that he thumbed his nose at the traditional arts and criticized the traditional martial artist. Bruce Lee borrowed what he needed from wherever it was available. His jeet kune do is based heavily on skill sets that many martial artists would claim are not martial arts. In my way of thinking I find that hypocritical at the least. These same martial artists discredit individuals who did the same thing; people such as John Keehan (Count Dante) and Bruce Tegner who did the same thing just as well. What these same martial art snobs don’t realize is that the arts that they study may not be as pure as they think. Karate is an eclectic art. It borrowed from Chinese Buddhist, Taoist and Muslim kung fu systems and added it to their Okinawa te, an indigenous art to form tode which eventually became karate. I won’t even examine the Korean arts. They’re more eclectic than some of the Okinawin and Japanese systems.

The truth is there is no pure martial art nor should there be. A martial art master who doesn’t use what he knows to work isn’t much of a master. A master owes it to his students to keep the art current and usable by the day’s standards. How important is it today to be able to defend against a swordsman on horseback or an armored samurai. If this is what you’re training for, regardless of how traditional you claim your art to be, you are training for disaster. if you are going to be effective as a martial artist you have to be able to deal with the threats that you are subject to be presented with. Karateka of days past trained against the samurai sword because the samurai was one of their most prevalent threats.

I have sent a number of years studying several traditional martial arts. I hold rank in a number of them with advanced rank in several. With well over fifty years in the arts I don’t feel that I need anyone telling me that I don’t understand the arts. I judge a martial art by how well it works and how well it deals with modern day aggression. In the end that’s what a martial art was originally intended for. When we make a martial art something it was never intended to be we run into problems. We garner many additional benefits from the arts but in the end if they aren’t good for self defense or for combat they aren’t really martial.

Boxing doesn’t teach kata. Neither does catch wrestling. What shorenji kempo calls kata many systems would call waza. Would you say that because they don’t have stylized drills to catalogue their systems techniques that they aren’t martial arts? Then you might just be a red ne… Opps, sorry. Wrong argument. You might just be part of the martial art snobbery. By the way Bruce Lee Had no use for kata so by the measure of most of you who idolize him, he wasn’t a martial artist. What kind of sense does that make? Sounds hypocritical to me but then who am I?

Ending this one sided argument I’ll say that I do teach several kata in my system and even include some bunkai. But because, after almost fifty six years in the martial arts, I teach a nontraditional eclectic system I’m not a martial artist. Okay but I’ll spend another fifty years trying to figure out that argument.

Being a Grandmaster isn’t so Grand